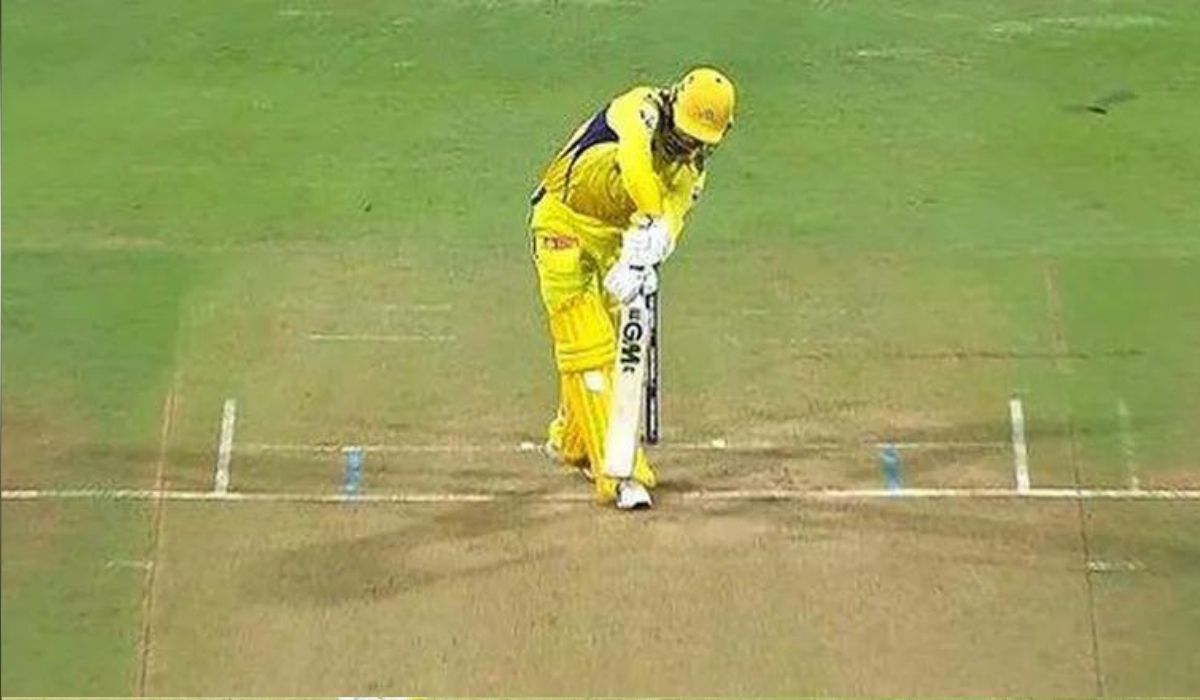 In a shocking incident, Devon Conway was denied DRS at the Wankhede Stadium in a must-win match against Mumbai Indians on Thursday.

Famously called as El-Classico of IPL, Chennai Super Kings and Mumbai Indians locked horns for the second time in the IPL 2022. While MI’s chances of making it to the playoffs are lost, Chennai Super Kings’ chances were hanging by a thin thread. They had to win all their matches and wait for other results to go their way.

This year, CSK won most of the matches because of the efforts of Devon Conway at the top. The Kiwi opener couldn’t do much in the 1st contest after which he was dropped. Conway then came back in the middle of the tournament and had managed to score a half-century in every single match since then.

CSK was expecting Conway to come up with a special knock today as well but unfortunately, things didn’t go his way.

As Daniel Sams bowled a quicker one, the ball swung a bit and was clearly going down the leg. Conway, who came forward to attack was hit on his leg and the Mumbai camp appealed immediately. The umpire raised his finger to everyone’s shock.

Devon Conway immediately walked toward the umpire and asked for a DRS. Unfortunately, there wasn’t one due to a power outage in the stadium. Earlier, the toss for delayed for several minutes because of issues with floodlights. Rohit Sharma opted to field first and right from the toss, everything went right for Mumbai Indians.

Right after Conway’s dismissal, Mumbai bowlers ran through the batting order of CSK and rattled them for just 97. Sams was the major destructor as he returned with three wickets. Eventually, he won the player of the match for his performance.

For CSK, MS Dhoni was the lone warrior with 36* runs on the board but he had no support from the other end. Riley Meredith and Kumar Kartikeya joined the party and had two wickets each while Jasprit Bumrah ended with one wicket.

Considering this was their chance to stay in the hunt, CSK didn’t give up and Mukesh Choudhary went hard on the Mumbai batters. Along with Simarjeet Singh, he removed MI’s top order and at one point, it seemed like the match was on.

However, Tilak Varma made sure to take the team home safe. The youngster, who is the top scorer for MI this year, scored an unbeaten 34 from 32 deliveries and built a tiny partnership with Shokeen followed by David.

With the loss, the defending champions Chennai Super Kings are out of the tournament.

Talking in the post-match presentation, MS Dhoni said that there were a lot of positives to take from this season and the team will look to implement them all for the next season.

“We have a few positives that we’ll take into the next season but what is important is that whatever gaps are there, to try to fill in those gaps so that leakages don’t happen. A few of our batters got out on good deliveries. We can’t really help that but other than that these are the kind of games where you learn a lot so hopefully they are learning from each and every game,” He signed off.