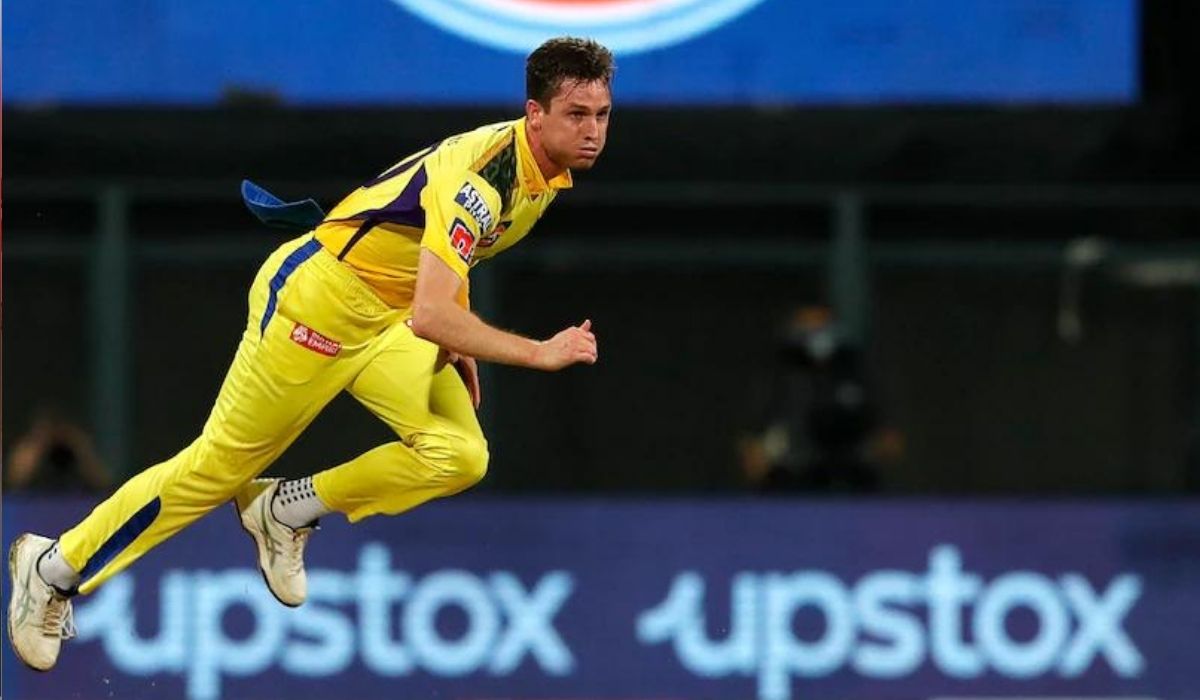 Chennai Super Kings have signed up Sri Lankan pacer Matheesha Pathirana as the replacement for New Zealand fast bowler Adam Milne, who has been ruled out of IPL 2022 because of a hamstring injury.

Milne, who played the 1st match against Kolkata Knight Riders, pulled up the hamstring and did not feature in the rest of the matches. Now, it has been announced that he will be ruled out of the tournament.

Pathirana is the 2nd Sri Lankan bowler who will be wearing the yellow jersey this year after Maheesh Theekshana. The latter has been a regular in this year’s CSK team.

Pathirana came into the spotlight in 2019 for his slingy action which resembles Sri Lankan legend Lasith Malinga and his ability to bowl a yorker.

The 19-year-old Pathirana was part of the Sri Lanka squad at this year’s Under-19 World Cup in the West Indies, where he played four matches and picked up seven wickets at an average of 27.28 while returning an economy rate of 6.16.

He has played only one List-A game and a couple of T20 Matches. Although he is relatively new to the circuit, Pathirana has been on CSK’s radar for a while now. He was the team’s reserve player along with Maheesh Theekshana. The latter was signed for INR 70 Lakhs while Pathirana went for INR 20 Lakhs.

Pathirana is currently the 7th replacement player signed in this year’s IPL. Gujarat Titans’ Jason Roy was the first to get replaced. a couple of fellow England players followed Roy as teams had to find a replacement for Hales as well as Wood.

Nathan Coulter-Nile is yet another overseas player who will miss out on the entire tour for Rajasthan Royals. The team is yet to announce his replacement.

Luvrinth Sisodia, and Rasik Dar were injured as well and were replaced by locals.

Pathirana will be a nice addition to the CSK team as they need a pacer who could bring them consistent wickets. Deepak Chahar used to be the apt choice for the team but the Indian pacer is currently in the NCA, recovering from his injury and is ruled out for at least three months.

The team is currently opening with Mukesh Choudhary. The pacer has done well on occasions but is not consistent and has gone for many runs well.

However, he was the stand-out performer with the ball for CSK in their game against MI recently. Mukesh dismissed the openers early which created the necessary opening for other bowlers to grab wickets. Mukesh ended with three wickets to his name.

Chennai Super Kings successfully picked up their second win of the tournament from their seven matches. This time, the win came against their arch-rivals Mumbai Indians who are still searching for their 1st win and are at the bottom of the table.

CSK, on the other hand, has won a couple of matches and finds itself in the 9th spot.