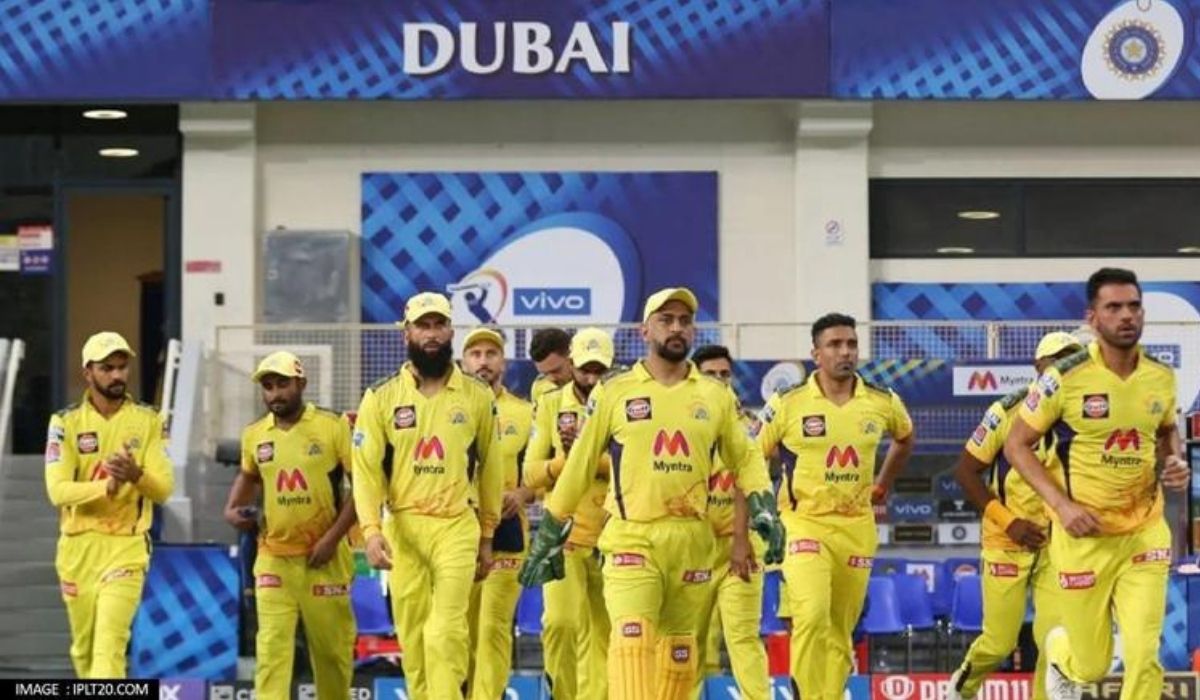 IPL 2022 will kickstart with the opening match between defending champions Chennai Super Kings and last year’s runners-up Kolkata Knight Riders at Mumbai on March 26. CSK has managed to get their core of the team back in the auction, but it had let go a few of their main players as well. Nevertheless, CSK would be the favorites once again in the new season of IPL.

So, what would be the eleven CSK would field in their first match of IPL 2022? Let’s have a look.

He was the reason behind CSK’s success in the last season. Along with Faf du Plessis, Gaikwad helped CSK to a consistent good start throughout the season. In the final against KKR last season, Gaikwad and Faf carried on the good work to post a match-winning total. Gaikwad was retained by CSK for Rs 6 crore before the auction. And once again, CSK batting will revolve around Gaikwad.

Uthappa delivered for CSK in crunch knockout games last season to help CSK win their fourth title. CSK bought him back in the auction for Rs 2 crore, still betting high on experience. He is likely to partner with Gaikwad as the second opener as Faf has now joined RCB this season. Uthappa will be expected to get CSK to roaring starts, just like how he batted aggressively last season at No 3.

Ali played a match-winning cameo in the final of last season of IPL. His all-round skills made CSK retain him before the auction for Rs 8 crore. He is likely to play the floater in the batting line-up. But he is expected to bat at No 3 mostly to carry forward the momentum provided by the openers or resurrect an innings in case of openers falling early.

CSK has a lot of confidence in veteran Rayudu and had a bidding war before roping in the former MI player for Rs 6.75 crore. Rayudu will man the middle-order, where he is expected to bat through the end of the innings while the power-hitters following him make merry and put CSK across the finish line.

Dhoni had a forgettable season last time as a batsman, but his captaincy was spot on. His bets on Uthappa paid off in the playoffs, paving the way for a title. It could be the last season for Dhoni and he would like to add another title before he retires. He would also groom a future captain for CSK while he leads his team this season.

Jadeja will play the role of a finisher once again this season. His all-round skills and his electrifying fielding give the X-factor to CSK. He could be groomed as a possible future leader for CSK as well. He has been retained as the first-choice player for Rs 16 crore before the auction.

A bidding war happened for all-rounder Dube in the IPL auction, and CSK bagged him for Rs 4 crore. Dube had cracked 64 not out in 42 balls for Rajasthan Royals against CSK in IPL 2021 to chase down a target of 190, and coincidentally, next season, he is set to play for CSK. That innings had probably impressed CSK to get him in the squad for IPL 2022.

Despite his age and fitness issues, Bravo saw a bidding war for him, with CSK bagging him for Rs 4.40 crore. He will bowl the death overs, and do the finishing act along with Jadeja.

Chahar was the highest-paid Indian bowler in the auction, bagging a record price of Rs 14 crore. His stock has risen after a few match-winning cameos with the bat apart from his heroics with the ball for India recently. His all-round skills will be the key to CSK’s campaign.

Jordan was bought for Rs 3.6 core by CSK in the auction. Although Jordan has not set the IPL on fire with his previous franchises, he is a much-improved bowler now. Jordan will start with the new ball and would be expected to take early wickets in the powerplay and give an early advantage to CSK.

CSK spent Rs 1.90 crore to get the services of New Zealand bowler Adam Milne who could be the game-changer in the opening match against KKR. With a rich experience of 151 wickets in 136 matches, CSK is likely to start with Milne as a surprise factor against the opponents.