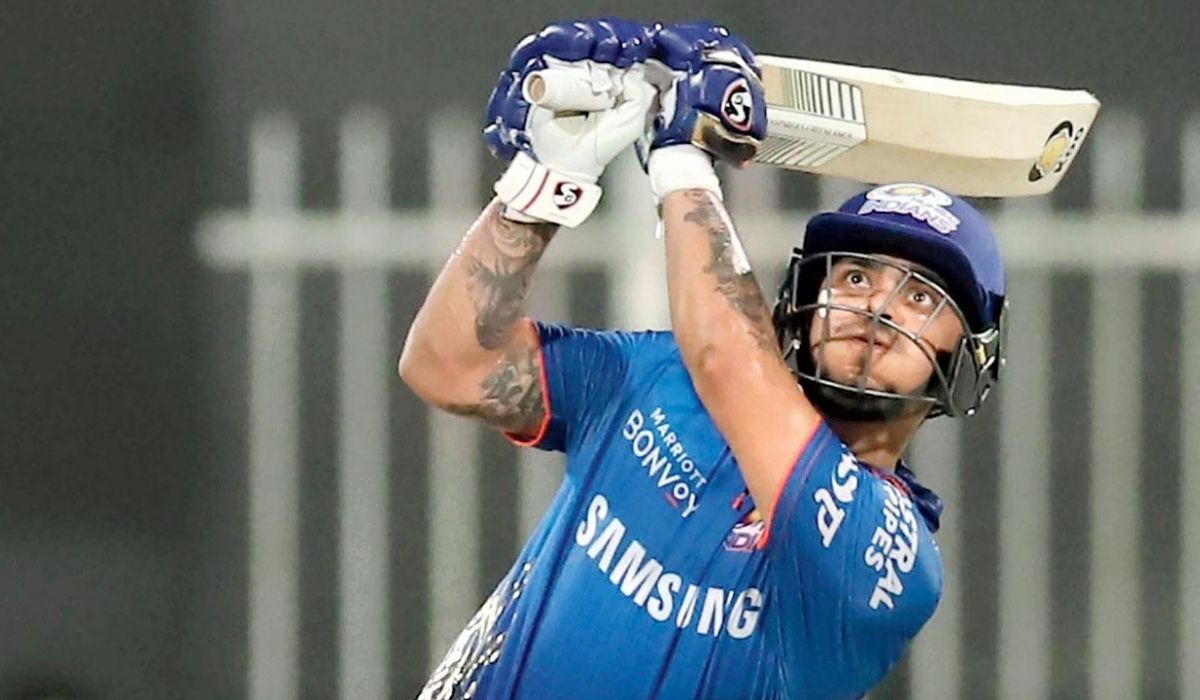 IPL 2022 mega auction is around the corner and is all set to take place in Bengaluru on February 12th and 13th. The two-day auction will witness a lot of star players go under the hammer.

This year, the IPL will witness ten teams with Ahmedabad and Lucknow joining the tournament for the first time. Both teams have already named their staff as well as the captain and have picked up three players each ahead of the auction. Now, along with the other eight teams, they will enter the Mega auction with an identical purse amount. As many as 1214 players have registered for the auction, and each team can fill in their squad with 25 players.

Over the years, many cricketers have won big bucks, going way higher than their base price. Talking about this year’s auction, Harsha Bhogle feels that Indian keeper Ishan Kishan and Tamil Nadu batter Shahrukh Khan would fetch more in the upcoming auction.

Talking about Ishan Kishan, Bhogle said that he ticks multiple boxes which is a big positive for any franchise.

Ishan Kishan first made news with his quick-fire half-century in the Ranji Trophy 2015. He then made heads turn in the age cricket.

After leading the Indian cricket team in the U19 World Cup in 2016– where they ended as the runners up to West Indies– Ishan Kishan made heads turn for his attacking display. The top-order batter got into the now-defunct Gujarat Lions in the 2016 IPL for INR 35 Lakhs where he played for two years.

Mumbai Indians bought him in the 2018 Mega Auction, and since then he was a regular for the team. The 23-year-old’s best season came in the 2020 edition where he ended as the leading run-scorer for the franchise. Thanks to his consistency, he earned a maiden call-up for the national team. Since then, he has been a backup keeper in the national squad.

Since Mumbai Indians opted for Suryakumar Yadav, Ishan Kishan will enter the Mega Auction, and he has set his base price as INR 2 Crores.

Harsha Bhogle heaped praise on Shahrukh Khan saying that there is a spark about him, and he reminds him of Yusuf Pathan.

“I’m expecting him to do really well this year because there is a spark about him, and he’s got a huge presence at the crease. He’s big built, a bit like Yusuf Pathan. You know, Yusuf Pathan in his prime when he was batting, he had that presence about him at the crease, and I find a little bit of that in Shahrukh Khan,” he concluded.

Shahrukh Khan’s first big tournament was Junior Super Kings, organized by the Chennai Super Kings franchise to identify the young talents. Shahrukh Khan ended as the player of the tournament in one of the editions. Along with this, big performances in the local tournaments, helped him to get into the Tamil Nadu squad. He made his List-A as well as T20 appearance in 2014. However, he had to warm the bench for multiple years before making his debut in the Ranji Trophy in 2018.

Thanks to TNPL, Shahrukh Khan’s ability to play the finisher role impressed everyone and his videos were a hit on social media. As a result, he found his IPL home with Punjab Kings where he went for INR 5.25 Crores. He didn’t get many opportunities to play a big knock but was consistent in the last edition.

In the recent Syed Mushtaq Ali Trophy, he helped Tamil Nadu to defeat Karnataka in the final. The last edition’s finalist needed six runs off final delivery and Shahrukh Khan got them over the line with a six over the square leg boundary.

Interestingly, Shahrukh Khan has set his base price at just INR 20 Lakhs. When asked about the upcoming auction, the 26-year-old told Sportstar that he have no pressure or expectation.

“I have no pressure, no expectation from the IPL auction. I’m trying to shut out the outside noise as much as possible. Although I won’t lie… it is there at the back of my mind but I’m completely focused on my training,” he said.