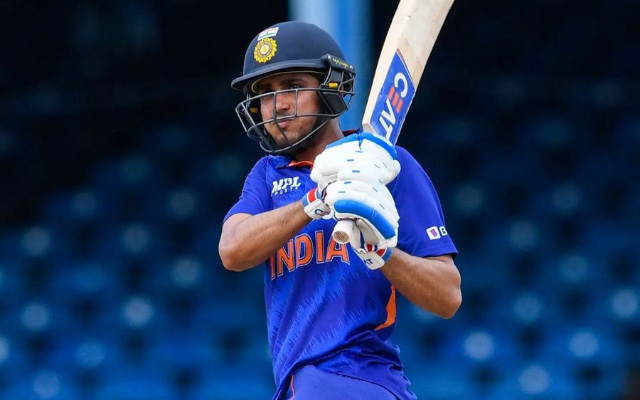 Gill smashed 130 off just 97 deliveries including 15 boundaries and one six. He helped India to clean sweep the series against Zimbabwe by 3-0. The innings got appreciation from several top stars and one of them was Yuvraj Singh.

The former Indian all-rounder took to social media to write: “Finally!!! Well played
@ShubmanGill
u seriously deserved that Ton ! Congratulations on your first 💯 many more to come this is just a start 🤛”(sic)

Notably Yuvraj Singh had played a major role in shaping Shubman Gill’s career right from the beginning. Now, even before he reached Zimbabwe, the Indian opener met Yuvraj and got his advice.

“I just met him (Yuvraj) before coming to Zimbabwe and he just told me that you’re batting well and just go there and when you’re set, look to bat through,” said Shubman Gill in a video uploaded by BCCI.

Gill also mentioned that he was worried about not getting to the triple-figure mark. The Indian opener’s previous best was an unbeaten 98 against West Indies where the match got called off while he was batting.

‘Don’t worry, your hundred will come’

“I was telling him ‘100 nahi aa raha’ (I’m not getting that hundred). And his reply was ‘don’t worry, it’ll come’.” Gill, who was desperate to reach his first hundred after scoring 98 not out in the previous series against West Indies, became the third youngest Indian to score an ODI century abroad after Yuvraj and Virat Kohli.

Talking about the match condition, Gill said that it was a good wicket to bat on. He also appreciated Ishan Kishan’s anchor role while he was batting.

“It was a good wicket to bat on, I got your company and luck was in my favour and it was important for me to make the most of the opportunity ad I am happy I did that,” Gill, who was adjudged the Player of the Match, told Ishan Kishan during a chat.

India managed to win the first two T20Is with ease but they had to put up a fight in the third T20I. Zimbabwe’s Sikandar Raza smashed a ton and took the team closer to the target. India pulled it off in the end to win the match by just 13 runs. Shubman Gill’s dive to take the catch, changed the course of the game in the end.

“The game was pretty tight. We didn’t expect the game to go this deep but this is what cricket is about,” he said. “When the ball went in the air, first I was thinking, ‘ok, it’s going to come to me at an easy pace’. But the ball was dipping and I was like ‘it shouldn’t fall down’. So I just dived to take the catch.”