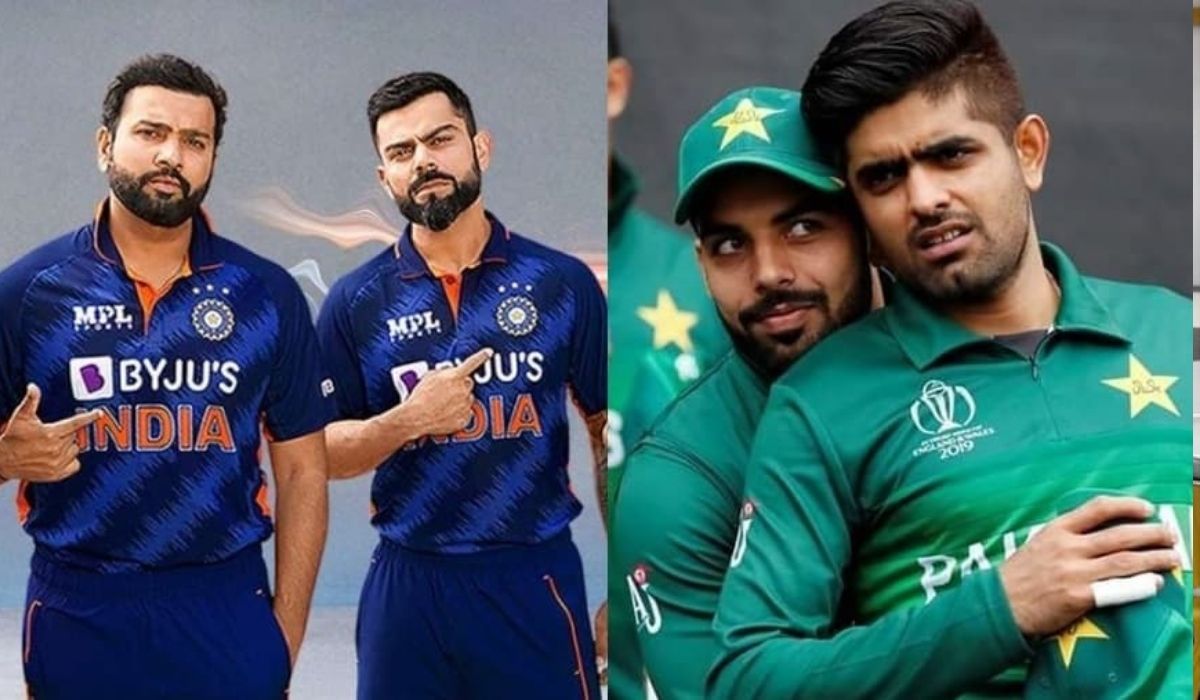 The International Cricket Council had announced the schedule for the upcoming Men’s T20 World Cup on Friday. The tournament will commence on October 19th with the first-round matches. To celebrate the announcement of one of the biggest global events, Australia’s seven host cities were lit up with pictures of global superstars.

India will kick start the hunt for their 2nd Men’s T20 World Cup on October 23. The World Champions of the Inaugural edition will meet their arch-rival in their first game at the iconic Melbourne Cricket Ground. India and Pakistan are two of the 12 teams to directly qualify for the Men’s T20 World Cup 2022.

The hosts, the last edition finalists along with the other top six ranked teams will directly get into the Super 12 stage while the last four-ranked teams will be playing the First round matches alongside four other qualifying teams from the Global Qualifying events. Sri Lanka, Namibia, West Indies, Scotland are the four teams who will be playing in the First Round matches this year.

The cut-off date for the rankings was November 2021. During that time, West Indies had lost their match against Australia which pushed them to the 10th rank just behind Sri Lanka. As a result, Bangladesh climbed up a couple of spots and moved to the 8th in the rankings, getting a direct ticket to the Super 12. West Indies loss also meant that Afghanistan would directly qualify after ending at number seven in the rankings during the cut-off date.

The 2014 World Champions Sri Lanka will kick start the tournament on 19th October where they meet Namibia in the first match at the Kardinia Park Stadium, Geelong. They will be joined by further two teams from the Global Qualifying Events in Group A.

Group B consists of West Indies and Scotland along with two other additional teams from Global Qualifiers.

The six-day-long First round matches will feature double-headers all-day until 21st October. Geelong and Hobart will host all the first-round matches. The teams to finish top-two in both Groups will move to the Super 12 stage.

In the Super 12 stage, England, New Zealand, Australia, and Afghanistan are drawn together in Group 1 while India, Pakistan, South Africa, and Bangladesh made it to Group 2.

The first match in the Super 12 stage is the repeat of the final of the last edition, the 2021 World Cup. The hosts and defending champions will meet New Zealand on 22nd October at Sydney Cricket Ground.

On the same day, England and Afghanistan will lock horns at Perth Stadium. The iconic India-Pakistan clash will take place on Sunday, 23rd October in Melbourne Cricket Ground.

The teams that finish in the top two of the respective groups will meet in the Semi-Final. Sydney will host the first semi-final while Adelaide will host the second. The final of the tournament will be played on November 13th at the Melbourne Cricket Ground.

This will be the first time Australia will be hosting a T20 World Cup since the Women’s T20 World Cup in 2020. The final of the tournament was played before a jaw-dropping crowd of 86,174 spectators, a record crowd for women’s sport in Australia.

Talking about the tournament fixtures, International Cricket Council CEO Geoff Allardice said: “This schedule offers so much, from the 2014 Champions Sri Lanka opening the event, to our defending champions Australia starting with a rematch of the 2021 Men’s T20 World Cup Final against New Zealand and of course, India taking on Pakistan at the MCG.

We know that hundreds of thousands of passionate cricket fans will turn out to support every single one of the 16 teams across all seven of our host cities which is what makes it so special for the players. You only need to cast your mind back to the brilliant ICC Women’s T20 World Cup 2020 in Australia to know that this is going to be a wonderful event for players and fans alike.”

India will enter the tournament with a new captain after Virat Kohli stepped down from the captaincy right after the 2021 World Cup loss. Rohit Sharma, who was also a part of India’s World Cup T20 winning campaign in 2007, will lead the side.