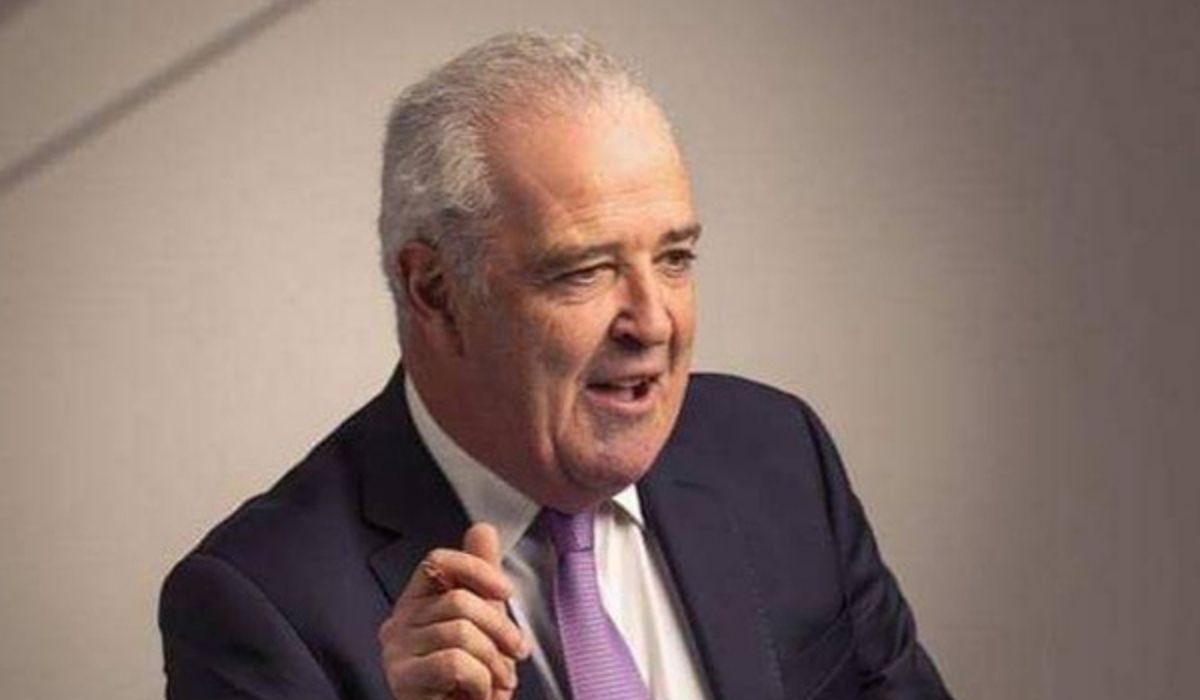 The Indian Premier League 2022 Mega Auction was disrupted on Saturday, day one, as auctioneer Hugh Edmeades collapsed during the second session of the auction. Franchise owners were shocked and immediately called for medical assistance after the auctioneer fell face first on the stage.

Day one of the Mega Auction began on Saturday in Bengaluru. The high intense auction saw the teams paying millions for multiple players, unlike earlier auctions. The franchises went all-in for as many as ten players who ended with 10+ Crores. One of those players was Sri Lanka’s Wanindu Hasaranga. The Sri Lankan all-rounder saw some big bidding war, and Hugh Edmeades was calling them until he collapsed all of a sudden.

He was given immediate medical attention and the auction halted for a while. Soon, they took an early lunch, and famous commentator Charu Sharma took over the proceedings.

The official update regarding the health of Hugh Edmeades came in the afternoon after his check-up. The Indian Premier League tweeted that he had a fall due to Postural Hypotension and he is stable now.

“Mr. Hugh Edmeades, the IPL Auctioneer, had an unfortunate fall due to Postural Hypotension during the IPL Auction this afternoon. The medical team attended to him immediately after the incident & he is stable. Mr. Charu Sharma will continue with the Auction proceedings today,” IPL tweeted.

Who is Hugh Edmeades?

Hugh Edmeades was appointed by the Board of Control for Cricket in India (BCCI) in 2018 to replace Richard Madley.

According to Hugh Edmeades’ official website, the auctioneer has been around for more than 40 years. In fact, he has served as Christie’s auctioneer for 35 years. During his time, he has conducted more than 2500 auctions. Some of his major highlights include auctioning of the famous Audrey Hepburn’s ‘little black dress’ from Breakfast at Tiffany’s, Daniel Craig’s Aston Martin DB10 from the James Bond film. He stepped down from the role in 2017 and since then, he has been a freelance auctioneer.

How Charu Sharma reached the auction

Charu Sharma, the famous commentator, has been away from major cricket for a while now. He is currently a freelancer and takes up jobs whenever it comes. His recent work includes Maharastra Open.

When Hugh Edmeades collapsed, his old friend Brijesh Patel – now the chairman of the IPL Governing Council, turned up to him. Charu Sharma, who was having lunch along with guests at home, was surprised to receive Brijesh Patel’s call.

Patel had asked him to ‘just put on some clothes and run’. Since he stays near the hotel, Sharma reached the location immediately and he had an hour of briefing.

Sharma, who has also worked as a local auctioneer, took over the proceedings. In the end, he was given huge applause for his work.

Day one of the auction witnessed some of the biggest names going under the hammer. As many as 97 players including capped, uncapped, Overseas cricketers went for auction.

The auction began with the bidding war for the Indian batter Shikhar Dhawan. The veteran went to Punjab for INR 8.25 Crore. However, Ishan Kishan became the second-most expensive buy of IPL auction when Mumbai Indians got him back for INR 15.25 Crore. Deepak Chahar and Shreyas Iyer are the other two expensive buys on Day one.

As many as 74 players found their home for the IPL 2022. One of the biggest names to go unsold for now is Suresh Raina. The Mr IPL couldn’t find any bidders for him. However, there is still a chance that he could make a comeback on Day two, on Sunday.

Unlike Day one, The second day will see ‘accelerated auction’. Since there are more than 400 names on the list, it is impossible to go through all the names in one day. Thus, an accelerated auction will take place to reduce the time. The teams will go through all the names and they will come up with a few potential names whom they think will be a perfect fit for their squad. Only those players will go under the hammer on Day two.

Some of the biggest names who are likely to attract big bucks are- Jaydev Unadkat, Ajinkya Rahane and the whole list of players from the India U19 World Cup-winning team.

Charu Sharma will be the auctioneer for Day two of the auction as well.