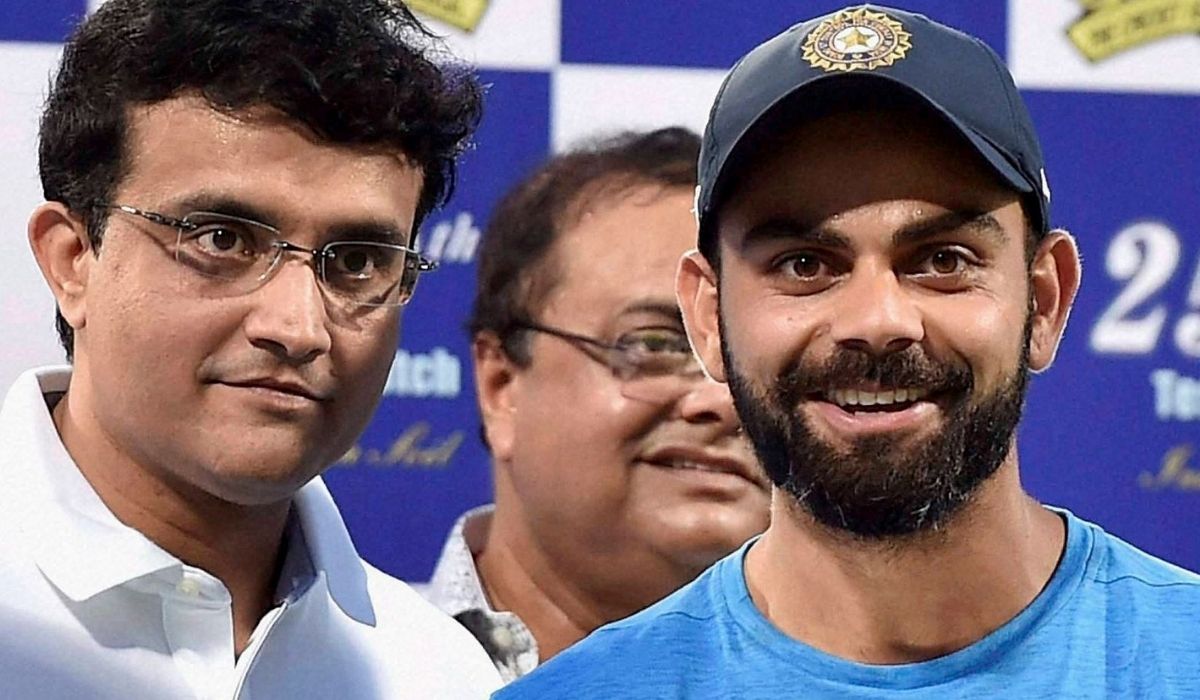 In a major revelation in the whole fiasco between Virat Kohli and the Board of Control for Cricket in India (BCCI), it has now come to light that the BCCI president Sourav Ganguly wanted to issue a show-cause notice to the then Indian Test skipper Virat Kohli for his explosive press conference in the month of December.

It has been learn’t that Ganguly wanted to send the notice right before the Test series between India and South Africa in the last month, December 2021.

Virat Kohli, who had stepped down from the T20I captaincy then, addressed the press right before his departure to South Africa.

All is not well between Sourav Ganguly vs Virat Kohli

This was the first interview by Kohli after relinquishing the captaincy duty in the shorter format of the game, and he made a few major revelations. During the conference, Kohli revealed that no one from the Board had contacted him to reconsider his decision to give up the captaincy in T20 cricket.

The statement left everyone confused as it contradicted Ganguly’s statement. The BCCI president had said that he personally requested Virat Kohli not to give up the leadership role in the shortest format.

Apart from that, Kohli also spoke regarding the ODI captaincy decision. He complained about the lack of communication between the Board and him; adding that there was no proper statement from the Board for removing him from ODI captain.

It is to be noted that Kohli wanted to continue as the captain of the ODI team along with the Test captaincy.  However, he was removed and subsequently replaced by Rohit Sharma in the limited-overs format.

These comments which were made by Kohli before the media didn’t go well with the Board as they showed Ganguly and the BCCI in a bad light. This also got the social media talking, and many offered their support to the Indian batter and had bad things to say about the Board.

In what would have been an unprecedented as well as a brave move, annoyed Ganguly almost issued a show-cause to the then Indian captain for the press conference and even drafted the letter for the same.

According to reports, BCCI secretary Jay Shah intervened and convinced Ganguly against issuing a notice as he didn’t want to have a negative impact on the Team who were involved in a big overseas series and was on their way to South Africa.

“And the board president was all for issuing a show-cause notice to Kohli,” a source close to the development was quoted as saying by India Ahead News.

Chetan Sharma on Sourav Ganguly’s Side

However, Chief Selector Chetan Sharma cleared the air and contradicted Kohli’s statement. Sharma attended the press conference on New Year’s Eve and said that they wanted to continue with Kohli for the sake of Indian cricket.

“It was told to Virat for the sake of Indian cricket to continue as captain by everybody available in the meeting — all conveners were there, the board officials were there. Everyone told him, who will not tell? When suddenly you get such news, you are in shock as it’s a matter of the World Cup,” he added. He also confirmed that there was no rift between Rohit Sharma and Virat Kohli.

After the fiasco, Kohli led India in the Test series against South Africa. The team bagged the first Test in Centurion. As back spasm ruled Kohli out of the second Test, KL Rahul captained the side and faced a loss. Despite Kohli’s return for the deciding  Test, the result of the match didn’t change as South Africa came back from One-Nil to lift the trophy.

The next day, Kohli took to social media to announce his decision to step down from the Test captaincy as well.

Ganguly made it clear through his tweet that Kohli’s decision to step down from Test captaincy was a personal one. “Under Virat’s leadership Indian cricket has made rapid strides in all formats of the game… his decision is a personal one and bcci respects it immensely… he will be an important member to take this team to newer heights in the future. A great player. well done… @BCCI @imVkohli (sic),” Ganguly said in his tweet.

On Wednesday, Virat Kohli took the field for the first time as a non-captain in 1000-plus days.