Home » Cricket » Even if they had ten fielders outside, I would have definitely hit a six- Hardik Pandya 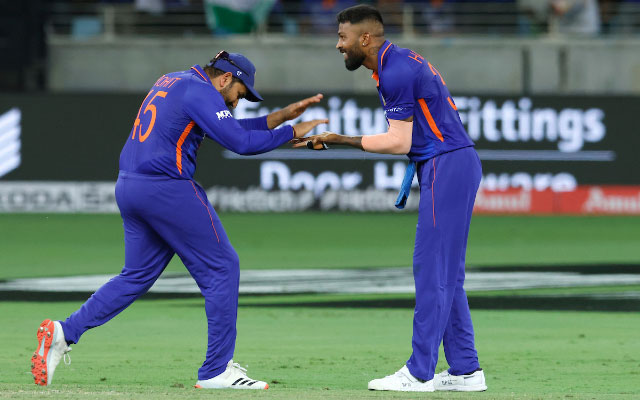 Hardik Pandya helped India to get over Pakistan in their opening match of the Asia Cup. Pandya had an excellent outing with the ball and then came out to score a cameo that took the team over the line.

Chasing 148 to win, India had a nervy start with KL Rahul going for a duck in his first delivery. Rohit Sharma and Virat Kohli added a good partnership in the middle but the required run rate was on the rise. After the senior players got out, Ravindra Jadeja and Hardik Pandya added a half-century partnership.

In the end, India needed 6 off 3 deliveries with Mohammad Nawaz bowling the final over. Pandya smoked one over the line and helped India to win by 5 wickets.

Talking about the game, Pandya said that even if Pakistan had ten fielders on the boundary ropes, he would have still hit a six.

Pandya mentioned that he wasn’t under pressure at all rather the bowler was under the pressure.

“Pure inning maine ek hi baar emotion dikhaya, jab aap out huye. Par generally bataun toh pressure nahi tha. Mere hisab se usko zyada pressure tha, main woh count kar raha tha ki woh ek mistake karein. (I only showed emotions once throughout the inning, when you were dismissed. But in general I was under no pressure, in fact I felt the bowler was under pressure, so I was waiting for an opportunity where he makes a mistake.)

India will meet Hong Kong in their second match on 31st August. A win here will take them to the super-4s.