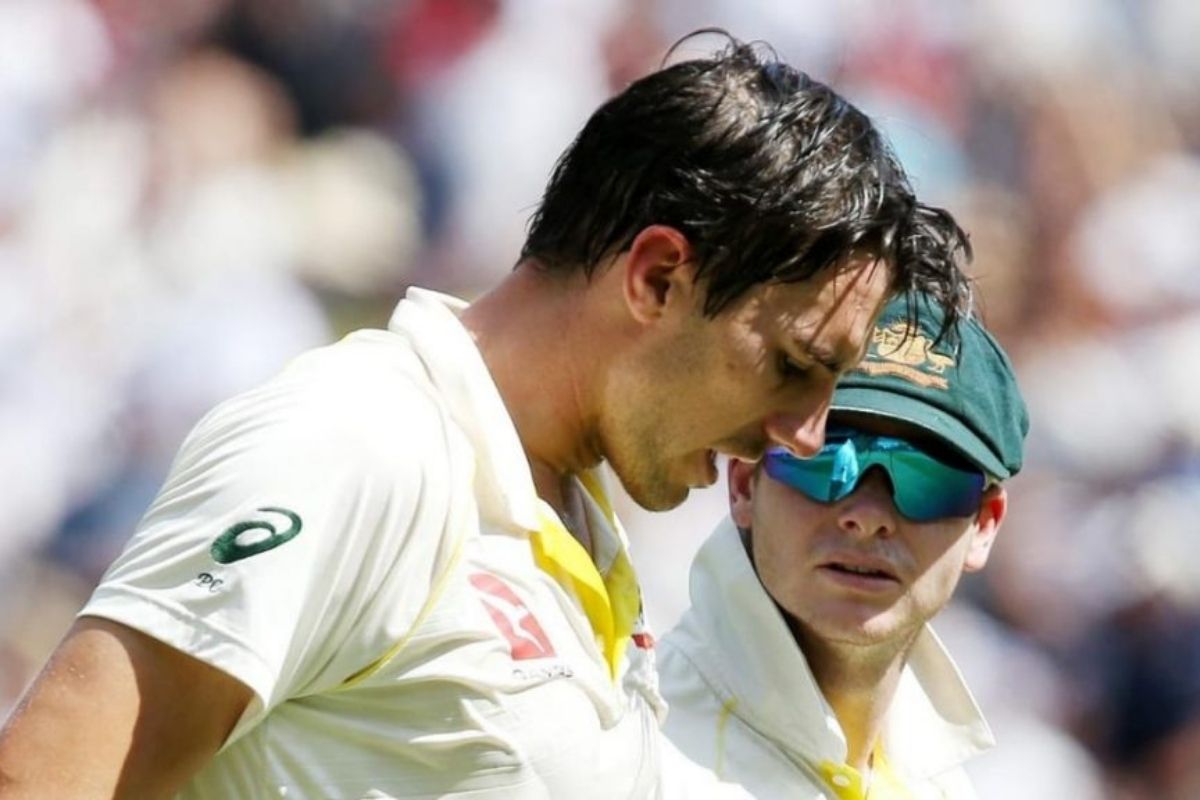 While the Australian team enjoyed a comfortable win over Pakistan on the final day of the Test, all is not good in the Australian camp as cracks appeared in the side’s leadership on Friday.

On the final day of the play, it seems like Pat Cummins was not ready to listen to his deputy Steve Smith when there was a DRS call.

Pat Cummins was particularly reluctant to go upstairs when Smith took an outstanding catch to dismiss Babar Azam. When the umpire turned it down, the former Australian skipper wanted Cummins to go for DRS but the latter refused. A visibly dejected Smith walked back for the next delivery.

Taking about it on air, Rob Key said opened up how they should’ve gone for the review.

“They have one review yet. Is it worth doing for Babar Azam, it probably is,” Rob Key said in a commentary.

“Steve Smith looked like he thought they should have actually done it, a little spat for a second it looked. The toys might have just come out of the pram.”

When the replays were shown, it turned out that Smith was in fact right and Australia had missed an opportunity to dismiss Azam.

Key also defended Cummins saying that his job is difficult and one must understand his position as well.

“I think it may be just caught the glove. This was Steve Smith. He was desperate for them to review it,” Key added.

“I think Steve Smith would have been right. You can understand why Pat Cummins [did not review it]. It is not an easy job.”

This was not the first time Cummins didn’t go for DRS while it was a proper dismissal.

Azam had crossed a half-century and was batting well when Smith took that catch.

Australia ended the series with 115 runs in the final Test, thanks to their bowlers. The team made 391 in the first innings with Usman Khawaja’s 91 and Cameron Green’s 79 helping the team to put up 391. Naseem Shah was the pick of the bowlers along with Shaheen Afridi as they ended with four wickets each.

In return, Pakistan managed only 268 as Pat Cummins with five wickets and Mitchell Starc with four wickets ran through the hosts. For Pakistan Abdullah Shafique and Azhar Ali played the rescue role but it wasn’t enough.

Australia then went on to add 227 runs for the loss of three wickets in the second innings. Usman Khawaja made an unbeaten ton. David Warner supported him with a good half-century at the top of the innings.

Pakistan was chasing 350 on the final day of the series. While they began well, it was just too much for them in the end.

Nathan Lyon was the pick of the bowlers with five wickets to his name while Pat Cummins had three wickets.

Usman Khawaja won the player of the match for his consistent performance at the top with the bat.

The first test ended in a tame draw at Rawalpindi where the pitch was rated as below average by the ICC. Babar’s brilliant 196 in more than 10 hours denied Australia a win at Karachi

After this victory, Australia continues to lead the World Test Championship points with 72 points with a win per cent of 75. The team is yet to lose a match in this cycle.

On the other hand, this is the second loss for Pakistan in this cycle after going down to West Indies last year. The team, however, is in the second spot with 44 points and a win per cent of 52.39 to their name.

Australia and Pakistan will engage in a three-match ODI series, which starts on March 29 in Lahore.