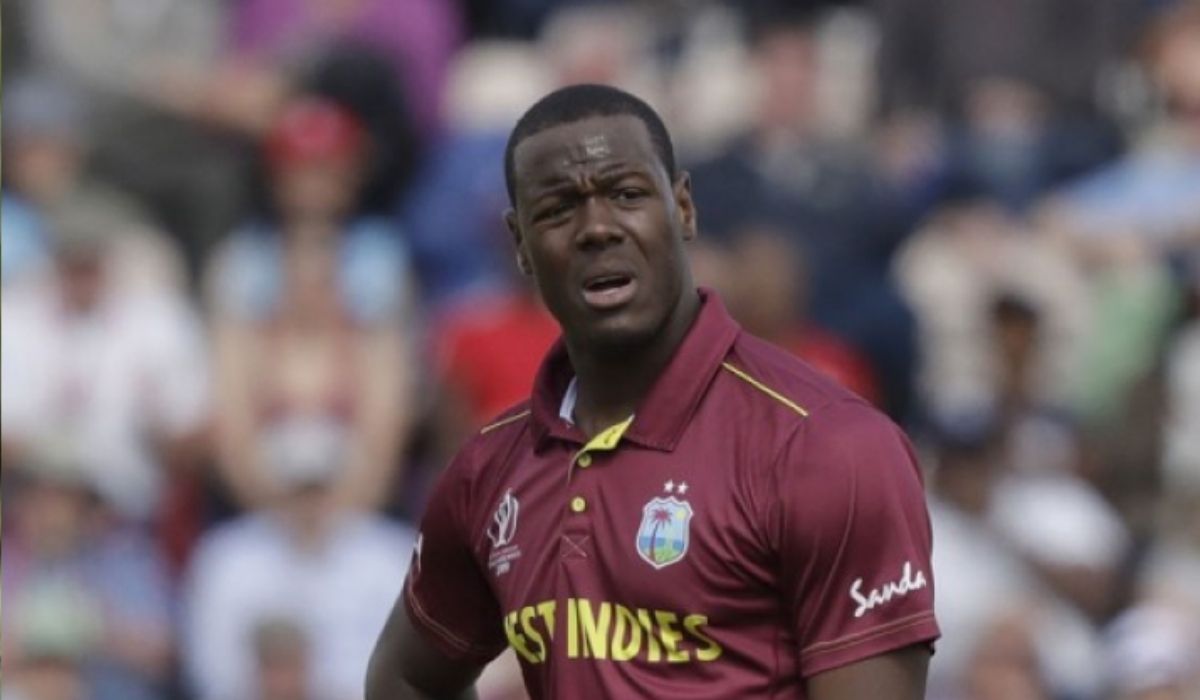 Carlos Brathwaite had a day to remember on his Village cricket debut but unfortunately, not in a good way. The West Indian cricketer made his debut for Knowle and Dorridge cricket club in the Birmingham & District Premier League on Easter weekend.

However, things didn’t go as planned for the 2016 T20 World Cup hero. He got out for a duck, and on the same night, he had his car stolen as well.

Brathwaite, who is recovering from a shoulder injury, is taking his time to return to competitive cricket. Brathwaite will be captaining the Birmingham Bears in the upcoming season of the Vitality Blast. Before heading into the competition, the all-rounder is taking all the opportunity to get some game time with Knowle and Dorridge.

However, the debut didn’t go the way he would’ve wanted. Bowling after months, Brathwaite conceded 31 runs and returned without a wicket.

It only got worse from the bad as he went for a first-ball duck. His team ended on the wrong side of the result as well.

When one thought his day couldn’t get any worse, it looks like his car was stolen as well.

Brathwaite took to social media to share the news. At first, he spoke about the match and then revealed that his car got stolen as well.

He began his note: What a day yesterday.

“First time bowling in a game after injury for six months-

First ball duck from a long hop – Car stolen But you know what, woke up this morning, Sun is shining and giving thanks. Happy Easter to all”.

Carlos Brathwaite, who is a regular in the Bears team, was recently appointed as the captain of the team for the upcoming Blast season. Talking about his appointment, “Edgbaston is a very special place to play at and it was great to get a taste of the atmosphere last year. Hopefully, we can welcome thousands more fans to get the Eric Hollies Stand rocking next year and make Edgbaston the real fortress for the Bears which it’s renowned for,” Brathwaite said.

ECB Director of cricket Paul Farbrace spoke about Brathwaite’s appointment for this season. “Carlos gets exactly what we are trying to achieve in T20 cricket,” said Director of Cricket, Paul Farbrace. “We want to play brave and entertaining cricket, that gets the crowd excited, and there’s never a dull moment with Carlos with either bat or ball in his hand. He’s a match-winner.

“Since joining earlier this year, Carlos has been a great addition to the dressing room and he is popular with all of the squad. He has also captained West Indies and the Patriots in the CPL and his experience of playing and winning, some of the biggest short-form tournaments in the world has been invaluable in supporting the development of our young players.

“In making this decision, we as a cricket management team also believe that Carlos taking over as T20 skipper removes some pressure from Will Rhodes as Club captain, and Will can play with a lot more freedom as a result. Will has certainly taken us forward in T20 cricket over the last two years and he has a lot to offer as a player in the shortest format of the county game.”

Brathwaite was the leading wicket-taker for the Bears in the 2021 Vitality Blast, taking 18 scalps at an average of 17.61.