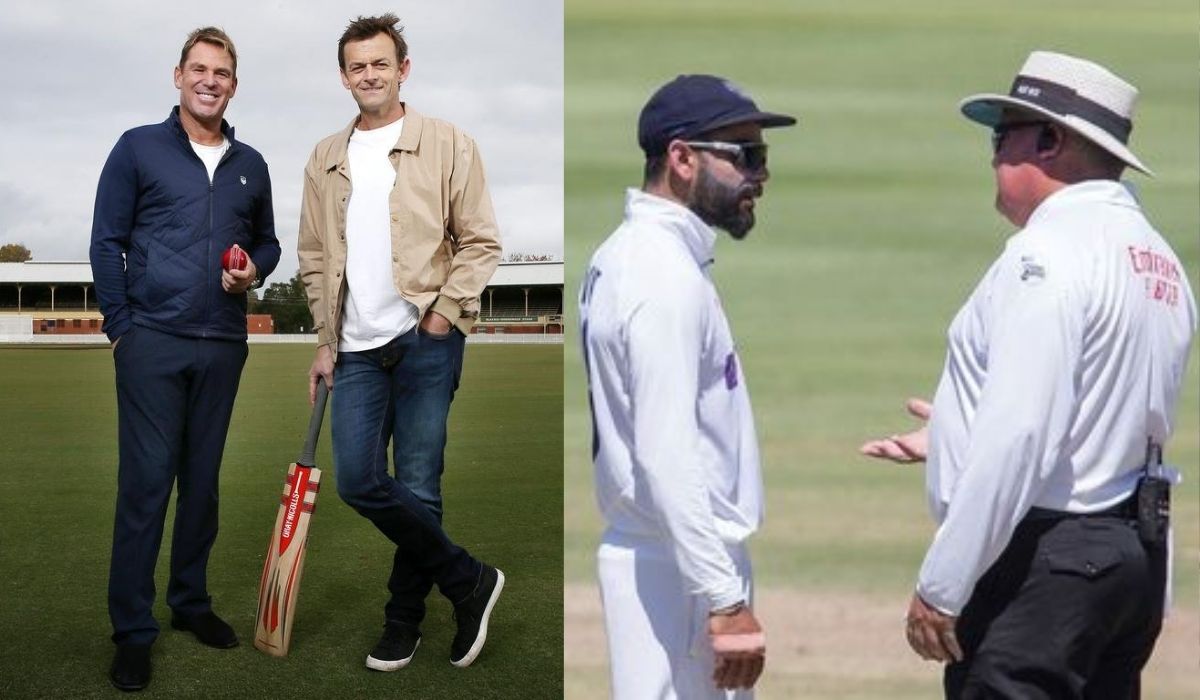 Virat Kohli and a few players in the Indian team vented out their anger on the South African broadcasters, Supersport, through stump mic after a controversial DRS call.

The incident took place on the third day of the final Test at Cape Town where the South African skipper Dean Elgar survived a controversial DRS call for LBW.

A hawk-eye prediction showed an unusual bounce off the delivery, and the decision returned as not-out. Even the on-field umpire Erasmus was surprised at the decision and mouthed, “That’s impossible”.

The decision didn’t go well with the Indian cricket team who were not only surprised but were annoyed by the decision. They alleged the host broadcaster SuperSport controlled the DRS.

After the call, Kohli walked towards the stump mic and apparently, made a reference to the sandpaper gate incident which happened years ago during the match against Australia and South Africa.

“Focus on your team as well when they shine the ball eh, not just the opposition. Trying to catch people all the time,” Kohli said.

Other team members also joined the conversation. KL Rahul was heard in the background, “It’s the whole country against 11 guys.” Ravichandran Ashwin, who was returning to his bowling mark said, “You should find better ways to win, SuperSport.”

After the end of the play, Virat Kohli addressed his reaction during the press conference.

“That one moment seems very nice and very exciting to make a controversy out of, which honestly I’m not interested in making a controversy of it at all. It was just a moment that passed and we moved on from it, and just kept focusing on the game and trying to pick up wickets,” Kohli said during the post-day press conference.

Nevertheless, these stump mic comments didn’t go well with many former players. A lot of them were shocked by his behavior. The latest cricketers to comment on the issue are Michael Vaughan, Adam Gilchrist, and Shane Warne.

The former players were a part of the ongoing Men’s Ashes coverage for Fox Sport. During the break, the legendary cricketers discussed the topic.

Michael Vaughan had called out Virat Kohli’s action and even wanted the ICC to punish the Indian skipper for his behavior. He said that his action was disgraceful.

“I think that is disgraceful from the Indians personally. Decisions go with you, they go against you, that didn’t go the way they think it should have gone. Virat Kohli is a legend of the game, but that’s not the way to act, that is not the way to act in a game of Test match cricket. The ICC has to stamp this down, they have to stamp down on the Indian side, you can’t get away with talking down the stump microphone like Ravi Ashwin has done and the Indian captain has done,” the former England skipper said.

The former Australian wicket-keeper Gilchrist then spoke to Fox Sport during the discussion along with his former teammate Shane Warne. He mentioned that this accusation of filming teams goes way back to Australia’s sandpaper gate. Incidentally, that event also took place at this same venue, on the third day of the Test.

“That accusation there I am interested in Warnie; this seems a bit premeditated. This has been building or brewing and it has got to a breaking point. That accusation about filming teams shining the ball I am assuming it goes all the way back to that very ground when the Australians were caught out on camera,” said Gilchrist.

Replying to Gilchrist, Warne said that it is an interesting one and he is not sure if Virat Kohli is allowed to react this way considering he is the captain of an international team.

“Look it is an interesting one, I am not sure that should be happening from a captain of an international team. But sometimes frustration overflows, you just get so frustrated and that’s why I said I wonder if that has happened three or four times through the series, and that was like okay that is enough now we can’t have it anymore,” said Warne.

For the unprecedented, The sandpaper gate incident took place in 2018 at Cape town during the Third Day of the Third Test.

The TV camera caught Australian opener, Cameron Bancroft, using sandpaper to rough up the ball. The footage became a piece of major evidence and at the end of the play, the Australian players were questioned about it.

The then-captain Steve Smith admitted to the ball-tampering at the press conference. With further investigation, Cricket Australia confirmed the involvement of Captain Steve Smith, vice-captain David Warner and the opener Cameron Bancroft and all three were sacked from the team immediately and had to serve a ban from cricket for months.