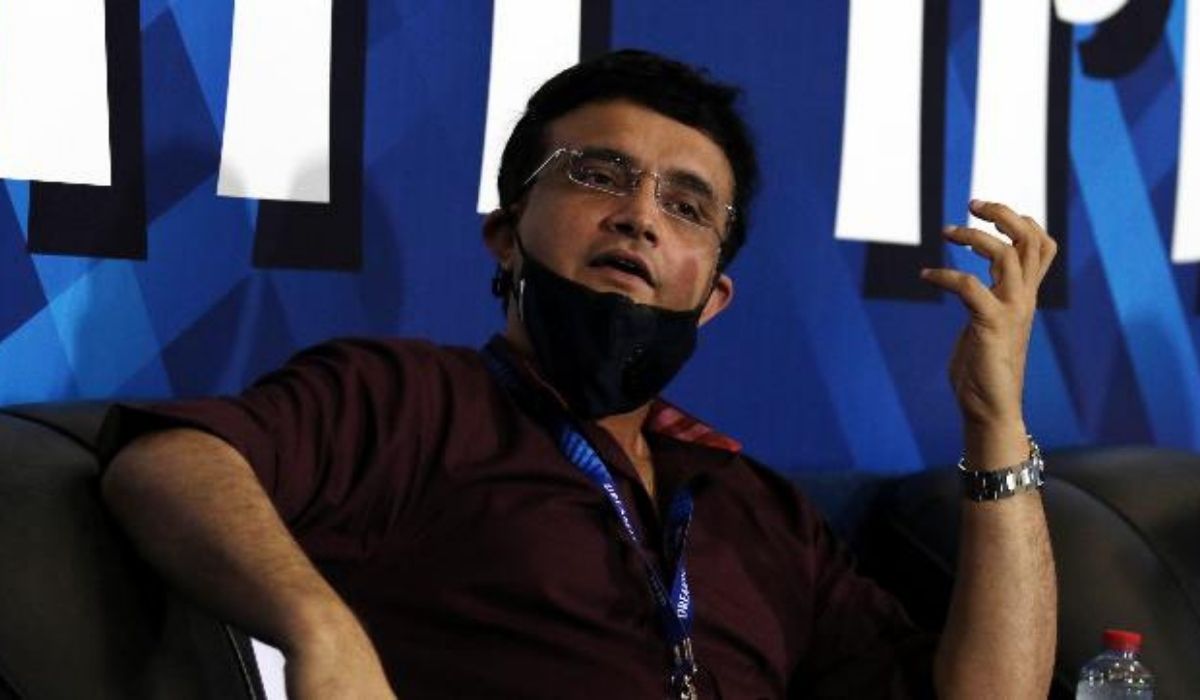 BCCI President Sourav Ganguly has assured the fans that the upcoming season of the Indian Premier League will take place in India “until and unless COVID-19 hits the roof”.

With Mega Auction only a few days away, the BCCI President confirmed that the IPL would go on as planned and would be shifted to a different location if and only the pandemic gets worse.

For the last two years, Indian fans were deprived of a full IPL season in the country. In 2020, the cash-rich league which initially began in March was suspended in the middle because of the breakout in cases inside the bio-bubble. Months later, the tournament was shifted to the UAE, and the second phase ran from September to November 2020.

The next season went as planned, but the board didn’t risk anything and organized the whole edition in the UAE. This year, Ganguly is certain that the full event will take place in India.

Ganguly hints the venues for IPL 2022

Talking to Sportstar regarding the venues for the tournament, Ganguly said that the Board is currently looking to conduct the league in Maharashtra where both Mumbai and Pune will be the hosts. He also added that the call on the venues for the knockout stages would be taken later on.

“It (IPL 2022) will be held in India this year, until and unless the COVID-19 hits the roof. So far, it has been decided that the IPL will be played in India. As far as venues are concerned, we are looking at hosting the matches in Maharashtra – Mumbai, and Pune. We will then take a call on the venue for the knockout stages,” said Sourav Ganguly.

IPL likely to begin in March

The Board is yet to announce the schedule for the upcoming edition, but in one of the interviews, the BCCI secretary Jay Shah had hinted that the tournament will begin in the month of March.

This year, there will be a few changes to the way the tournament will be played. Since there are two new teams, the board is likely to bring back the round-robin format, something we witnessed in the 2011 edition when two news teams were added to the IPL.

During the 2011 edition, the ten teams were split into two groups and played each other twice. The top two teams qualified for the knockouts. Instead of 94 matches, the tournament will see 74 matches and the 54-day season is likely to be extended to 60 days.

Earlier, during one of the interviews, a BCCI official who didn’t want to reveal his name said that the tournament is not ready to conduct 94 matches.

“We are not ready for 94 matches yet. Our broadcasters are not ready. There are issues around overseas player availability and finding a suitable window. We will consider a bigger window in future years,” the BCCI official told Hindustan Times.

Ahead of the competition, all teams would look to build strong teams as they will enter the mega auction on February 12 and 13. A total of 590 players will go under the hammer and each team will have an opportunity to pick 20-plus players in the auction. Overall, 33 players have been retained for the upcoming IPL.

Due to the COVID19 pandemic, the domestic tournaments in India are affected badly. The Board had to skip Ranji Trophy for a year as it was impossible to gather teams and organize such a big tournament inside the bio-bubble.

Talking about it, Sourav Ganguly said that they always wanted to organize the tournament but due to the third wave, they couldn’t last year.

“Obviously, we missed one year of Ranji Trophy – the 2020-21 season. It is the most important tournament in India, and we always wanted to organise it. But what the world has seen in the last two years, I don’t think it has happened in anybody’s lifetime.

He added that the tournament can still go ahead if organized in phases and the BCCI has recently announced the venue for the matches as well. Adding more about it, Ganguly said that it is never going to be easy.

“So keeping all these things in mind, it was actually a challenge to organise any tournament. We organised the Cooch Behar Trophy and there came the third wave. On the first day itself, 50 players contracted the virus. So, it is not easy. But we are lucky that we can still conduct tournaments. We still have our fingers crossed that everything goes smoothly,” Ganguly added.