Home » Cricket » Ballance apologises to Rafiq for his racist language 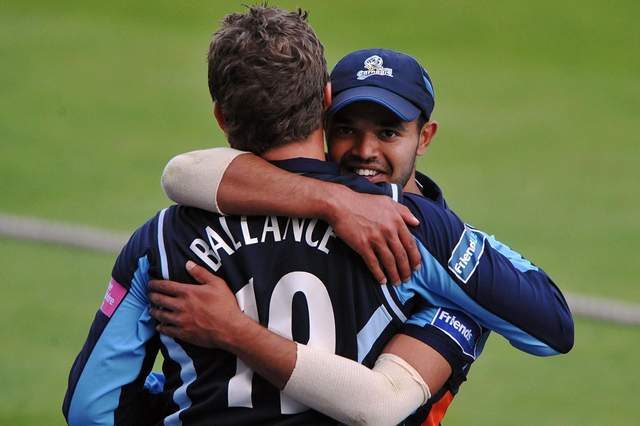 “I have wanted to meet Azeem in person for quite some time, but I had to make sure I was in a good place when I did so,” Ballance said. “Azeem has been through similar mental health challenges and understands why this has taken me a little time.”

Ballance, who has announced that he would be taking a break from cricket for personal reasons, issued an apology. He also accepted that he had used offensive words. He also said that he would meet Rafiq in the upcoming week.

“I apologise unreservedly to Azeem for the words I used when we played together. I did use unacceptable – at times, racist – language. If I had realised how much this hurt Azeem, I would have stopped immediately. That’s why I wanted to meet him this week and be clear in person that I intended no malice. That’s not an excuse, I realise that the language I used was wrong.”

“I have accepted, from the outset, the words I used were wrong and I hope this statement brings Azeem some comfort. There is no place in our sport for this behaviour and I am determined to play my part in ridding the game of racism and making it more inclusive. To do this we all need to be honest and learn from our past mistakes,” the 32-year-old said.

“He has done the fight against racism a great service”

Rafiq also responded to Ballance through social media. He said that it was brave of him to admit the truth. Also, he should be applauded for his honesty.

Rafiq said, “Gary has been brave to admit the truth and I understand why the mental strain has made it difficult for him to make this apology any sooner. Gary must be applauded for his honesty and unreserved apology and must now be allowed to get on with his life.”

He further added, “I would like to thank Gary. He has done cricket and the fight against racism a great service with these words. I would also like to thank those who have been in contact with me privately to apologise for what they witnessed.”