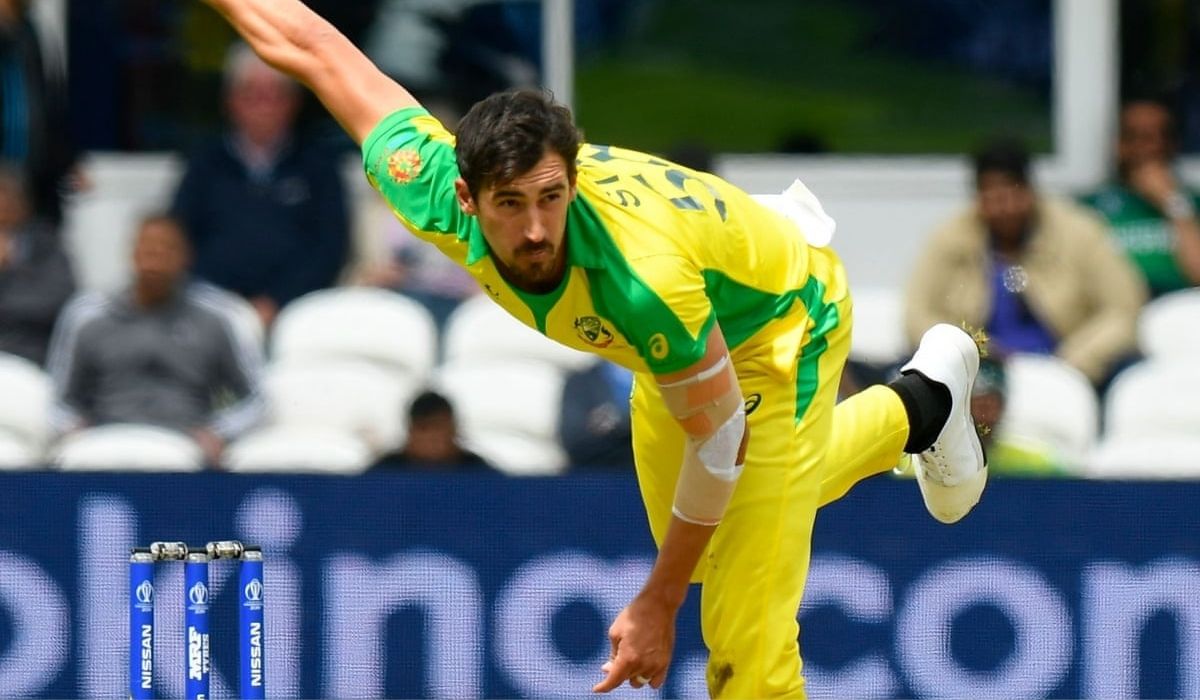 Australia were on their way to taking an unassailable lead in 5-match series against visitors Sri Lanka. Unfortunately, that wasn’t the night’s highlight as Mitchell Starc grabbed all the attention, probably, not for the reason he would have wanted.

The pacer has bowled millions of memorable deliveries including a beautiful first delivery in the recently concluded Ashes but this one was something else, unfortunately, not in a good way.

The incident happened on the 18th over of the match when Sri Lanka were batting. Starc, who was bowling his last over of his spell, had one slip off his hand. He was trying an off-cutter but the delivery slipped out, went out of reach for both batter and the keeper.

Sri Lankan skipper Dasun Shanaka was batting at that time. He had no clue and stood still while facing that delivery. The keeper Matthew Wade tried his best to stop it but it was way over his reach. He couldn’t control but giggled while Starc wasn’t happy with himself.

“WOW! No ball, free hit, four, not much else to say,” Mark Howard said on Fox Cricket.

The commentators couldn’t control their laughter when the wagon wheel of that particular over appeared on the screen. They even went on to measure the height the ball had reached while leaving Starc’s hands. It looks like the ball was three metres above the batter’s height.

The video immediately made it to social media and Twitter had a field day. Many netizens mocked Starc for the delivery calling it “The ball of the century”. A few called it as the “weirdest delivery they have ever seen”.

When asked about the delivery during the press conference, Glenn Maxwell supported his teammate saying that it was hot and could get quite sweaty as well.

“It wasn’t his finest ball of the night, but it’s starting to get quite dewy, it’s been quite hot so it can get quite sweaty as well,” Maxwell told the media later.

The 32-year-old pacer, who spent the last match on the bench, ended with the figures of 0/30 with 12 dot deliveries but a couple of wides and this mysterious no-ball had affected his figures for the night.

Starc’s performance didn’t affect the Australian camp as they were able to wrap up the match within 17 overs. The visitors, who batted well in the previous T20I and dragged the match to a super over, couldn’t replicate their performance as they made just 121 in their 20 overs.

After being asked to bat first, Sri Lanka lost two wickets in the 3rd over and since then, they couldn’t recover. Pathum Nissanka, who was the star in the previous T20I, made only 16 but ended as one of the leading run-scorers for Sri Lanka in their innings. Skipper Dasun Shanaka faced 38 deliveries for his unbeaten 39 and was the top scorer for the team. Kane Richardson was the stand-out performer for Australia with figures of 3/21 from his four overs. Maxwell, Agar, Hazlewood chipped in to pick up a wicket each.

Chasing a modest total at the Manuka Oval, Australia didn’t have the exact kind of start they would’ve wanted as Maheesh Theekshana removed both the openers. He was the only positive to come out of this match for the Sri Lankan team. The youngster ended with 3/24 from his four overs.

Thanks to no scoreboard pressure, Aaron Finch and Glenn Maxwell made sure to steady the ship rather than taking on the bowlers. They made 30-plus each before walking back. Josh Inglis and Marcus Stoinis finished off the match to help the team take an unassailable lead.

Australia and Sri Lanka will go once again on Friday, 18th February and then on Sunday, 20th February.