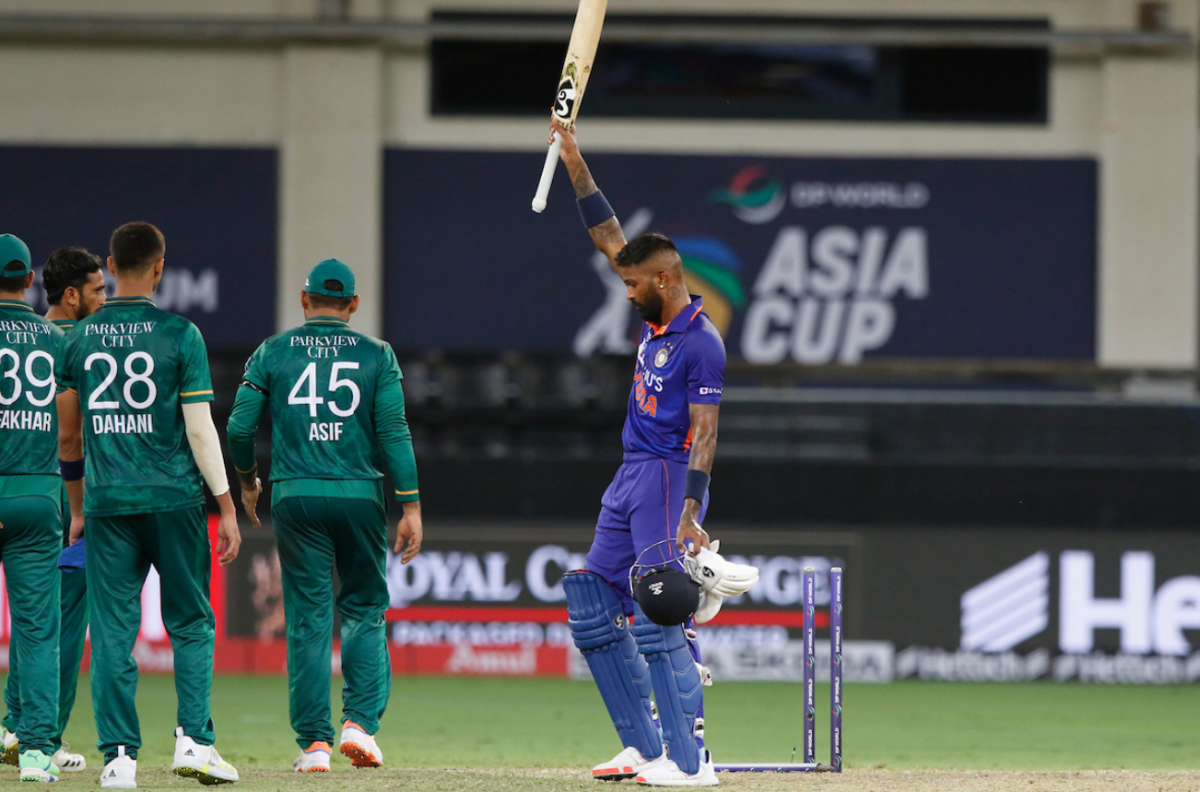 India defeated Pakistan on Sunday in their first match of the Asia Cup 2022. Indian skipper Rohit Sharma called it right at the toss and asked Pakistan to bat first.

Rizwan top-scored for the team with 43. In the end, the team got to 147 with the help of Dahani’s couple of sixes.

For India, Bhuvneshwar Kumar was the successful bowler with 4 wickets to his name. Hardik Pandya also tasted success with three dismissals.

In return, the debutant Naseem Shah served a golden duck to KL Rahul. Virat Kohli and Rohit Sharma then kept the innings ticking despite struggling with their timing.

Eventually, Rohit Sharma let his guard and got out after smashing Mohammad Nawaz for a six. Virat Kohli followed soon at 35.

At one point, India were chasing more than ten runs per over in the final moments of the game. However, Hardik Pandya made sure to take India over the line. He smashed a six in the final over of the game to take the team home.

Ravindra Jadeja, who batted at number four, also helped out with 29-ball 35. Mohammad Nawaz picked up three wickets for the team and Naseem Shah grabbed two. Hardik Pandya was the player of the match for his all-round performance today.