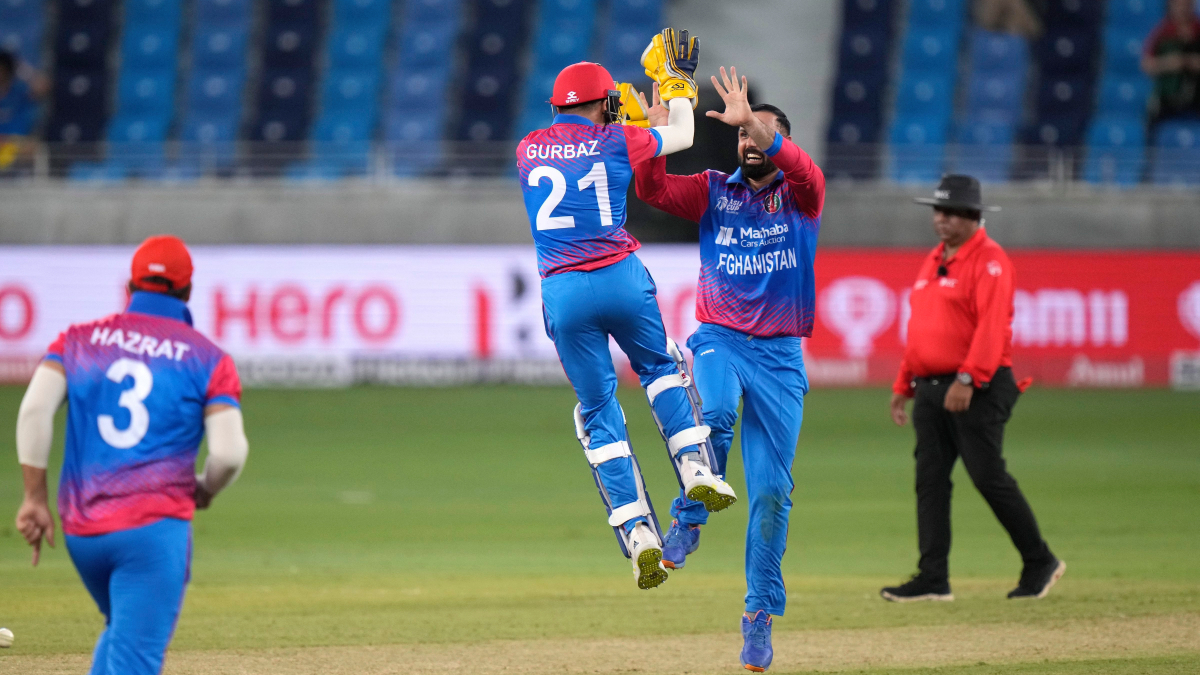 Afghanistan became the 1st team to qualify for the Super-4s of the Asia Cup after a massive win over Bangladesh.

Playing their 1st match of the tournament, Bangladesh had a poor start after losing their top three to Mujeeb ur Rahman. Rashid Khan then took over to dismiss three of the middle order batters. Bangladesh found themselves at 53/5 at one point. Mosaddek Hossain’s unbeaten 31-ball 48 took the team to a decent total of 127.

Afghanistan batters struggled to time the ball and were 62/3 at 13 overs. While Ibrahim Zadran batted well at one end, it was Najibullah Zadran’s unbeaten 43 from 17 deliveries that helped Afghanistan to beat Bangladesh. Najibullah smashed six sixes and one four during his knock.

Afghanistan became the first time to qualify after a couple of wins in a row. They also defeated Sri Lanka in their opening match. The team will top the group and will wait for the result of the match between Sri Lanka and Bangladesh in order to see who joins them.

Talking after the win, Mohammad Nabi said that they were in the game as they were able to pick up early wickets.