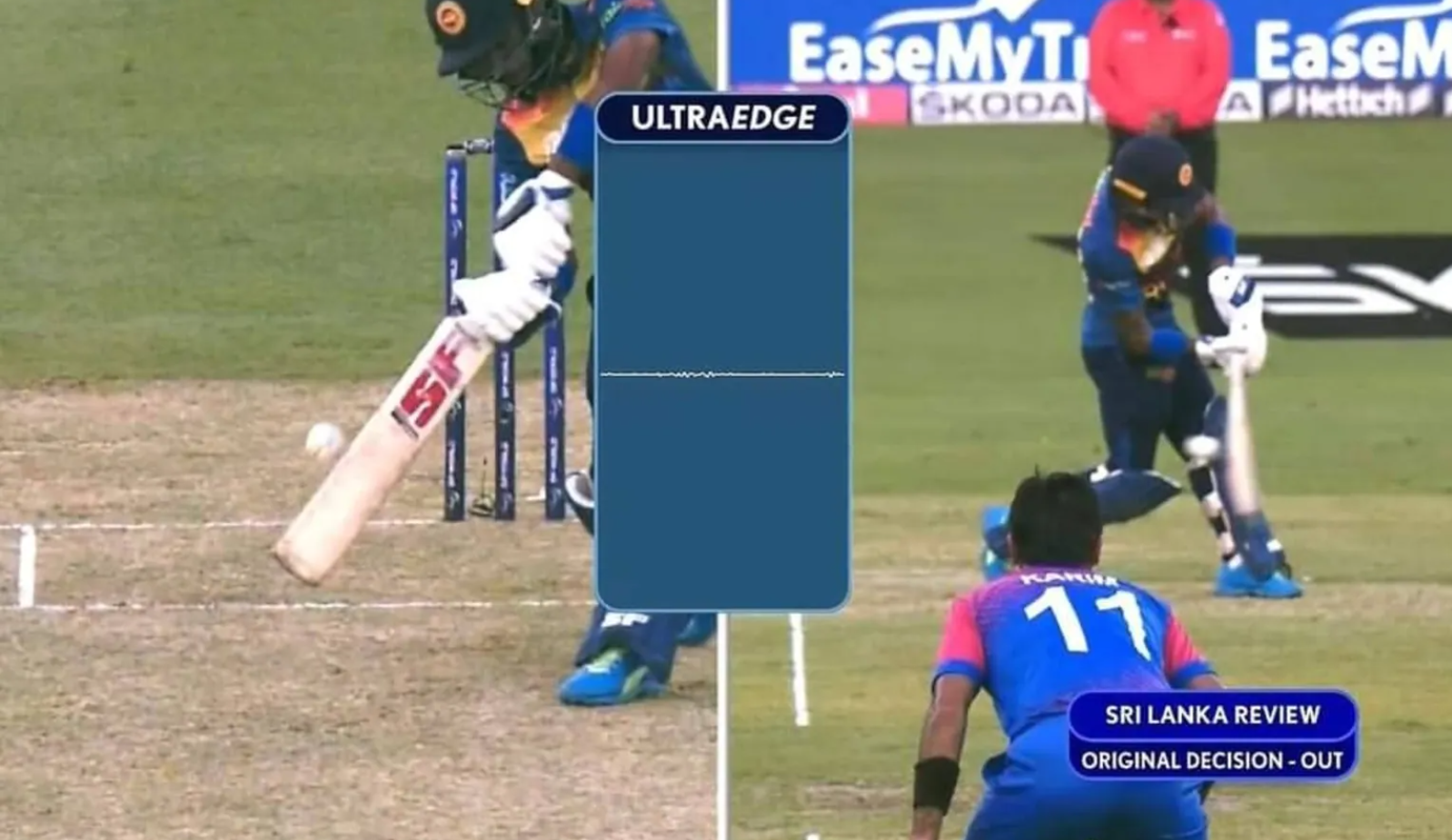 Asia Cup 2022 kicked off with Afghanistan taking on Sri Lanka and it didn’t take long for the controversy to take over the day. The Afghanistan skipper Mohammad Nabi opted to bowl first and Sri Lanka lost their path early when Fazalhaq Farooqi struck twice in the first over of the match.

The nervous Sri Lankan team banked on Pathum Nissanka’s experience to steady the ship but he was given out caught behind off Naveen Ul Haq.

The batter immediately opted for DRS review and the replays showed that there was barely any murmur on the snicko. While zooming in, one could see a minor deflection but it was too small to even decide. However, the third umpire opted to give out and asked the umpire to stick with the original decision. This sparked controversy. Even the Sri Lanka head coach and the captain were visibly upset with the decision.

Many former players and fans took to social media to express their shock.

“Pathum Nissanka was given out. The murmur was so slightest that you could question the ultra edge. But the bat was really close to ball and the umpire gave out on the field. The fact that third Umpire was convinced easily with this faintest edge is bit baffling to me,” wrote another user.

Sri Lanka couldn’t recover after losing early wickets. They managed only 105 on board. The pacer Fazalhaq Farooqi was the pick of the bowlers with three wickets to his name. Mujeeb ur Rahman and Mohammad Nabi ended with two wickets each.

In return, Afghanistan finished off the match within 11 overs and took the game by eight wickets.

Talking about the loss, Sri Lankan captain said that things like these happen and they need to find a way to bounce back and qualify for the next round.

“There are two ways of thinking. As batters, we should bat according to the wicket every time. (Nothing in the pitch for SL spinners) There was a bit of grass, so wasn’t very helpful for our spinners. But they are world-class spinners who can execute in any condition. See, T20 cricket these things can happen but we need to jump out of this situation, win the next game, and qualify for the next phase.”