Home » Cricket » Abtaha Maqsood to play for Sunrisers in 2022 season 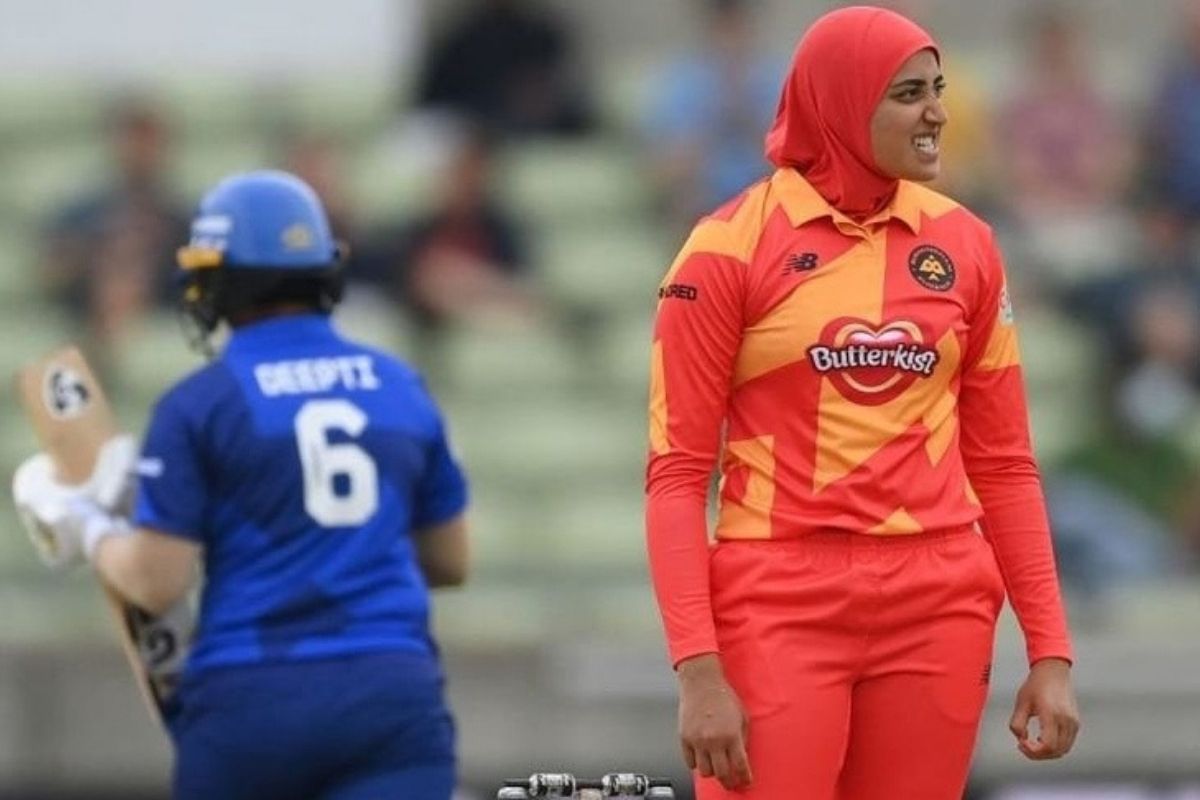 Scotland leg spinner Abtaha Maqsood will turn up for Sunrisers for the upcoming 2022 domestic season.

The Scotland spinner, who became the first player to feature in a cricket match in England with a hijab, turned up for Birmingham Phoenix in the recently concluded The Hundred season. She was also been retained by the franchise for the next season.

Now, the star will travel South East where she will be playing for Sunrisers. She will turn out for them for both Charlotte Edwards Cup and Rachel Heyhoe Flint Trophy.

Talking about her excitement, Maqsood said, she is looking forward to the season.

“I am really excited to be playing for Sunrisers this season”

The Scottish spinner added that this will be an excellent opportunity for her to play against some of the talented cricketers in the England side and will be a learning experience for her.

“I’m grateful for the opportunity to play with and against some of the most talented cricketers in the English domestic set-up and I can’t wait to learn from this experience and grow as a cricketer. I’m very excited to finally get going with the Sunrisers.”

She will be available until the end of July.

Maqsood also shared the news on Twitter where she wrote, Can’t wait for this new challenge! So excited and grateful for the opportunity to play with Sunrisers this year #RiseUp” (sic).

She will be playing as the second main spinner for Sunrisers after England’s Mady Villiers who is currently with the national squad as a travelling reserve.

Daughter of immigrants from Pakistan, Maqsood played club cricket for Poloc since she was eleven. Maqsood’s talent made heads turn immediately as she made it to the U-17 Scotland squad at just 12. Soon she rose ranks and was named in the 2017 Women’s Cricket World Cup Qualifier. She soon made her international debut with the senior team in 2018 against Uganda.

Since then, she has been a regular in the team. Along with the Bryce sisters, Maqsood also featured in multiple tournaments across the globe as an overseas cricketer. Now, she will feature in the England domestic side as well where Bryce sisters are already a big name.

Maqsood also has a black belt in Taekwondo and was the flag bearer at the 2014 Commonwealth games for Scotland.

Meanwhile, Sunrisers could use her services as they couldn’t do much in both Rachel Heyhoe Flint Trophy as well as Charlotte Edwards Trophy.

The team had lost all their seven matches in the RHF Trophy despite coming closer multiple times. In one of the league games, the team almost took down Southern Vipers and had lost the game just by one run.

In the CE Trophy, the team had managed only one win which came against Western Storm early in the tournament. They also had a tied match against Thunder. However, they couldn’t make it to the knockout stages and ended in the last position.