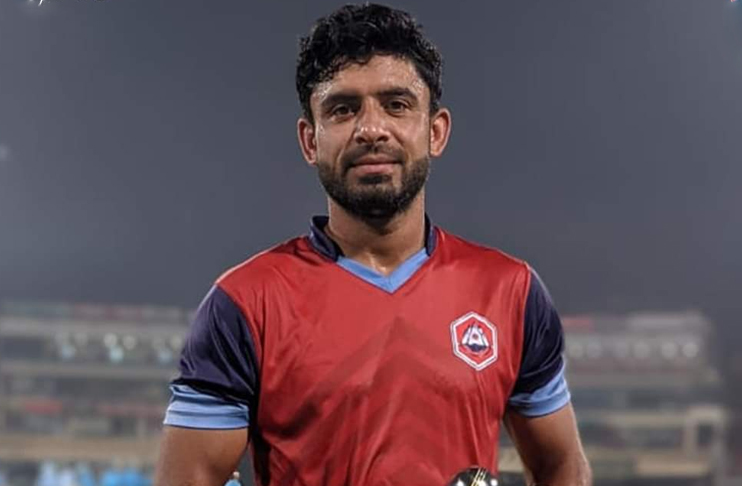 Aamir Jamal made his T20I debut against England recently. He made sure to make a good night out of it and helped out Pakistan to win the match against England in a seven-match T20I.

The 26-year-old Aamir Jamal gave only eight runs when England needed 15 to win in the final over and helped them take a 3-2 lead in the series.

Talking about the performance, the debutant revealed the chat with the captain Babar Azam ahead of the final over and the plan they opted to go with.

He said that the captain wanted him to decide the delivery he wanted to bowl and he would set the field accordingly.

“He (Babar) told me that we’ll only go with one plan and you’ll decide that,” Jamal said. ” I told him, ‘wide yorker’ to which he asked me if I’d be able to pull it off and I responded by saying, ‘Definitely’. He further told me even if it’s wide, stick to the plan. And I stuck to it.”

He also added that not many debutants would be given that amount of freedom and would be asked to bowl the final over.

“The pressure was on the first ball. Once the first ball was delivered, there was no pressure. The wide (on the third delivery) was because of the dew that had made it difficult to grip the ball. The six (on the next delivery) was also definitely because of the ball slipping out of my hands, I couldn’t grip it. Despite that Bobby bhaiya (Babar) came to me and said, ‘No worries, you’ll do it (finish the match). Only you can. You’ve bowled the last two-three deliveries, so you’ll bowl the next ones as well. That gave me confidence and I saw the cover through,” he said.

“I definitely stepped up”

Jamal also added that Haris Rauf’s performance in the 19th over gave him the idea and the confidence to bowl well.

“When I was watching the second last over, in which Haris (Rauf) was also hit for a six and another boundary came off it, I was planning on what I needed to do to ensure my team’s win. First, I kept my nerves under control, because at this stage (in the match) when Haris, who’s more experienced than me, got hit for a boundary then I realised I needed to do it. I definitely stepped up and told me myself whatever happens I’ll give my heart out and executed the plan,” he said.