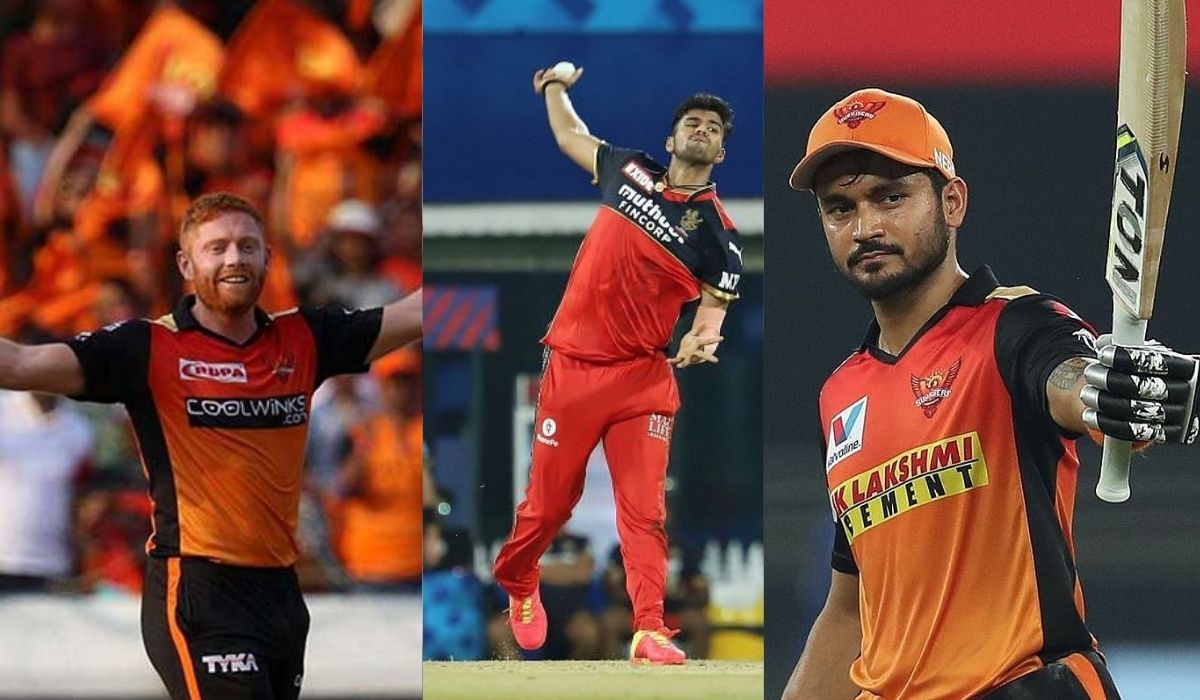 Indian Premier League 2022 is set to get overhauled in the upcoming months with two new teams in the fold. To make it fair for new teams, IPL Governing Council announced a mega-auction that will take place in Bangalore on 12th and 13th February.

All the previous 8 franchises had a chance to retain a maximum of 4 players including 2 international players after the announcement. They have retained 27 players out of a possible 32 and now looking to build up their remaining teams from the scratch. Two new teams Ahmedabad and Lucknow are expected to submit a list of three players they have signed in the coming days.

Royal Challengers Bangalore will enter the 15th edition of the Indian Premier League with a new captain a head coach. Virat Kohli stepped down from the captaincy duties last season but also confirmed his commitments to RCB for the long term. Former Indian batting coach for National team Sanjay Bangar will be a new head coach, who served as batting consultant for the franchise.

Apart from Kohli, RCB also retained last season’s best player Glenn Maxwell who scored 513 runs with a strike rate of 144.10 in 15 matches. Indian pacer Mohamed Siraj was their third choice which came as a surprise for the fans. They were expecting leg-spinner Yuzi Chahal or Washington Sundar but they won’t complain after Siraj’s recent performances with the Indian team.

RCB will surely try to bid big for a new captain, specialist spinner, and a wicket-keeper. Former star players Yuzi Chahal, Harshal Patel, Devdutt Padikkal, Washington Sundar, and Srikar Bharat will be hot properties on auction day and we can witness a big bid from RCB to re-sign them. They have spent 33 crores on Kohli, Maxwell, and Siraj and will have 57 crores to spend on signing new players. So, let’s have a look at five players RCB might bid big in the mega auction.

RCB will be surely making a bid for their former opener Devdutt Padikkal in the mega auction. The 21-year-old left-handed opener was excellent for them in the last two seasons, where he used to start the inning with Virat Kohli. RCB will be looking to left-right opening pair to start their innings and Padikkal fits the role who plays for Karnataka in domestic cricket and is a fan favorite at the Bangalore franchise.

Padikkal has scored 1504 runs in T20 matches with an average of 41.77 with 2 centuries and 11 fifties. He also made a debut for team India in a T20 international against Sri Lanka. He has scored 884 runs with an average of 31.57 and a strike rate of 125.04 in 29 matches in IPL history. Most of the teams are set to bid big on this rising star and he can be the most-expensive player at the end of the auction.

Another Karnataka batsman and former RCB player in this list. Manish Pandey was released by Sunrisers Hyderabad after IPL 2021 edition and also lost his place in the Indian national team recently. Pandey has previously played as an opener and also in the middle order. He is one of the best fielders in the world and can take retired Ab de Villiers’ place in the RCB squad. The 32-year-old right-handed batsman also captained the Karnataka side in the recent domestic tournaments Vijay Hazare Trophy 2021 and Syed Mushtaq Ali Trophy 2021. He will be a good choice to captain or vice-captain RCB in the upcoming edition.

Pandey started his IPL career with Mumbai Indians in 2008 but made his debut with RCB next season. He scored the century on his debut season in 2009 to become the first Indian to score a hundred. He has scored 3560 runs in 154 IPL matches with an average of 30.7 and a strike rate of 121.8. In international matches, he has scored 709 runs in 39 matches with a staggering average of 44.3 and strike rate of 126.2. In the last edition of IPL, he scored 292 runs in just 8 matches with an average of 48.66 so it will surely attract big bids for him in the mega auction.

Indian all-rounder missed the majority of the last IPL edition and T20 World Cup due to injury. He was released by RCB which came as a surprise decision for the fans.  He has now returned to the scenes and was included in the Indian ODI squad for the South Africa tour which starts from 19th January. He is also named as a new vice-captain for the Tamil Nadu team who recently won the Syed Mushtaq Ali trophy and also reach the finals of the Vijay Hazare Trophy 2021.

The 22-year-old star all-rounder has very impressive stats in IPL history with the ball and with the Indian national team with a bat. He has scored 217 runs in 42 IPL matches and has taken 27 wickets with an impressive economy rate of 6.93. He also boosters experience for playing 31 international matches and will be sold as the highest-paid all-rounder in the mega auction next month.

The star Indian middle-order batsman was released by Delhi Capitals which was shocking news for all cricket fans. The rumored reason behind his exclusion is the captaincy role. He started last IPL as a captain of DC but was ruled out due to the injury. Rishabh Pant was named as captain and continued his duties even when Iyer returned to the squad. It is reported that he chose not to continue with DC and now looking for a team who can offer him a leadership role.

Iyer has scored 2375 runs in 87 IPL matches with an average of 31.7 and 124.0 strike rate. He has shown good leadership qualities with Delhi Capitals and is an excellent fielder on the pitch. He is 27 years old and will be a perfect choice for RCB’s long-term captain role.

The English wicketkeeper-batsman will be one of the biggest overseas attractions on the mega auction day. The 32-year-old English international was released by Sunrisers Hyderabad after the end of last year’s IPL. He is in his prime and fits RCB’s requirements as wicketkeeper and opening batsman as well.

Bairstow has scored 1038 runs with an amazing average of 41.5 and strike rate of 142.2 in 28 matches. His international number is also solid and he will be sold for RS. 10+ crores in the mega auction. Both new teams have an option to sign one overseas player and they will definitely try to sign English ace.