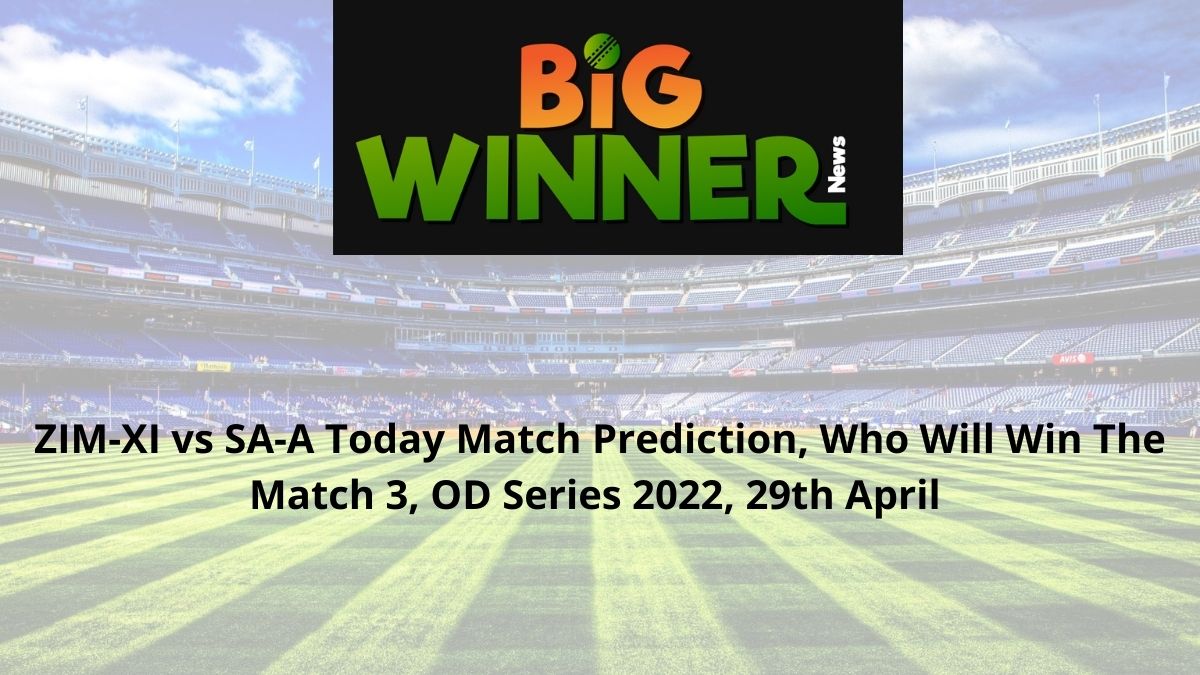 Our Experts bring you the finest today’s match prediction that you can trust. We are here for ZIM-XI vs SA-A Today Match Prediction, Match 3, OD Series, Online Cricket Betting Tips, which will provide every user with a clear picture of which team and in what aspect they can place their bets.

Zimbabwe managed to win the first match with a little bit of help from the rain but lost the second match on the Duckworth-Lewis-Stern system. They had a target of 145 runs in just 20 overs, despite South Africa scoring just 266 runs while batting first. Zimbabwe was restricted to just 93 runs in 20 overs but looked strong enough to face the mighty South African side.

South Africa was quick to avoid an embarrassing series defeat in the last match with a big win in the second match. They scored 266 runs in 46 overs as the rain stopped the play and officials gave 145 runs in 20 overs target for Zimbabwe. Reeza Hendricks scored his second hundred in his last 3 matches and wicket-keeper opener Ryan Rickelton scored fifty. Zimbabwe scored just 93 runs to suffer a 51 runs defeat with Lizaad Williams impressing with 2 wickets.

Top Batsmen of South Africa A from last match

Top Bowlers of South Africa A from last match

The temperature is expected to hover around 21°C on the match day with 49% humidity and 8 km/h wind speed. There are 2% chances of precipitation during the game.

Harare’s pitch is more leaning towards the bowlers and batters have struggled to score big runs. In the first two matches, batters managed to cross average score on this pitch but rain played a big part in the results.

South Africa A avoided the series defeat with a big win in the second match, after a shock defeat in the first. Once again rain played a big part and the match’s result concluded on the Duckworth-Lewis-Stern method. South Africa showed their quality difference in the second match and are in a good rhythm to win this third and final clash of this unofficial one-day series on Friday.

Captain of Zimbabwe is in very good form lately and is tipped as best batsman for the hosts in the last upcoming clash on Friday. He had a fifty in the first match to guide his side to a surprise win and scored 39 runs knockout in the last match as well. Raza is the leading the most-runs chart for Zimbabwe with 98 runs in 2 matches with an average of 98.00 and a strike rate of 113.95.

The experienced Zimbabwe seamer is in great form lately with another 2-wickets spell in the last match. He also took 2 wickets in the first match to contribute his side to a memorable win. Chatara is leading the most-wickets chart for his side with 4 wickets in 2 matches with an average of 20.75 and an economy rate of just 4.40.