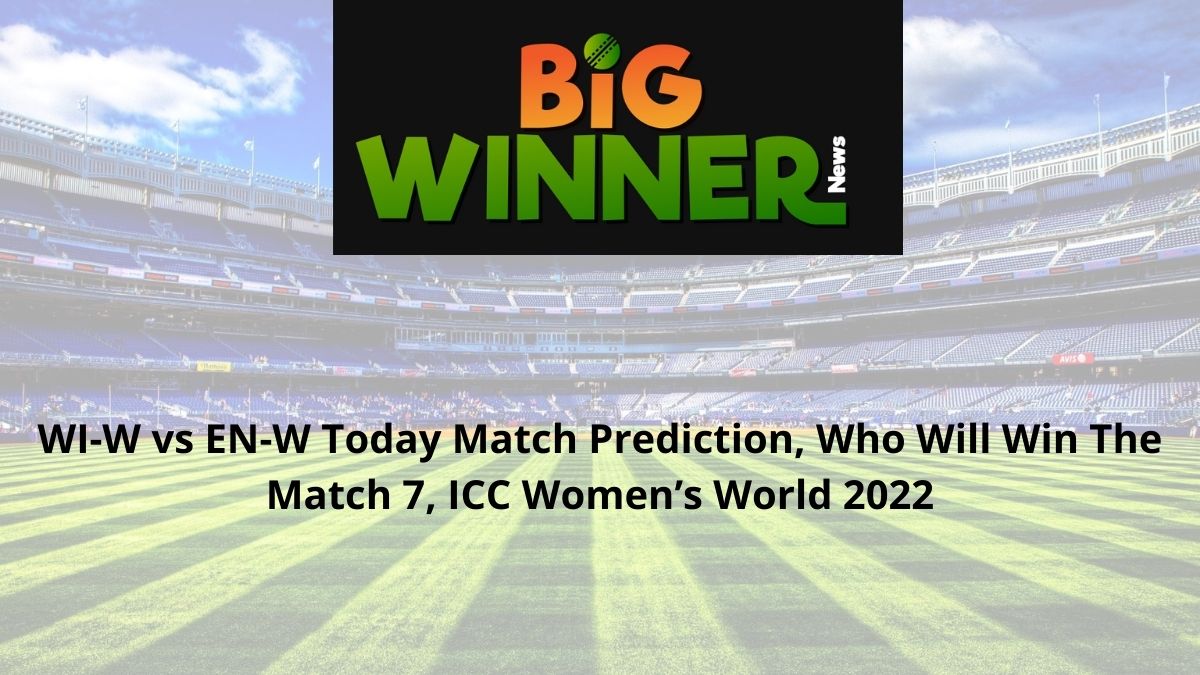 Our Experts bring you the finest today’s match prediction that you can trust. We are here for WI-W vs EN-W Today Match Prediction, Match 7, ICC Women’s World Cup, Online Cricket Betting Tips, which will provide every user with a clear picture of which team and in what aspect they can place their bets.

West Indies Women shocked the world with a win over World Cup hosts New Zealand in the opener clash. It was a narrow win just 3 runs but a win over one of the biggest team in the first match definitely heightens the morale. They lost their latest ODI series against South Africa and both warm-up fixtures. West Indies are placed in 7th position in the ICC ODI best teams chart and now face struggling England in their 2nd fixture.

England Women team rank 3rd in ICC ODI best teams chart and have reached the World Cup finals for 7 out of 11 times. They are favorites to reach the finals once against but are going through a tough patch lately. They won both of their warm-up matches but lost to giants Australia by just 12 runs in the first opening match. England’s record against West Indies is very impressive and they will be looking to return to winning ways on Wednesday clash.

The temperature is expected to hover around 14°C on the match-day with 94% humidity and 10 km/h wind speed. There are 9% chances of precipitation during the game.

University Oval pitch is excellent for the bowlers in the second inning and weather played a part in most of the matches in the past. Teams have won most of the times while batting second so the toss will be a crucial on this grassy pitch.

Both teams are struggling for the results in ODI matches lately but England are clear favorites to win over West Indies in their second World Cup match. England started this tournament with a narrow loss and West Indies with a narrow win. But England have won all of their last five matches against West Indies and there is big quality gap between to struggling sides.

The star West Indies opener and all-rounder was excellent with a ball against New Zealand with 2 wickets while conceding just 2 runs off 5 balls but scored just 12 runs off 7 balls. Dottin has scored 3540 runs in 136 matches with an average of 30.5 and a strike rate of 79.1.

The star opening wicket-keeper batter is in great form lately and ranks 2nd in ICC ODI best bowlers chart. She scored 74 runs off 82 balls in the first match against Australia to complete 3000 ODI runs, her second consecutive fifty in the international fixtures. Beaumont has scored 3023 runs in just 86 matches with an average of 43.81 and a strike rate of 73.37.

The veteran spinner was a key to breaking the middle-order partnership in the first match against New Zealand with big wickets of Satterthwaite and Tahuhu. Now she has taken wickets in her every last eight competitive matches. Anisa Mohammed has taken 176 wickets in 137 matches with an average of 20.5 and an economy rate of 3.53.

The 22-year-old left-arm spinner remains was expensive in the first match against Australia with no wicket. But still, she remains one of best spinners in the world and ranks 2nd in ICC ODI best bowlers chart. Ecclestone has taken 55 wickets in 39 matches with an average of 24.54 and an economy rate of 3.80.