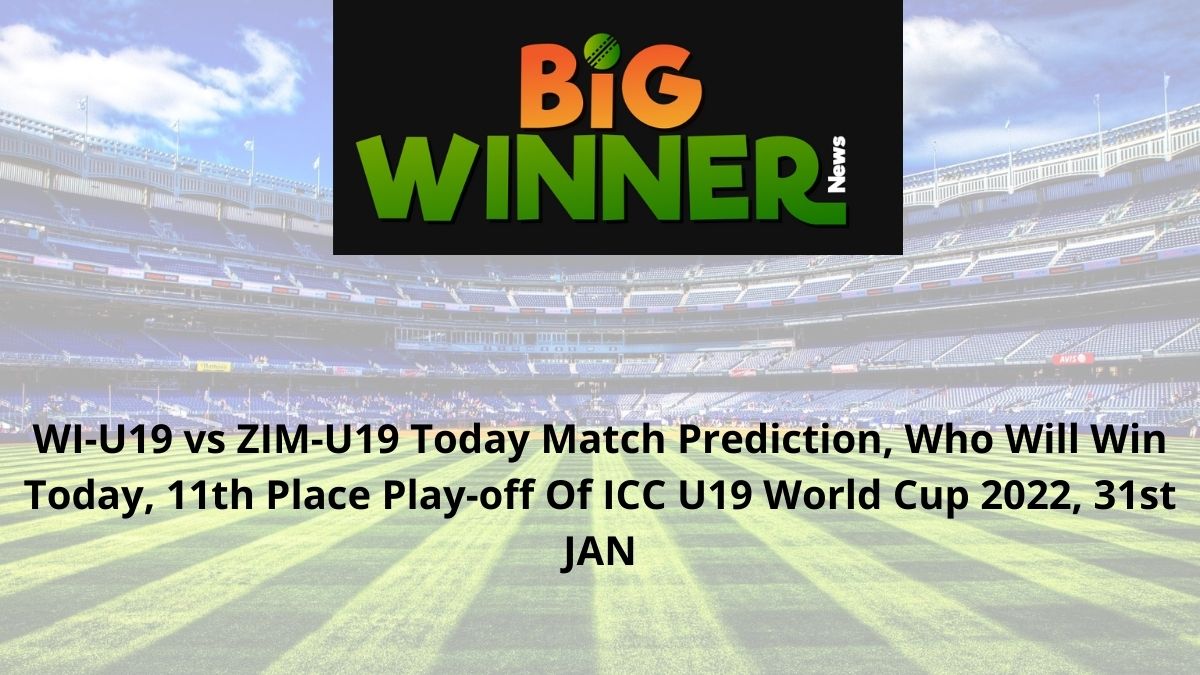 Our Experts bring you the finest today’s match prediction that you can trust. We are here for WI-U19 vs ZIM-U19 Today Match Prediction, ICC U19 World Cup 2022, Online Cricket Betting Tips, which will provide every user with a clear picture of which team and in what aspect they can place their bets.

West Indies U19 side won 1 and lost 2 matches to finish group D in 3rd position in this World Cup. They won against PNG U19 in the plate quarterfinal round but surprisingly lost against UAE U19 in 9th place play-off semi-final round.

Top Batsmen of West Indies U19

Top Bowlers of West Indies U19

Zimbabwe U19 finished group stages in 3rd position after winning just 1 match and losing 2 matches. They won against SCO U19 in plate quarter-final 3 but lost against IRE U19 in semi-finals by 8 wickets.

Top Batsmen of Zimbabwe U19

Top Bowlers of Zimbabwe U19

The temperature is expected to hover around 27°C on the match-day with 74% humidity and 11 km/h wind speed. There are 31% chances of precipitation during the game.

Diego Martin pitch has been helpful for the bowlers this season with 2nd inning average being just 131 runs. All five matches of this tournament on this pitch have won by teams batting first, so toss will be a crucial for both captains.

West Indies U19 expected to win the match against Zimbabwe U19

Both teams have won 2 and lost 3 matches in this tournament and this play-off fixture will be last fixture for either West Indies or Zimbabwe. West Indies are favorites to win against Zimbabwe, but their latest shocking defeat against UAE U19 will give some motivation to Zimbabwe.

The 18-year-old middle-order batsman has scored 139 runs in just 3 matches this tournament. He has scored 2 fifties in this world cup with an impressive average of 69.50 and strike rate of 79.42.

An explosive middle-order star batsman has scored 211 runs in 5 matches this tournament. Bennett’s highest score is 83 runs his average is 42.20 and his strike rate of 88.28.

Right-arm pacer was sensational in the last match against Ireland with 3 wickets. Sankar has taken 9 wickets in 5 matches with an average of 16.77 and an economy rate of just 3.97.

The right-arm medium pacer missed the first match but still led as the highest wickets-taker for Zimbabwe. Falao has taken 9 wickets in 4 matches with an average of 21.11 and economy rate of 5.58.