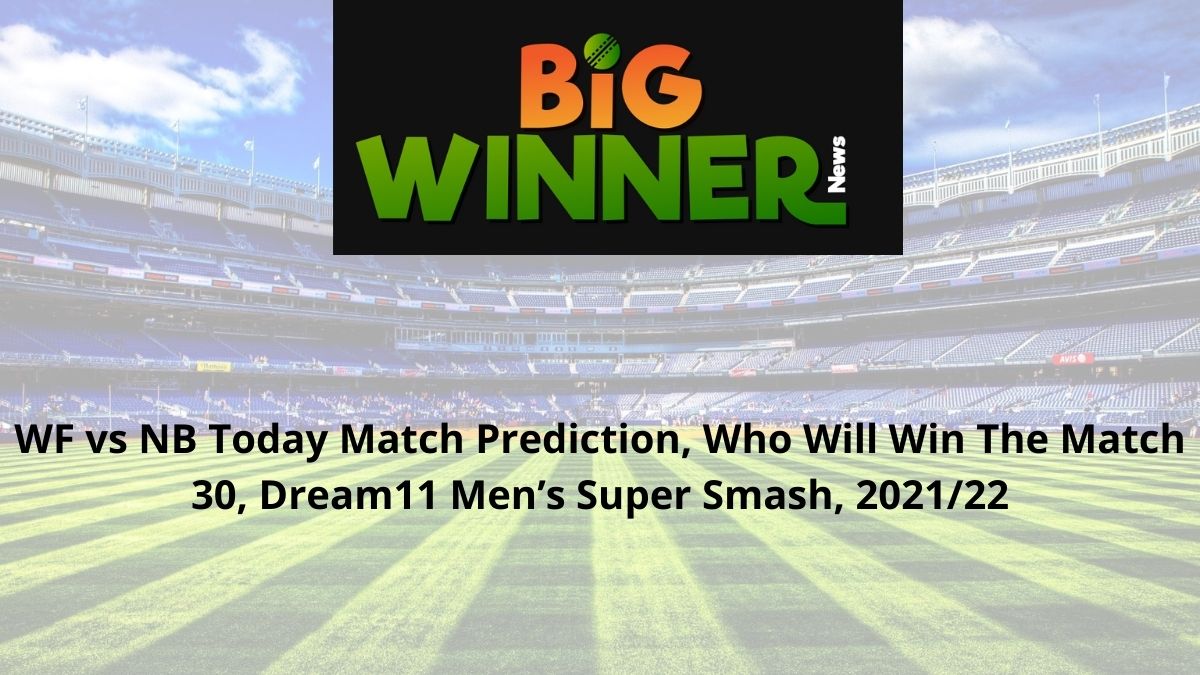 Our Experts bring you the finest today’s match prediction that you can trust. We are here for WF vs NB Today Today Match Prediction, Match 30, Dream11 Men’s Super Smash, Online Cricket Betting Tips, which will provide every user with a clear picture of which team and in what aspect they can place their bets.

Wellington Firebirds have already confirmed their eliminator qualification spot after securing third position in the Super Smash table. They will be checking their bench strength in their last group match before playing Canterbury Kings three days later.

Northern Brave has been the most consistent team of this Super Smash edition. It will be a surprise if they don’t win it on the 29th of January in the finals. They have won 7 out of 9matches this season and sit top of the table with 30 points. This is their last group stage match and they have secured the finals spot as well. They will face the winner of the Wellington Firebirds against the Canterbury Kings clash.

The temperature is expected to hover around 14°C on the match-day with 82% humidity and 15 km/h wind speed. There are 03% chances of precipitation during the game.

Basin Reserve pitch favor both batting and balling but lately, pacers are getting more wickets than before. The average first team score is 157 runs so it will be a good fight for any team that scores 150 plus while batting first.

Northern Brave expected to win the match against Wellington Firebirds

Northern Brave won easily when these two teams meet each other last week. Both teams are in great form lately but Northern Brave has a world-class bowling unit of Tim Southee and Trent Boult to be favorite against any team in the world. Both teams have already ranked in the top three and this will be their last group stage fixture.

Wellington captain has scored 334 runs in this edition of Super Smash and is placed 2nd in the top run-scorers chart, just 35 runs behind Dane Cleaver. He has been scorching run at the average of 83.50 this season and will be the best choice for best batsmen against Northern Brave.

New Zealand international all-rounder has been best player for Northern Brave this season with both and ball. Grandhomme has scored 215 runs in just 8 innings with an average of 35.83 and a striker rate of 143.33.

The young pacer has been leading wicket-taker for Wellington Firebirds with 11 wickets in 8 innings, an average of 17.18, and economy rate of 7.71. He will be a key for Wellington to restrict in-form Northern Brave below 150-160 runs.

Anurag Verma was dropped for the last match and is unlikely to feature against Wellington but off-spinner Joe Walker will be enough on Sunday to end group stage campaign with for points. Walker has taken 11 wickets in 7 innings with an average of 13.27 and maintained an economy rate to just 6.34.