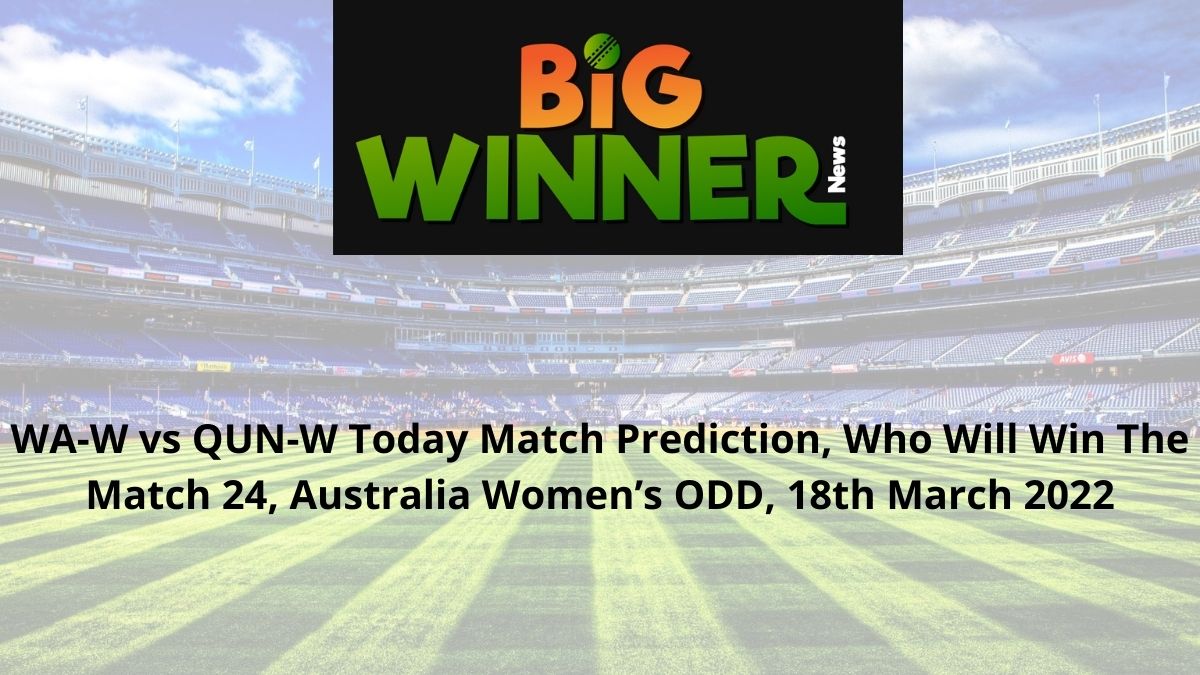 Our Experts bring you the finest today’s match prediction that you can trust. We are here for WA-W vs QUN-W Today Match Prediction, Match 24, Australia Women’s ODD, Online Cricket Betting Tips, which will provide every user with a clear picture of which team and in what aspect they can place their bets.

Western Australia are one of the least successful teams in domestic cricket and finished last season in 7th position. This season, they are yet to win any match and have lost 5 out of 6 matches already. Their last win against today’s opponent came two years ago after another big defeat by 69 runs in the last match. They are placed in last position in the league table with just 2 points from the opening 6 matches.

Queensland are second most successful team in this tournament and are current champions. But this season, they are struggling to perform consistently due to key players are away on national duty. They won first match but were without a win in later five matches. Queensland finally break their winless run in the last match against Western Australia. Now they are placed in 4th position with 12 points from the opening 6 matches, with 2 wins and 3 defeats.

Chisholm pitch is excellent for both batters and bowers so far and we can anticipate early runs and late wickets on Friday. Average score on this pitch is around 230 runs due to a dew-factor in one-day matches.

Queensland Fire are expected to win the match against Western Australia

The middle-order star played a fighting knock of 79 runs off just 70 balls in the last match against mighty Queensland Fire. This was her first fifty in this tournament and she is the second-highest run-scorer for her team this year. Bouchier has scored 125 runs in 4 matches with an average of 31.25 and a strike rate of 93.28.

The young right-handed batter was excellent against Western Australia with 64 runs of 73 balls in the last match. With that inning, she reached the top-five in the most-runs chart this year. Hinkley has scored 178 runs in just 5 innings with an average of 35.60 and a strike rate of 77.72.

The right-arm pacer took 5 wickets against Queensland Fire in the last match after 3 wickets haul against Tasmania. She ranks 6th in the most-wickets chart in this tournament despite missing 3 matches. Britcliffe has taken 8 wickets in just 3 matches with an average of 15.00 and an economy rate of 4.67.

The 24-year-old right-arm pacer is in great form lately with wickets in every last four matches. She took 4 wickets against Meteors and 2 against today’s opponents in the last match to rank 3rd in most-wickets chart in this tournament. Prestwidge has taken 11 wickets in 6 matches with an average of 16.45 and an economy rate of 4.41.