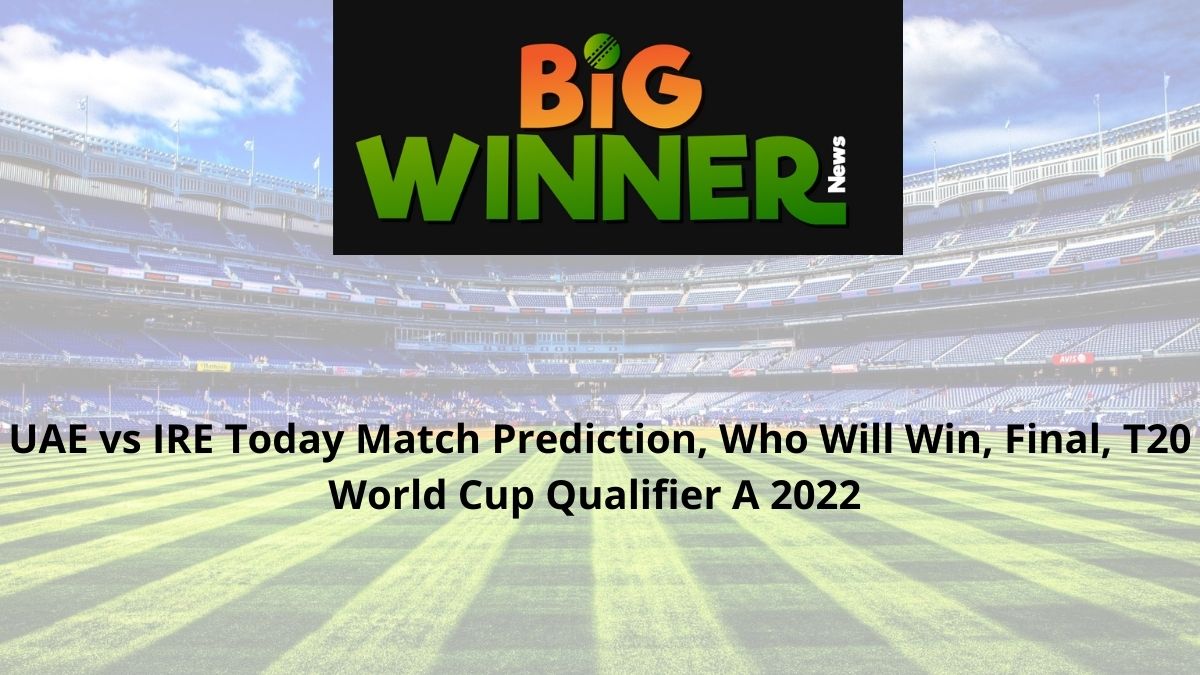 Our Experts bring you the finest today’s match prediction that you can trust. We are here for UAE vs IRE, Today Match Prediction, Final, T20 World Cup Qualifier 2022, Online Cricket Betting Tips, which will provide every user with a clear picture of which team and in what aspect they can place their bets.

United Arab Emirates have returned to the World Cup scenario after a long period of time. They managed to win 2 out of 3 group stage matches and then beat high-flying Nepal by 68 runs to book historic spot in the Australia World Cup. UAE has managed to beat fully-strengthen Irish team twice this month but they are unlikely to make it three on Thursday

Top Bowlers of the United Arab Emirates from the last match

Ireland booked a World Cup spot for the third consecutive year with an easy win over Oman in the semi-finals. Ireland won two group stage matches but lost the first fixture against United Arab Emirates. The Irish side was expected to qualify for the World Cup and they did, but it was not an ‘overall good display’ from the British side. Only two players managed to score 100 plus runs in these qualifiers and only Craig Young managed to impress so far.

The temperature is expected to hover around 25°C on the match-day with 60% humidity and 16 km/h wind speed. There is 1% chance of precipitation during the game.

Ireland are expected to win against United Arab Emirates.

Both teams have qualified for the upcoming World Cup 2022 already and lock horns against each other in the finals of qualifiers. UAE has come victorious in the last two meetings against Ireland but the Irish side has a quality batting line-up which gives them a upper hand in this final.

The Indian-born wicket-keeper batsman is in rich form in these qualifiers and remains the only player to mark the 200 plus run mark so far. The 19-year-old future star is leading the most-runs chart in qualifiers with 267 runs in 4 matches with an average of 133.50 and a strike rate of 156.14.

The star Irish opening-batsman scored consistent runs in all three group stage fixtures but failed to make an impact in the semi-final fixture against Oman. He has scored three thirties in this tournament and will be crucial for Ireland in the upcoming World Cup. Stirling has scored 104 runs in 4 matches with an average of 26.00 and a strike rate of 113.04.

The experienced left-arm spinner and team’s captain was exceptional in the last match against Nepal where he took 5 wickets while conceding just 19 runs to guide his side to historic World Cup 2022 spot. Raza has taken 6 wickets in 4 matches with an average of 14.33 and an economy rate of 6.61.

The experienced right-arm pacer is in great form lately and has taken wickets in every single qualifier fixture so far. Young has taken 6 wickets in last 2 matches against today’s opponents as well. He has taken 8 wickets in just 4 qualifier matches with an average of 13.37 and an economy rate of 6.68.