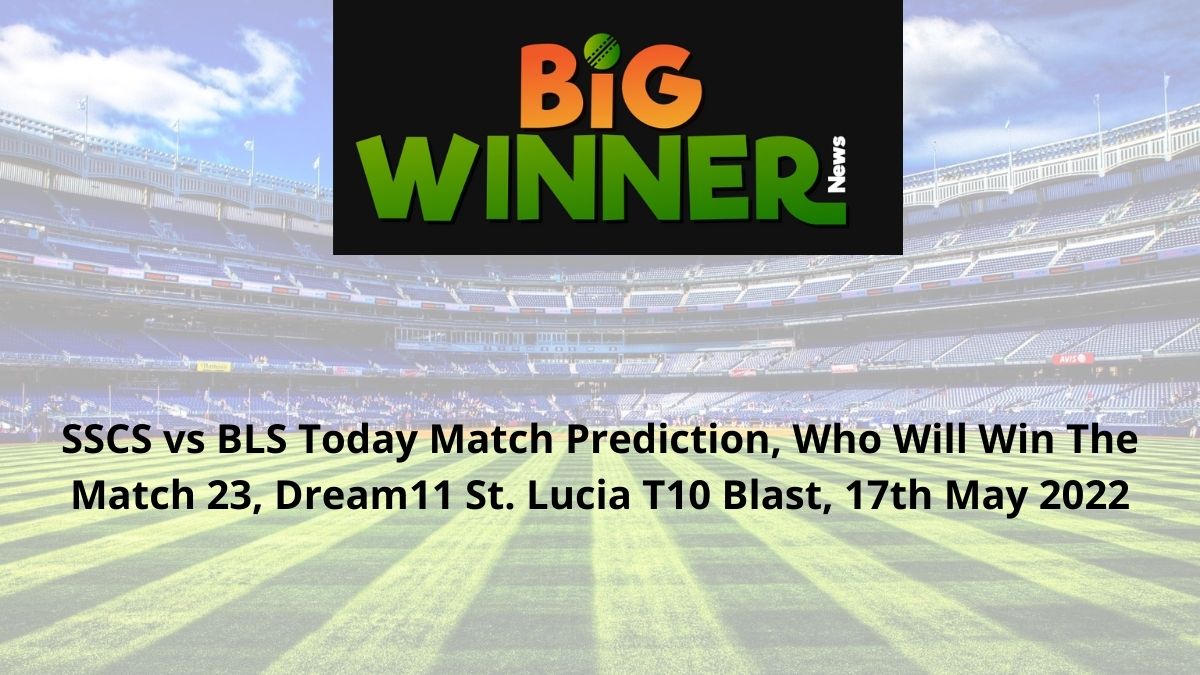 Our Experts bring you the finest today’s match prediction that you can trust. We are here for SSCS vs BLS, Today Match Prediction, Match 23, Dream11 St Lucia T10 Blast 2022, Online Cricket Betting Tips, which will provide every user with a clear picture of which team and in what aspect they can place their bets.

Soufriere Sulphur City Stars now are placed in top of the league table with 6 wickets form then opening 3 matches.

Babonneau Leatherbacks won their second match of this season with 8 runs win over GICB in the last match. They scored 98 runs while batting first with Alvin Lafeuille and Steven Abraham scoring good unbeaten knocks. Then Bradley Marquis and Jevaughn Charles took 2 wickets each to restrict the opponents on just 90 runs. Babonneau Leatherbacks are now placed in 2nd position in the league table with 2 wins and 1 match not-resulted.

The temperature is expected to hover around 27°C on the match-day with 80% humidity and 30 km/h wind speed. There are 17% chances of precipitation during the game.

Daren Sammy pitch is excellent for both batters and bowlers in any t10 games. Average score on this pitch is around 85 runs and teams have consistently scoring above that mark this season.

Who will win the match, Today Match

The 23-year-old wicket-keeper batsman has been a best player for SSCS this season with two big 40 plus runs knocks. He scored 48 runs in just 19 balls against ME in the season opener and score 40 runs off just 20 balls against GICB. Sylvester is leading most-run chart for SSCS with 93 runs in just 3 matches with an average of 46.50.

The 33-year-old middle-order batter is consistent with good knocks for BLS this season. He is leading most-runs chart for BLS and ranks 2nd in this tournament’s highest score list. Shervon Joseph has scored 100 runs in 4 innings with an average of 33.33.

The 26-year-old all-rounder was sensational against SCL in the last match and won man of the match award as well. He scored 59 runs off just 28 balls and then took 3 wickets while conceding just 13 runs. Mesmain ranks 3rd in most-wickets chart in this tournament with 5 wickets from 3 matches with an average of 9.40.

The 19-year-old youngster is currently one of the best all-rounder in this tournament with back to back impressive performances. He was a key player for BLS in winning both qualifying fixtures and reach group stage round. He has taken 2 wickets each in all first three matches and now leading most-wickets chart as well.