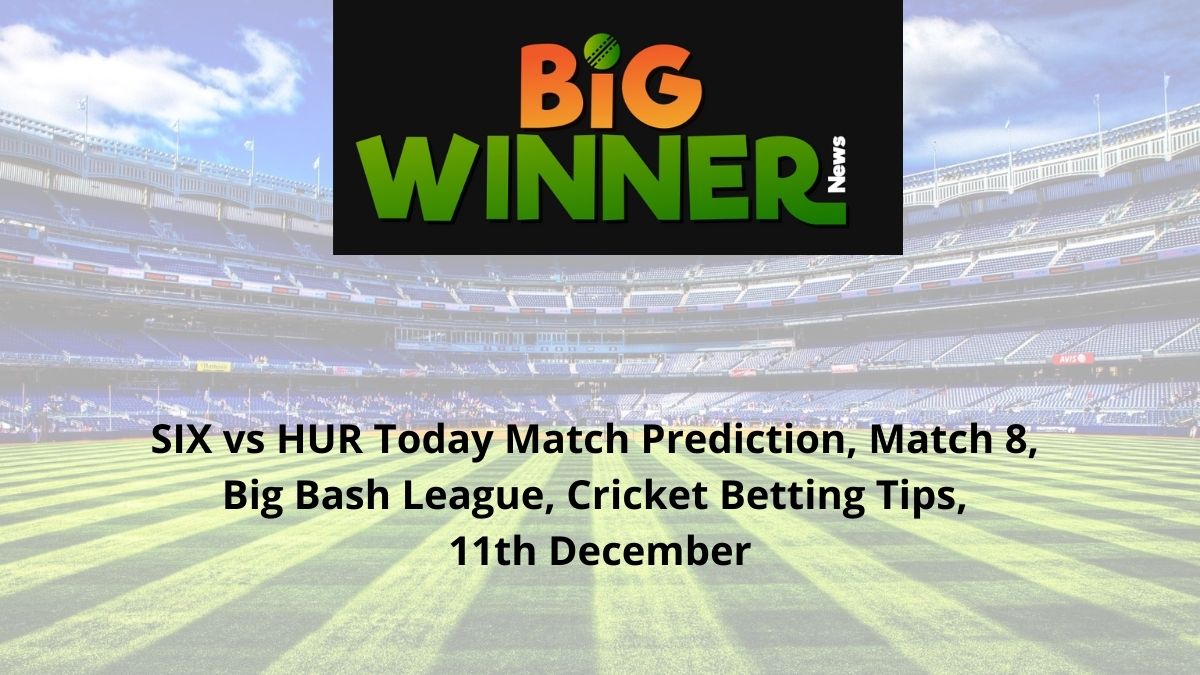 Hobart Hurricanes lost the first match against Sydney Sixers and it will be time to take revenge in this reverse fixture. The first game was at Aurora Stadium which was bit two-paced Hobart’s batters struggled to chase 145 runs. Now the game will be held at SCG which is a paradise for batting and Hobart’s batters will enjoy the outing here.

Hobart is a solid-packed side but hasn’t played to their potential in the last two seasons and it will be an ideal opportunity to defeat two-time defending champions to kickstart this tournament with new hopes. The likes of Matthew Wade and Short at top of the order makes this team really dangerous but needs to be at their best if they want to upset the 2-time defending champions in their own backyard.

Sydney Sixers have again proved their metal this season with two back-to-back wins to start off the season. They out-muscled Melbourne Stars with 152 runs in the first game and then defeated Hobart Hurricane by 14 runs in the second game. They will now again face Hobart’s side and it is a great opportunity for 2 time defending champions to put pressure on others’ sides with three consecutive wins.

Sydney Sixers were 39 for 5 inside 9 overs at one stage against Hobart Hurricane but a spirited effort from Moises Henriques of 73 runs took them to a challenging total of 144 runs which their bowlers brilliantly defended. So far, their bowling department has been in lethal touch with the English twins of Curran and Jordan being sensational. In the batting department, Moises Henriques has been eye-catching with 70 plus scores in both matches at a swashbuckling strike rate.

The weather will be Partly cloudy but there are no chances of rain according to the matchday weather forecast. In the last match, we witnessed extra seam for fast bowlers in 2nd innings under lights which again might be the case in this match.

Sydney Cricket Ground has been the batsman’s hunting ground in recent times and in the first match also, Sixers smoked 213 runs which tell the whole scenario of Sydney’s pitch. The average score will be around 170 but seamers will fancy their chances early on under lights as wind speed will be really strong.

SIX vs HUR – Who will win the match, Today Match Prediction:

Sydney Sixers is expected to win the match against Hobart Hurricanes

The experts feel Sydney Sixers will win against Hobart Hurricanes in this match. Sydney Sixers are two-time defending champions and so far they have been playing like their trademark dominating style. They were 39 for 5 at one stage but made a scintillating comeback and won comfortably against the Hobar Hurricane which gave them a huge boost.

Sydney will miss Sean Abbott but still have players like Kerr who have been terrific for them. On the other hand, Hobart will look to get their tournament underway but needs to sort out their bowling department as in absence of Scott Boland, they struggled in death overs and it can hurt them at SCG.

Matthew Wade scored 20 runs in his first outing this season and was looking all set to take bowlers downtown until Hayden Kerr outdone him. Wade was this year’s T20 World Cup hero but his performances in the Big Bash have been consistent over the years. It was Big Bash only who opened gates for his comeback in 2019 after nearly taking retirement. Wade is a lethal batter at top of innings and last year also, he smashed two fifties against India at Sydney ground. He can hurt Sydney Sixers heavily if he sets his eyes.

Moises Henriques has looked in supreme touch this season with 70 plus knocks in both matches so far. He is known as Captain Fantastic in Sydney and because of his captaincy, only Sydney are two-time defending champions.

He has smoked runs at more than 170 strike rates this season and Sydney Cricket Ground is his favorite hunting ground. His knock of 73 in the last match against Hobart Hurricanes was a glimpse of his brutal masterstroke and can again give you good returns from this match.

Sydney Sixers were 39 for 5 wickets at one stage and it was Rogers who did the damage with the new ball. The 27-year-old fast bowler has been on the Australian domestic scene for years but the absence of Scott Boland gave him a golden opportunity and so far, he has grabbed with both hands.

He is sharp with his lines and exerts some extra bounce from the wicket. He is still an unknown commodity at Big Bash League and can emerge to be Hobart’s latest sensation. He is surely one to watch out for and can give you good returns.

The 37-year-old veteran is this season’s highest wicket-taker with 5 scalps and has been Sydney’s underrated gem over the years. He is a typical slow left-arm bowler who keeps his line wicket to wicket and waits for batsman mistakes.

Steve was more utilized in powerplay overs last season but this season there has been a change of strategy by Moises as he has used him in middle overs to keep a tap on opposition batters. O’Keefe enjoys bowling at SCG and has brilliant memories over there and will look to add another in his cabinet by again dismantling Hobart Hurricanes.