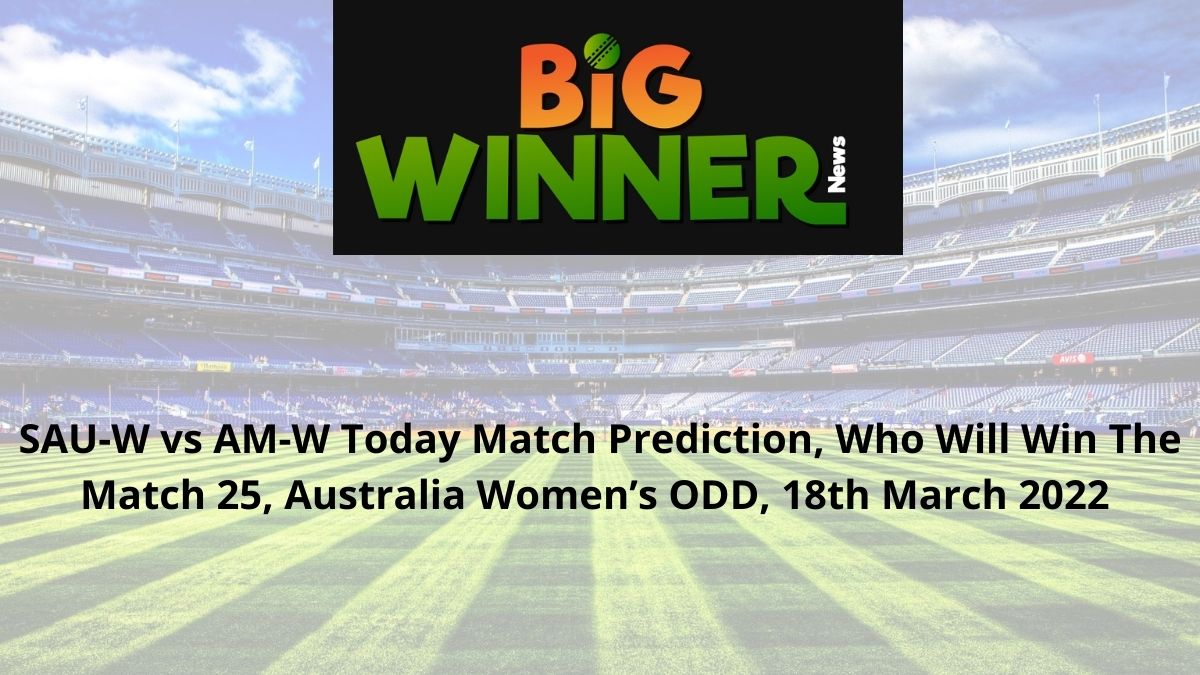 Our Experts bring you the finest today’s match prediction that you can trust. We are here for SAU-W vs AM-W Today Match Prediction, Match 25, Australia Women’s ODD, Online Cricket Betting Tips, which will provide every user with a clear picture of which team and in what aspect they can place their bets.

South Australian Scorpions are still in contention to finish in the top-two position in Australia Women’s National Cricket League this season. They are placed in 3rd position with 18 points after 6 opening matches with just one loss, but two matches were abandoned due to Covid-19 reasons. They beat ACT Meteors on the same venue by a big margin of 7 wickets in their last match.

Consistency and batting are the two biggest issues for the Meteors this season, with no consecutive win and only one player reaching 100 runs mark after 6 matches. They are placed in 5th position in the league table after 6 matches with 12 points only, with 2 wins and 3 defeats. They were bowled out to just 166 runs in the last match against today’s opponents and lost by 7 wickets eventually.

Phillip Oval pitch is excellent for the batters and this tournament is no different. Bowlers get little help in the end but average score remains above 250 runs on this pitch.

Both teams are struggling for consistency this year but South Australian Scorpions’ last win gave them a chance to reach the finals this season. In the reverse fixture, Scorpions recorded a big dominating win by 7 wickets against Meteors three days ago. They have also won 3 times in the last 5 meetings against today’s opponent and are likely to make it four on Friday.

The young all-rounder played a match-winning knock of 72 runs off 89 balls against ACT in the last match. This war her second fifty this season and now she ranks 4th in the most-runs chart in this tournament. Webb has scored 195 runs in 5 innings with an average of 39.00 and a strike rate of 83.69.

The experienced star all-rounder scored two consecutive fifties in the last two matches and remains the only player to cross 100 runs mark for her side. Osbourne has scored 126 runs in 5 innings with an average of 31.50 and a strike rate of 56.0.

The star right-arm pacer is enjoying a great spell with the ball in this tournament and now ranks 5th in a most-wickets chart after just 4 innings. She took 1 wicket in the last match but gave away just 22 runs in her 8 overs. Betts has taken 9 wickets in just 4 innings with an average of 14.77 and an economy rate of just 3.89.

The 23-year-old right-arm pacer is one of the few consistent performers for the Meteors this season. She is shining with both bat and ball but was out of touch in the last match against Scorpions. Leeson has taken 7 wickets in just 5 innings with an average of 18.42 and an economy rate of 4.80.