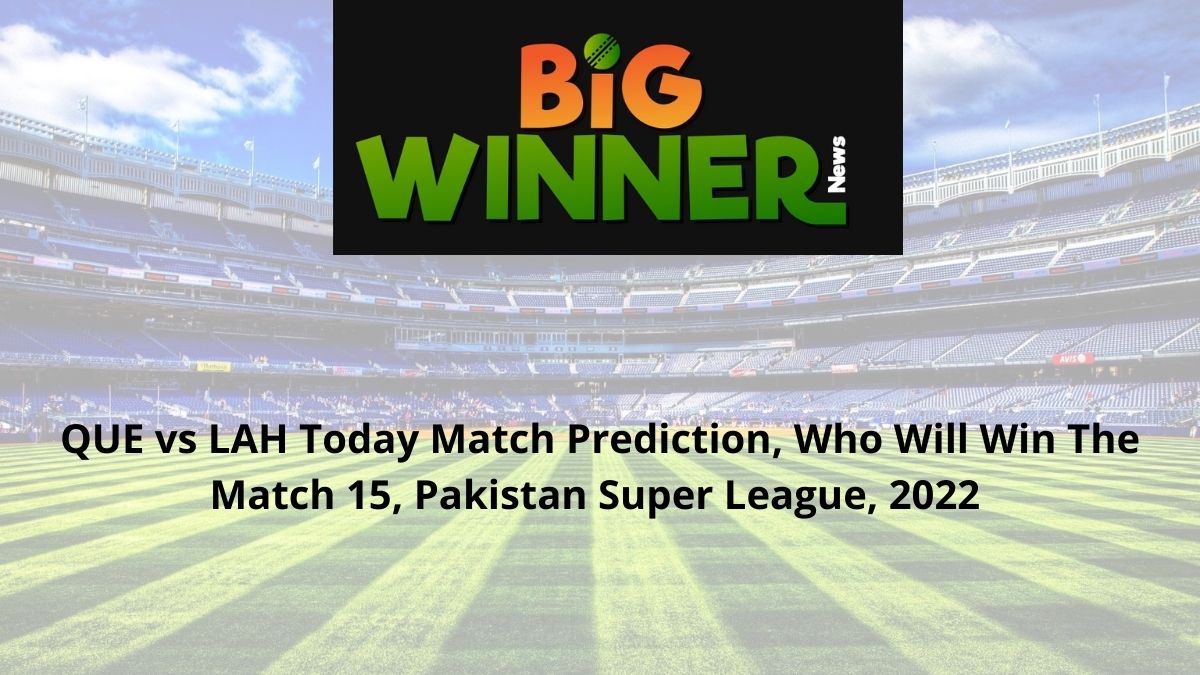 Our Experts bring you the finest today’s match prediction that you can trust. We are here for QUE vs LAH, Today Match Prediction, Match 15, Pakistan Super League, Online Cricket Betting Tips, which will provide every user with a clear picture of which team and in what aspect they can place their bets.

Quetta Gladiators are finding it tough to find consistency this season with another defeat against Islamabad United. Gladiators showed some spirit in the last two matches but lost by narrow margins. They are placed in 5th position with 2 points in 4 matches.

Lahore Qalandars finished last season in the second-last fifth position with 10 points. But they have been excellent this season with 3 wins in 4 matches. The Qalandars won against United by 8 runs in the last match and now are placed in 2nd place in the position.

The temperature is expected to hover around 27°C on the match-day with 55% humidity and 9 km/h wind speed. There are 16% chances of precipitation during the game.

Karachi Stadium pitch has always been helpful for batsmen and teams have been scoring above average this year. Any score above 180 will be easy to defend for any team on Monday.

Lahore Qalandars are expected to win against Quetta Gladiators

Quetta Gladiators are struggling for consistency this season and they are unlikely to change that in the remaining matches. The Gladiators have lost the last 2 matches and have won just once in the last 5 matches. Lahore Qalandars have lost just one match this year and are now placed at 2nd position in the league table. They have won their last three matches and are expected to make it four after the Gladiators clash.

An experienced right-handed batsman has been a consistent performer for Gladiators with 3 fifties so far. Ahsan Ali has scored 204 runs in just 4 matches with an average of 68.00 and strike rate of 151.11 this season.

Star Pakistani opener started this tournament with a bang, two fifties, and the first century of this tournament. He has scored 286 runs in 4 matches with an average of 71.50 and strike rate of 178.75.

The 18-year-old pacer, who has already cemented his place in the Pakistani test national team, is having a breakthrough PSL campaign this year. Naseem Shah has taken 6 wickets in 4 matches with an average of 20.50 and an economy rate of 8.10, including a fifer against Karachi Kings.

Star Pakistani pacer and Lahore Qalandars captain is leading the most-wickets charts for his team. Afridi has taken 7 wickets 4 matches with an average of 16.28 and an economy rate of 7.12 this year.