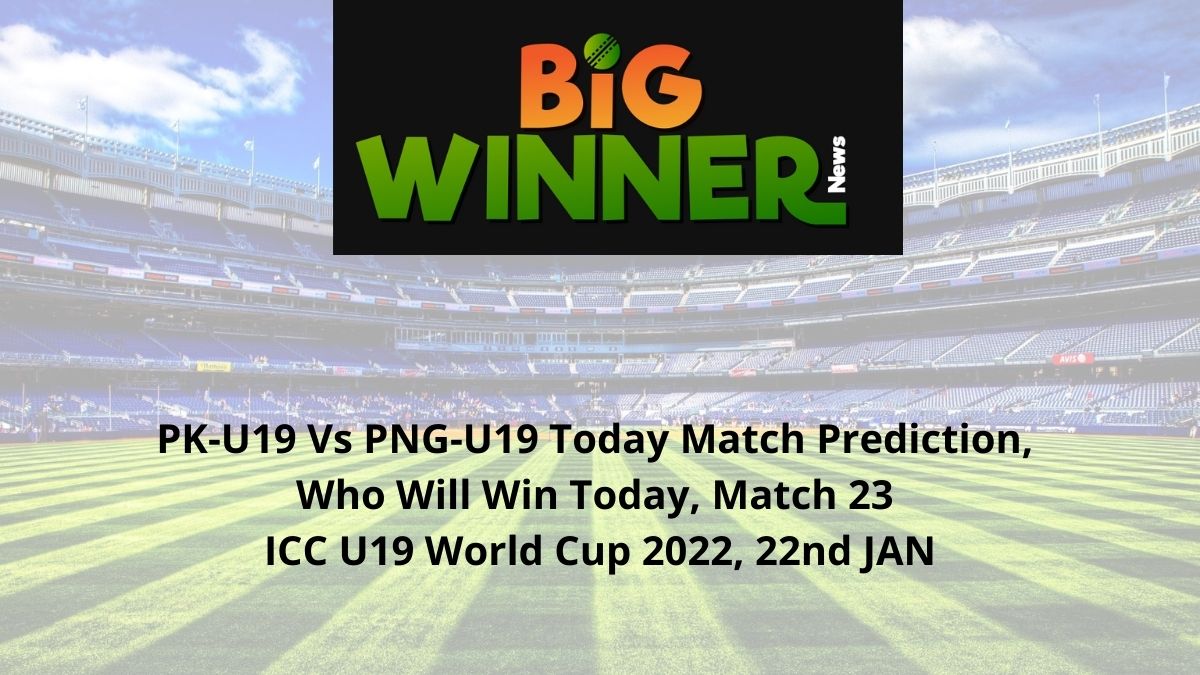 Our Experts bring you the finest today’s match prediction that you can trust. We are here for PK-U19 vs PNG-U19 Today Match Prediction, ICC U19 World Cup 2022, Online Cricket Betting Tips, which will provide every user with a clear picture of which team and in what aspect they can place their bets.

Pakistan U19 won both matches of the tournament and their latest win against AFG U19 secured their quarter-finals spot. They won their first match by big margin but their batting lineup struggles against Afghanistan. Pakistan will now check their bench strength against PNG U19 and will enter the quarter-finals as a favorite to win this World Cup.

Top Batsmen of Pakistan U19

Top Bowlers of Pakistan U19

Papua New Guinea U19 is a newly formed time and it will take more years to get used to international tournaments. They lost the first match against Afghanistan by 135 runs but their bowlers restricted opponents on just 200 runs but the batting lineup was bowled out to just 65 runs.

The temperature is expected to hover around 25°C on the match-day with 78% humidity and 13 km/h wind speed. There are 00% chances of precipitation during the game.

Both teams will be playing first time on this pitch and this will be the first scheduled fixture of this tournament on this pitch. Pitch is perfectly suitable for fast ballers and the average score in ODI matches is just 217. So any score above 200 runs will be defendable on Saturday.

Pakistan won the first two matches of this tournament and now facing the weakest team in this group. Pakistan struggled against Afghanistan in their last match but managed to win by 24 runs. Star bowler Awais Ali was the hero of the last match with three important wickets after taking 6 wickets in the first match. Papua New Guinea has already out of this tournament with two big losses and has failed to score hundred plus runs in their last three matches overall.

The number three batsman has impressed in both matches in this tournament. He was the top scorer in the last match with 68 runs and was the only player to score 50 for PK U19 against AFG U19.

New Guinea U19 captain has been their best hop to cross a hundred marks in their last match of the tournament. He has scored 7 and 15 runs in the first two matches and is tipped to be the best batsman for them on betting platforms.

Pakistani star bowler took shockingly 6 wickets in the first match and again was the most wicket-taker for PK U19 with 3 wickets against AFG U19. He will be looking to take two more wickets against PNG and move to the top in balling ranks of this tournament.

PNG U-19 pacer has been their best player for this World Cup campaign and has shown great potential to feature for the senior national team soon. Kevau has picked up 6 wickets in the first 2 matches and has impressed with a good economy rate around 5.00 so far.