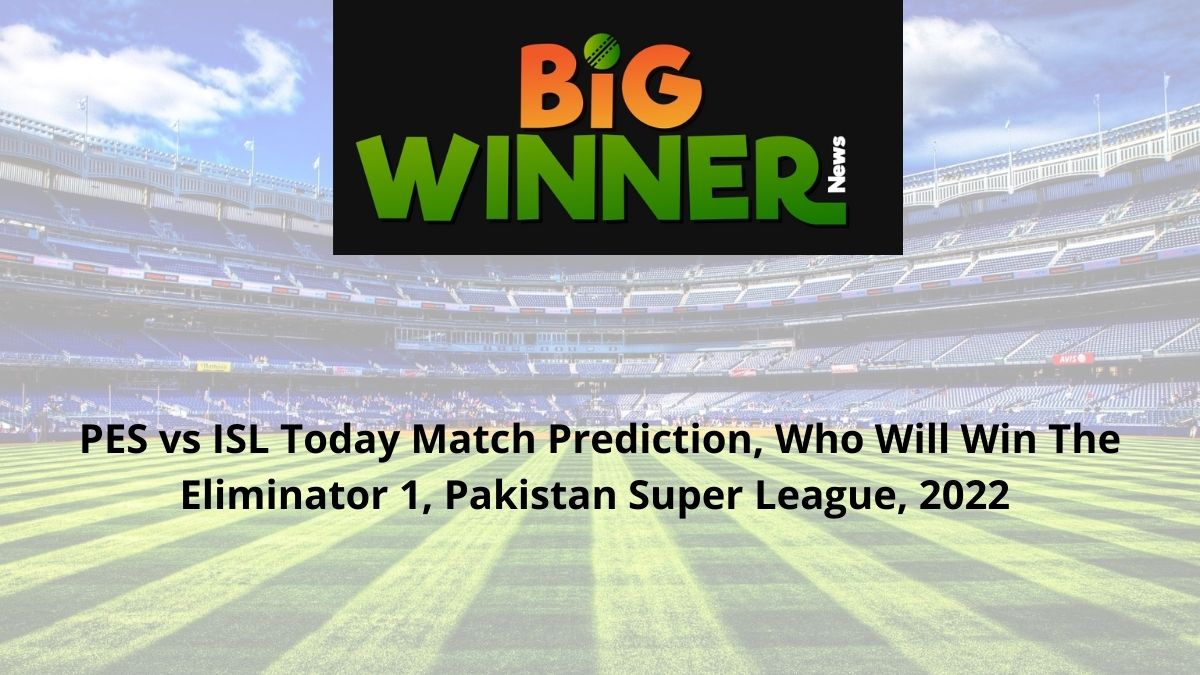 Our Experts bring you the finest today’s match prediction that you can trust. We are here for PES vs ISL, Today Match Prediction, Eliminator 1, Pakistan Super League, Online Cricket Betting Tips, which will provide every user with a clear picture of which team and in what aspect they can place their bets.

Peshawar Zalmi continues to impress this season after a poor start. They have won their last 4 matches and clear favorites to reach the second eliminator on Thursday. They won 6 group stage matches this year and finished in 3rd position. In the last match, they managed to win against Lahore Qalandars in the super over. The Qalandars are waiting for revenge in the second eliminator so it will be a fierce clash between rivals for sure.

Islamabad United are fortunate to be here in the Eliminator 1 as they have won just once in the last 5 matches. United won just 4 out of 6 matches and finished this season in 4th position with 8 points. They lost their last match against champions Multan Sultans by 6 wickets after restricted to just 105 runs. They are scoring big runs consistently but failing to finish the game off this season and will be looking to improve that in the most important match of the year.

The temperature is expected to hover around 28°C on the match-day with 88% humidity and 04 km/h wind speed. There are 03% chances of precipitation during the game.

Lahore pitch has been excellent for the batter in the second half of the tournament with the likes of Fakhar Zaman and Mohammad Rizwan scoring 500 plus runs already. Bowlers have failed to get any help from this pitch this season, which was unexpected. The average score on this pitch has also increased this year so we can expect another high-scoring clash on Thursday.

Both teams secured an eliminator spot with a match left in the group stage fixtures. Islamabad United will find them lucky to be here as they lost their last 4 matches. But other results have been helpful for their clause this season. Zalmi is in a great run lately and are clear favorites to win this fixture to qualify for the eliminator 2. Both teams win once against each other in the group stage fixtures this year, so it will be another thriller at Gaddafi Stadium on Thursday.

The legendary all-rounder was once again the team’s highest run-scorer in the last match against Qalandars and also took a wicket. Shoaib Malik is the leading most-runs chart for the Zalmi with 346 runs in 10 matches with an average of 43.25 and a strike rate of 138.95 this year.

The young Pakistani wicket-keeper batsman has been excellent this year and scored a fantastic knock of 85 runs against tonight’s opponents in the last group stage fixture. Azam Khan has scored 228 runs in 9 innings with an average of 28.50 and a strike rate of 143.39 this season.

The star Pakistani pacer was not convincing this year but played a key role in the last match to secure a super over win over Lahore Qalandars with 2 wickets. Zalmi captain has taken 9 wickets in 9 matches with an average of 33.00 and an economy rate of 8.48 so far.

The star all-rounder and United captain missed 3 matches this season, including the last match, but still leading most-wickets charts in this tournament. Shadab Khan has been excellent with both ball and bat and tipped to win the best player of the year. He has taken 17 wickets in just 7 matches with an average of 8.52 and an economy rate of 6.04 so far.