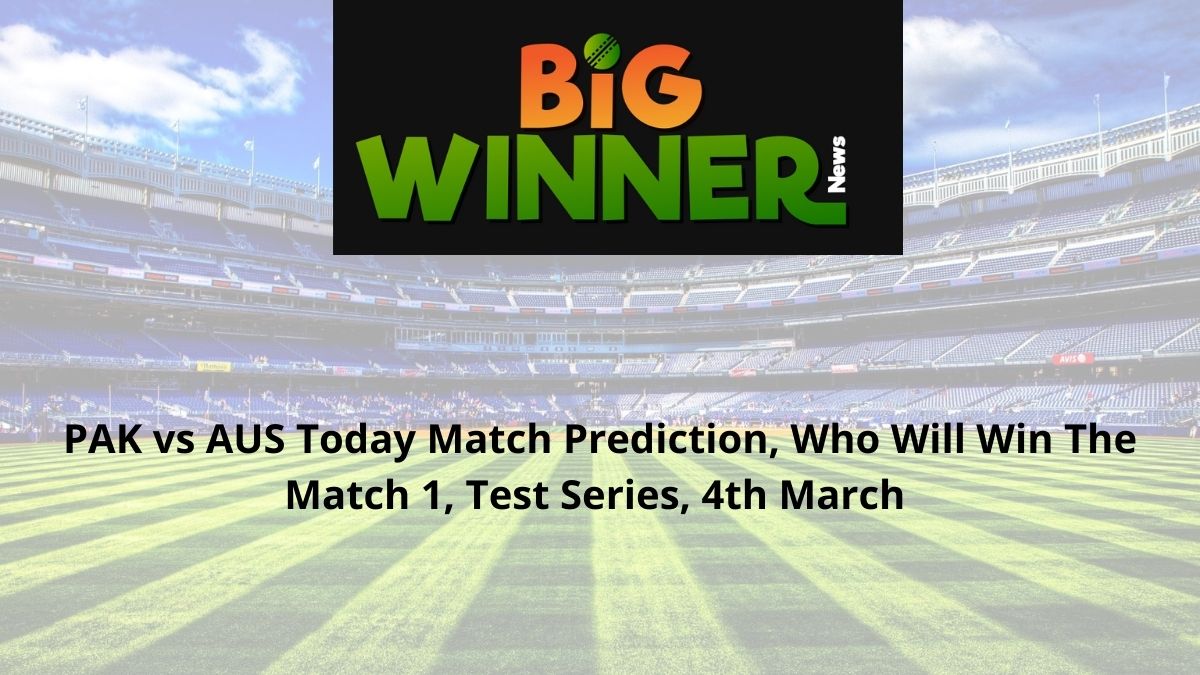 Our Experts bring you the finest today’s match prediction that you can trust. We are here for PAK vs AUS Today Match Prediction, Match 1, Test Series, Online Cricket Betting Tips, which will provide every user with a clear picture of which team and in what aspect they can place their bets.

Pakistan side continues to rise in white-ball format but still struggling for consistency in the test cricket. They rank 6th in the ICC test team rankings despite winning their recent series against Bangladesh by 2-0. Hosts also suffered some injury shocks this week with Hasan Ali and Faheem Ashraf. Haris Rauf is also ruled out of first match after testing positive for the Covid-19 test. They have drafted Mohammad Wasim Jr and Naseem Shah in the squad and former is set to make his test debut on Saturday.

Australian side dominated the Ashes in their last test series with a 4-1 win. That resulted into securing top-spot in ICC test rankings but they are just 3 points ahead of India and need to win this series as Indian side are playing against Sri Lanka on the same day. They have just two test matches and lost seven on Pakistani pitches so it will not be an easy task for Australia to dominate this series.

The temperature is expected to hover around 14°C on the match-day with 55% humidity and 10 km/h wind speed. There is 1% chance of precipitation during the game.

Rawalpindi pitch is famous for the extra pace and bounce for the pacers but new pitch unveiled yesterday, which has no grass. Pitch is completely in favour for spinners and Pakistan are set to play both Nauman Ali and Sajid Khan.

Australia are expected to win the first test match against Pakistan

Australian side rank first in ICC test team rankings and favorites to win this match and series as well. Pakistan team is missing their star players Abid Ali, Hasan Ali, and Faheem Ashraf to injuries and that will prove a difference at the end of this match. Australian side have lost just once in last five test matches against Pakistan but the hosts have much better records at home against Kangaroos.

Pakistani captain will be a key player for the hosts in the entire series in the absence of star in-form opener Abid Ali as he is only player to rank in top-ten of ICC test batsmen chart. He scored one big fifty from the 3 innings in their recent test series against Bangladesh. Babar Azam has scored 2461 runs in 37 matches with an average of 43.2 and a strike rate of 54.9.

The star number 3 test specialist scored a century and two fifties in the recent Ashes which earned him a top spot in ICC test batsmen chart. Marnus Labuschagne has scored 2220 runs in just 23 matches with an average of 56.9 and a strike rate of 53.8.

The star pacer ranks 4th in ICC test bowlers ranking after an excellent display in recently won Bangladesh series. Afridi also enjoyed a great PSL season last month where he led Lahore to triumph with 19 wickets. He has taken 86 wickets in just 21 matches with an average of 23.9 and an economy rate of 3.00.

The Australian captain started his leadership role with a 4-1 Ashes win where he took most wickets, 21. Cummins ranks 1st in ICC test bowlers chart and has taken 185 wickets in 38 matches with an average of 21.2 and an economy rate of 2.76.