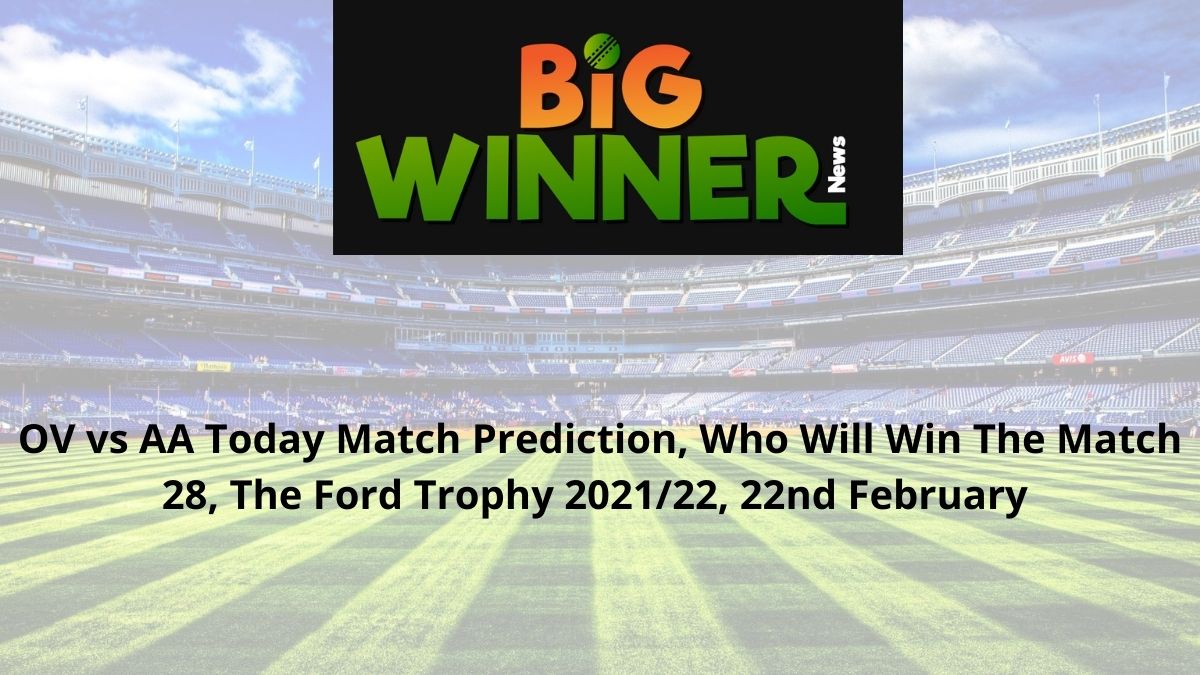 Our Experts bring you the finest today’s match prediction that you can trust. We are here for OV vs AA Today Today Match Prediction, 28th Match, The Ford Trophy, Online Cricket Betting Tips, which will provide every user with a clear picture of which team and in what aspect they can place their bets.

Otago Volts finally won a match against Northern Districts by 1 runs after going on 5 matches winless run this season. This was their 3rd win in 8 matches as they sit in 5th position in the league table with 15 points. A win over Auckland Aces will be a big boost for their chances for the eliminator. Volts are totally dependent on their bowling unit this season as 3 of them rank in top-5 wickets taker this season.

Auckland Aces started their Ford Trophy campaign with back to back defeats after a disappointing Super Smash campaign. But they have turned the table with consistent good displays lately and now are placed in 3rd position in the league table with 4 wins and 3 losses. They have played just 7 games this season, less than all other teams competing and that will surely give them chance to finish in top-two position at the end.

Eden Park pitch is a totally made for the batters and 300 runs on this pitch is an easy target. Ball comes nicely on the bat, without any movement as bowlers have no help from the pitch even with old ball.

The temperature is expected to hover around 23°C on the match-day with 76% humidity and 17 km/h wind speed. There are 8% chances of precipitation during the game.

Auckland Aces expected to win the match against Otago Volts

Auckland Aces are in great form lately and are expected to win against Otago Volts by big margin at their home ground. Aces have won 4 matches out of 7 and are placed in 3rd position in the league table with16 points. Volts are just a point behind their opponents but are struggling for consistency lately. Both teams faced each other in their latest Plunket Shield match last week where Aces recorded a big win by 213 runs over Volts.

The 38-year-old former New Zealand international batsman has been one of the few names who is scoring runs consistently this season for the Volts. Broom has scored 187 runs in just 6 matches with an average of 31.16 and a strike rate of 69.51 so far.

The experienced New Zealand opening batsman is leading most-runs charts in this tournament and remains only player to cross 300 runs mark this season. Worker has scored 346 runs in just 7 matches with an average of 49.42 and a strike rate of 85.85.

The right-arm pacer has been excellent this year and leading most-wickets chart for his team and the Ford Trophy 2021-22. He has taken 12 wickets in just 7 matches with an average of 22.83 and an economy rate 6.71.

The 19-year-old leg-spinner is enjoying a great domestic one-day debut season with Auckland Aces and shown great potential to feature in national team soon. Ashok is leading mots-wickets charts for his side with 10 wickets in just 5 matches with an average of 26.50 and an economy rate of 5.63.