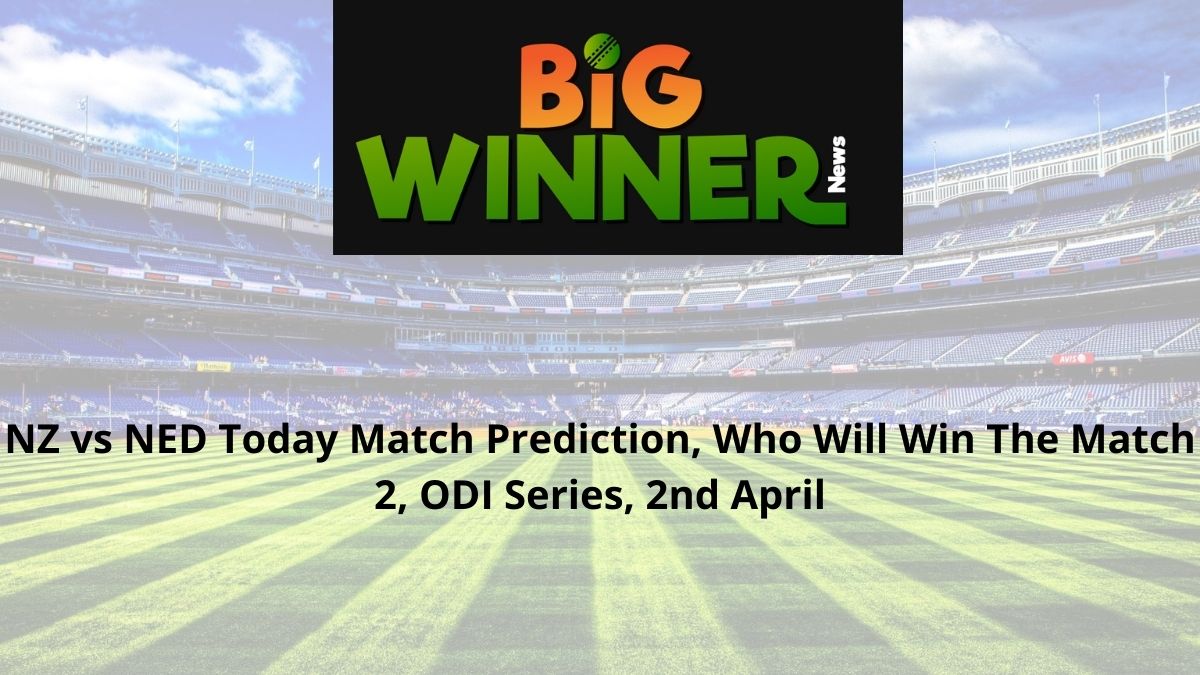 Our Experts bring you the finest today’s match prediction that you can trust. We are here for NZ vs NED Today Match Prediction, Match 2, ODI Series, Online Cricket Betting Tips, which will provide every user with a clear picture of which team and in what aspect they can place their bets.

New Zealand rank 1st in ICC ODI chart and returned to 50-overs format after a year gap. They last played ODI match in March 2021 and their last series against Pakistan was cancelled due to security issues. New Zealand are without a win in their last 4 overall series but are clear favorites to win this match and seal the first series triumph of this year. Veteran batsman Ross Taylor is included in the squad and will retire after the third and final match of this series.

Netherlands side ranks 14th in the ICC ODI teams chart and are newcomers in international cricket. They have played their last three series against test-playing countries and have gained a good experience of competition in international cricket. They scored 200 plus runs in the last match against the pace attack of Matt Henry, Kyle Jamieson, and Ish Sodhi. But bowlers failed to contain much-experienced Kiwi batsmen.

The temperature is expected to hover around 23°C on the match-day with 69% humidity and 10 km/h wind speed. There are 37% chances of precipitation during the game.

Seddon Pitch is balanced for bot batters and bowlers in the past but lately bowlers have dominated here. Pace bowlers are enjoying a good swing and bounce on this pitch and due to that, average score remains around just 220 runs.

New Zealand are clear favorites to win the second match and seal this three-matches ODI series on Saturday. Netherlands are newcomers to international cricket and their lack of experience and quality difference was on display in the first match. New Zealand has won both of their ODI clashes against the Netherlands and is set to make it three in three at Hamilton.

The veteran opening batsman played his first match of this year for the national team in the first ODI but failed to make an impact. Guptill is tipped to be the best batter for the hosts ahead of the likes of Ross Taylor and Henry Nicholls. Guptill has scored 6929 runs in 187 ODI matches with an average of 42.0 and a strike rate of 87.6 so far.

Max O’Dowd remains the best player for the Netherlands despite his recent struggles in one-day matches. He scored just 4 runs in the first match and failed to score big in both warm-up matches before that. O’Dowd has scored 343 runs 9 matches with an average of 49.00 and a strike rate of 73.44.

The 27-year-old right-arm test specialist bowler played his only 6th ODI match and bowled a career-best spell. He took 3 wickets while conceding just 45 runs and will be eager to continue his ODI career with same performance in this match. Jamieson has taken 8 wickets in 6 matches with an average of 28.9 and an economy rate of 4.14.

The star Dutch all-rounder was the best player for the visiting team in the first match. He scored 67 runs and took 2 important wickets of Ross Taylor and Henry Nicholls, both clean bowled. Rippon has taken 12 wickets in 7 ODI matches with an average of 16.58 and an economy rate of 3.58.