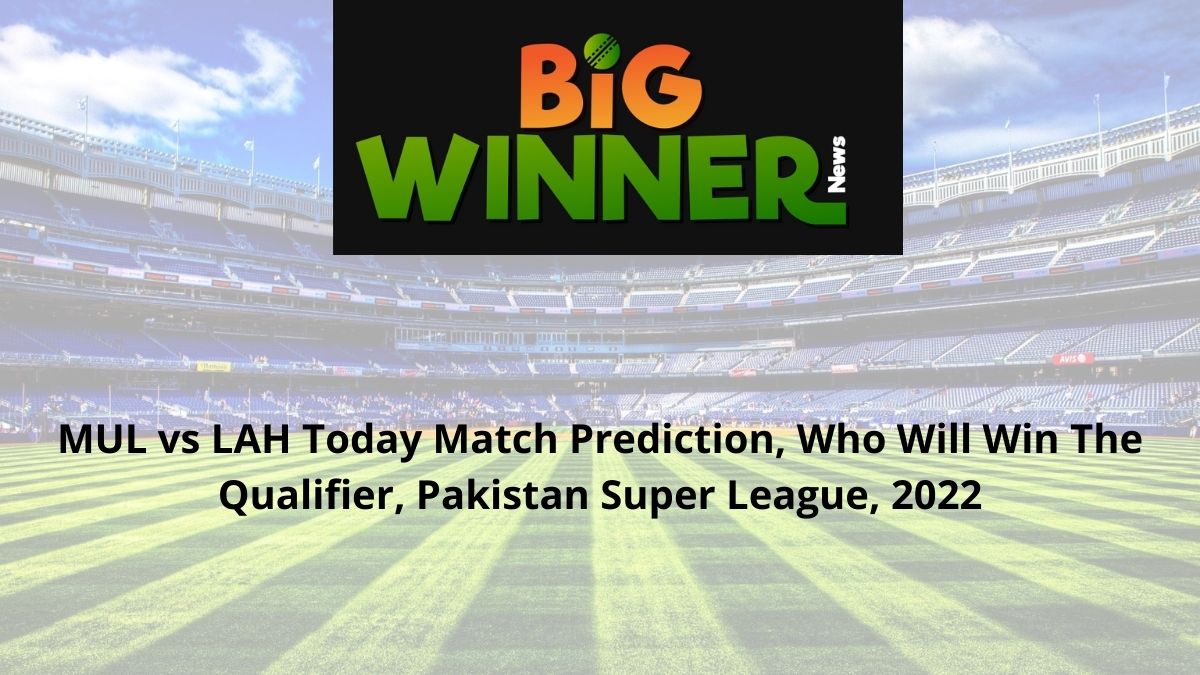 Our Experts bring you the finest today’s match prediction that you can trust. We are here for MUL vs LAH, Today Match Prediction, Qualifier, Pakistan Super League, Online Cricket Betting Tips, which will provide every user with a clear picture of which team and in what aspect they can place their bets.

Multan Sultan remained most-consistent team this year with all-round displays from the batsmen and bowlers. They topped the group stages with 9 wins in 10 matches, and are likely to retain PSL trophy this year. They ended group stage campaign with 6 wickets win over Islamabad United and expected to become first-team to reach the finals this season.

Lahore Qalandars finished group stage campaign in 2nd position but there is 6 points gap between them and toppers Multan Sultans. The Qalandars lost against Peshawar Zalmi in the super over after a disappointing display from captain Shaheen Afridi. They have won just 3 matches in the last 6 fixtures and have lost 3 in last 4 against tonight’s opponents.

The temperature is expected to hover around 21°C on the match-day with 81% humidity and 2 km/h wind speed. There are 05% chances of precipitation during the game.

Batsmen have dominated Gaddafi pitch this year as expected but bowlers have also managed to get decent help in the latter stages of the game. With average score around 160 runs, it will be a high-scoring match between two in-form sides.

Multan Sultans dominated this season with 9 wins in 10 matches in group stage fixtures. They deserved to be in the finals but face tough challenge from Lahore Qalandars. Both teams won against each other once in their respective two fixtures this season but Multan Sultans have an upper hand in this clash due to absence of Lahore’s star spinner Rashid Khan.

Star wicket-keeper batsman repeated last season’s heroics again and has lead his side to the qualifier once again. Rizwan scored another fifty in the last match to overtake Masood as team’s highest runs-scorer, and ranks 2nd in overall most-runs chart this season. Rizwan has scored 479 runs in 10 matches with an average of 68.42 and a strike rate of 130.16.

Star Pakistani open has been in form of his life with first-ever century and six fifties this season. He is leading most-runs chart in PSL 2022 and is only player to cross 500 runs mark this season. Zaman has scored 521 runs in 10 matches with an average of 52.10 and a strike rate of 157.40.

The veteran Pakistan-born African spinner ranks 2nd in the most-wickets chart in PSL 2022, just a wicket behind Shadab Khan. Imran Tahir was sensational in the last match as he gave away just 8 runs in 4 overs and took 2 wickets as well. Tahir has taken 16 wickets in 10 matches with an average of 15.43 and an economy rate of 6.33 so far.

The star Pakistani pacer was excellent with a bat in the last match but has been much better with ball in this entire season. Afridi ranks 4th in most-wickets chart, just 2 wickets behind highest wickets-taker Shadab Khan. Afridi has taken 15 wickets in 10 matches with an average of 20.06 and an economy rate of 7.52.