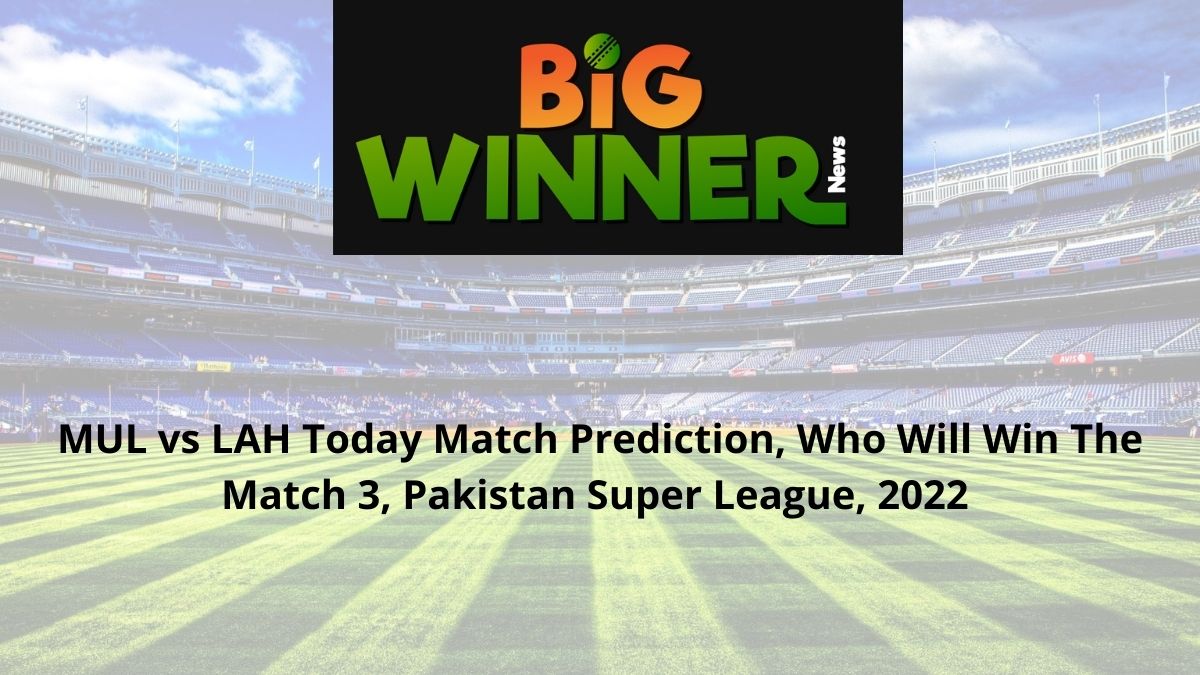 Our Experts bring you the finest today’s match prediction that you can trust. We are here for MUL vs LAH, Today Match Prediction, Match 3, Pakistan Super League, Online Cricket Betting Tips, which will provide every user with a clear picture of which team and in what aspect they can place their bets.

Multan Sultans started their campaign with a big win against might Karachi Kings. Sultans easily chased down 125 target with 7 wickets remaining and star captain Mohammad Rizwan scored an unbeaten 52 runs off 47 balls.

Lahore Qalandars started last season with consistent wins but lost last four matches and finished in 5th position. Qalandars have one of best bowling unit in the league in form of Rashid Khan, Shaheen Afridi, and Haris Rauf and will fancy their chances against in-form Sultans.

The temperature is expected to hover around 28°C on the match-day with 28% humidity and 5 km/h wind speed. There are 05% chances of precipitation during the game.

Multan Sultans bowler managed to win the first match on this pitch against Karachi, just two days ago. Bowlers were impressed with the strict economy rate, something not natural on this pitch, so we can expect more surprises on Saturday with this unpredictable pitch.

Multan Sultans started this tournament with a big statement win over mighty Karachi Kings. They will be ready to repeat last year’s consistency against a struggling Qalandars and will be dependent on their in-form captain Mohammad Rizwan.

Lahore Qalandars played their last match against tonight’s opponents and it was a forgetful fixture. Sultans won by 80 runs as they bowled out Lahore on just 89 runs while chasing 170 runs total.

Star opener was one of the few impressive performers for the Qalandars. He scored 287 runs with an average of 31.88 and a striker rate of 121.09. His highest score was 83 runs and he scored 2 fifties.

The young pacer was awarded a national team call-up last year after he finished the PSL 2021 as the highest wickets-taker. He took 20 wickets in just 11 matches. He started this year with a wicket against Karachi to keep his momentum.

The world-class spinner will be heading Qalandar’s famous bowling unit once again. Rashid Khan enter this tournament after an impressive BBL season last week. In PSL 2021, Afghanistan star took 11 wickets in just 8 matches with an impressive average of 15.90 and an economy rate of 5.46.