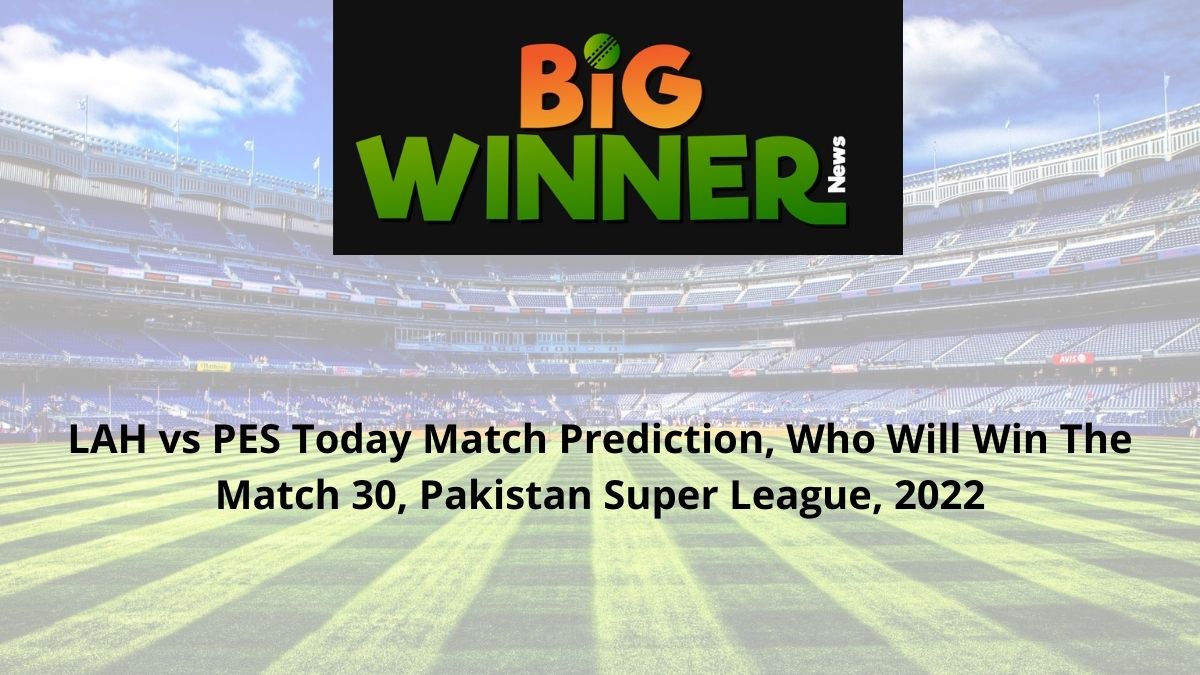 Our Experts bring you the finest today’s match prediction that you can trust. We are here for LAH vs PES, Today Match Prediction, Match 30, Pakistan Super League, Online Cricket Betting Tips, which will provide every user with a clear picture of which team and in what aspect they can place their bets.

Lahore Qalandars beat Islamabad United by 66 runs in their last match to ensure their top-two position in the league table. They are 2 points ahead of Zalmi but the result on Monday will not make any changes in the league table due to a far better run rate from the Qalandars. They will face Multan Sultans in the first qualifier after tonight’s match and will be looking to end group stages with another win.

Peshawar Zalmi changed their fortune with fantastic performances in the last week. They have won their last three matches and secured the 3rd position in the league table after Multan Sultans beat Islamabad United on Sunday clash. Zalmi will face 4th placed Islamabad United in the first eliminator in their next match.

The temperature is expected to hover around 19°C on the match-day with 64% humidity and 01 km/h wind speed. There is 01% chance of precipitation during the game.

This will be the last group stage match on the Lahore pitch and this season it has been more helpful for the batters. Teams have crossed average scores many times as Multan Sultans scored the highest score of 245 runs three days ago. The ball is coming nicely on the bat in both innings so the toss will not be a crucial one on this pitch but captains will tend to choose bat first.

Lahore Qalandars are expected to win against Peshawar Zalmi

Islamabad United lost their last match yesterday which automatically secured eliminator one place for Peshawar Zalmi. Multan Sultans finished the group stage as table toppers and Lahore Qalandars have secured the 2nd spot in the table. Zalmi is just 2 points behind them but a win will not be enough to overlap Qalandars due to the big net run rate gap.

So Zalmi will definitely finish this season in third place. Zalmi has their last three matches and have a better head-to-head record against Lahore Qalandars but the latter have won all of their last five meetings against Zalmi.

The star Pakistani opener has already crossed the 500 runs mark this season and leading the most-runs charts in PSL 2022. Fakhar Zaman has scored 521 runs in just 9 matches with an average of 57.88 and an economy rate of 157.87 so far. He is expected to finish this season as top run-scorer ahead of the likes of Mohammad Rizwan and Shan Masood.

Legendary Pakistani all-rounder is having a great PSL season and remains only Zalmi player to cross 200 runs mark this year and ranks 5th in the most-runs charts in the tournament. Shoaib Malik is leading the most-runs charts for the Zalmi with 314 runs in 9 matches with an average of 44.85 and a strike rate of 142.08 so far.

It’s hard to choose in between Rashid Khan, Shaheen Afridi, and Zaman Khan for best Qalandars bowler this season. But Afghanistan spinner gets nod on betting platforms due to his 4 wickets heroics in the last match. Rashid Khan has taken 13 wickets in 9 matches with an average of 17.30 and an economy rate of 6.25.

The young right-arm pacer remains only player to take 10 plus wickets this season as Zalmi’s bowling unit has struggles a lot this year. Salman Irshad has taken 12 wickets in just 7 matches with an average of 19.41 and an economy rate of 8.32 so far.