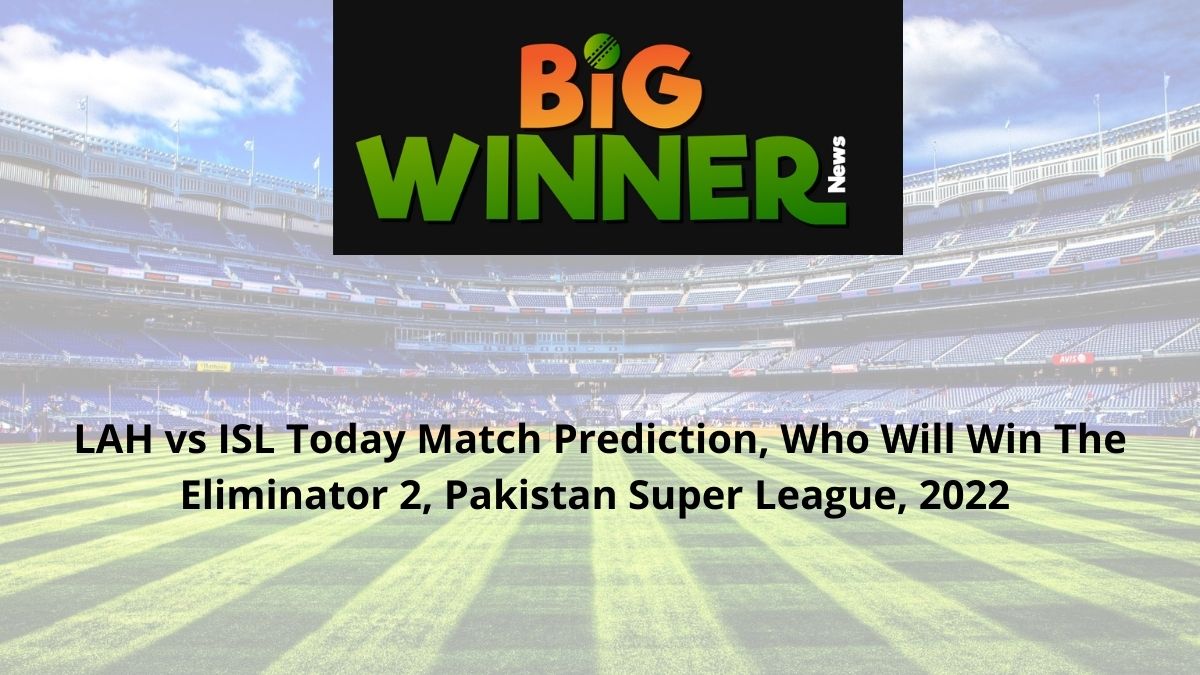 Our Experts bring you the finest today’s match prediction that you can trust. We are here for LAH vs ISL, Today Match Prediction, Eliminator 2, Pakistan Super League, Online Cricket Betting Tips, which will provide every user with a clear picture of which team and in what aspect they can place their bets.

Lahore Qalandars lost against champions Multan Sultans in the first qualifier by 28 runs as they were restricted to just 135 runs while chasing a decent target of 164 runs. Once against their star bowling unit struggled to make an impact and it was a one-man show from the star opener Fakhar Zaman. Qalandars have won just once in their last five matches but have won twice against tonight’s opponents this season.

Islamabad United finished this season in the fourth and final spot for the eliminator clash. They managed to win just 4 group stage fixtures but won against Peshawar Zalmi in the first eliminator with quality leadership from Shadab Khan. They beat in-form Peshawar Zalmi in the last match by 5 wickets with just 3 balls remaining, after losing the last three group stage fixtures. They have a much better head-to-head record against tonight’s opponents but have lost both fixtures against Qalandars this season.

The temperature is expected to hover around 12°C on the match-day with 93% humidity and 05 km/h wind speed. There are 05% chances of precipitation during the game.

Teams have managed to score big runs on Gaddafi pitch this season and bowlers have got very little help so far. But few days ago, both teams struggled on the same pitch and bowlers dominated that match. We can expect a balanced pitch for this eliminator fixture on Friday.

Islamabad United have reached this second eliminator with a bit of luck in the recent matches. Their captain Shadab Khan surely deserves credit for his leadership duties to guide his team in tough conditions. Lahore Qalandars lost their last two matches, including a qualifier against Mulan Sultans, but are still favorites to reach the finals after Friday clash. Qalandars beat United in both fixtures this season with an ease and expected to make it three in a row in the second eliminator.

The experienced and star opener Fakhar Zaman continues to break records this season after another big fifty in the qualifier. He broke Babar Azam’s record for the most-runs in single PSL season in the last match with his fine knock of 63 runs. Zaman is leading most-runs chart in this tournament with 584 runs in 11 matches with an average of 53.09 and a strike rate of 155.31.

The experienced English opener missed three matches this season but still leading most-runs chart for his team. He played a match winning knock of 62 runs against Peshawar Zalmi in the first eliminator yesterday. Hales has scored 317 runs 8 matches with an average of 45.28 and a strike rate of 149.52.

Lahore Qalandar’s captain and star pacer has struggled for the wickets in the last two matches but will be the best bowlers for his side in the hope of finals spot. Shaheen Afridi has taken 15 wickets in 11 matches with an average of 22.13 and an economy rate of 7.54.

The star all-rounder captain remains best player of this tournament so far as his contribution with bat and ball has been valuable. Shadab Khan is leading most-wickets chart in this tournament despite missing 3 matches with 18 wickets in 8 fixtures with an average of 10.00 and an economy rate of 6.42.