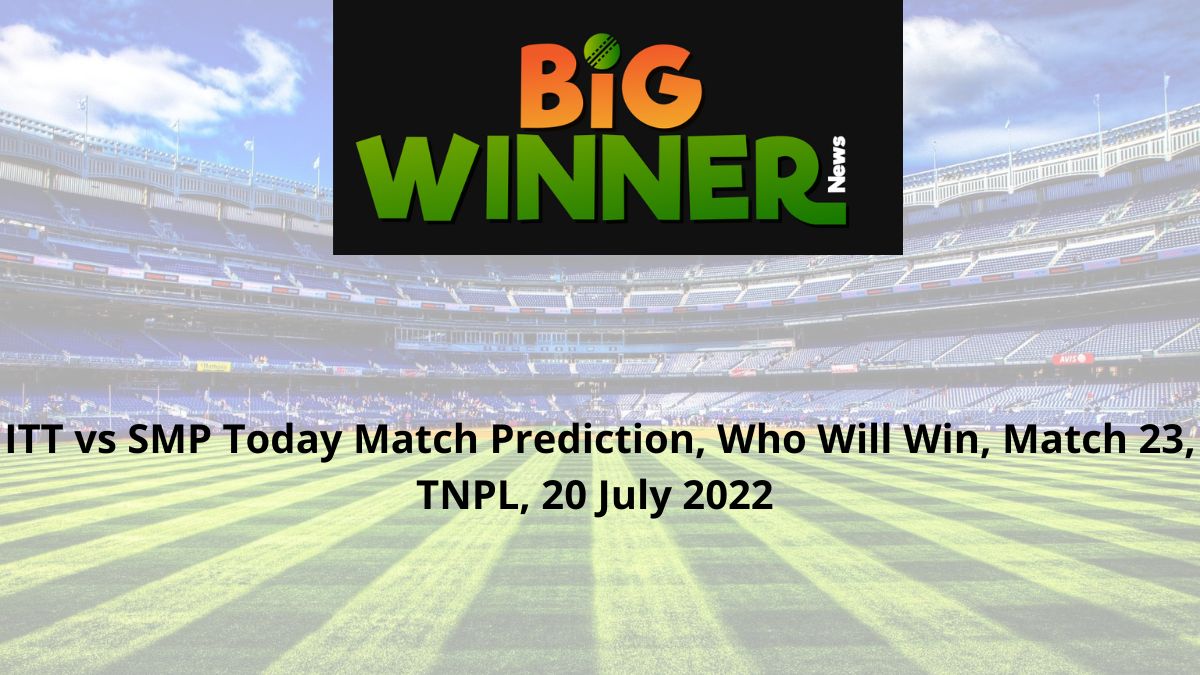 Our Experts bring you the finest today’s match prediction that you can trust. We are here for the ITT vs SMP, Today Match Prediction, 23rd Match, TNPL, Online Cricket Betting Tips, which will provide every user with a clear picture of which team and in what aspect they can place their bets.

Madurai Panthers are in good form at the moment having won their last two contests. They have defeated Dragons by seven wickets whereas, they took down Spartans by 39 runs in their last contest. The team had also won their last three meetings against Tiruppur Thamizhans.

Tiruppur Thamizhans are in need of win here in order to stay in the line for the knock outs. Tiruppur have won two out of their five matches so far in the tournament and they have to bring in their A-game to win against Panthers here. Despite having experienced players like Anirudha Srikkanth, the team is struggling to get over the line.

The temperature is expected to hover around 29°C on the match-day with 59% humidity and 7 km/h wind speed. There is 37% chance of precipitation during the game.

The pitch will assist the spinners more and also, the batters can get things done once they settle in. While the conditions suit the bowlers in the second half, anything below 145 is easy to chase at this venue.

Tiruppur Thamizhans are expected to win the match against Madurai Panthers

MK Bafna is the leading run-scorer for Tiruppur Tamizhans. He is yet to pick up his strike rate which is around 109 but he has been consistent throughout the tournament when it comes to scoring runs. On the whole, Bafna has notched up 133 runs from his five matches.

KB Arun Karthik is having a good tournament at the moment. He is averaging close to 46 and has scored a ton recently. From his five matches, he has notched up 229 runs and has scored 31 fours and six sixes so far. Certainly, he is the most experienced player available in this contest.

Sunny Sandhu fits in right as the perfect bowlers from Madurai Panthers. Despite being the leading wicket-taker for the team, he has also been economical and has bagged seven wickets with the best of 3/11. He also has bowled a couple of maidens. One can expect him to come up with something special today

M Mohammed has managed to pick up six wickets and also has notched up 75 runs. He has been excellent with his line and length and is handy with the bat lower down the order. Mohammed could be an ideal choice when it comes to the bowling department of Tamizhans.