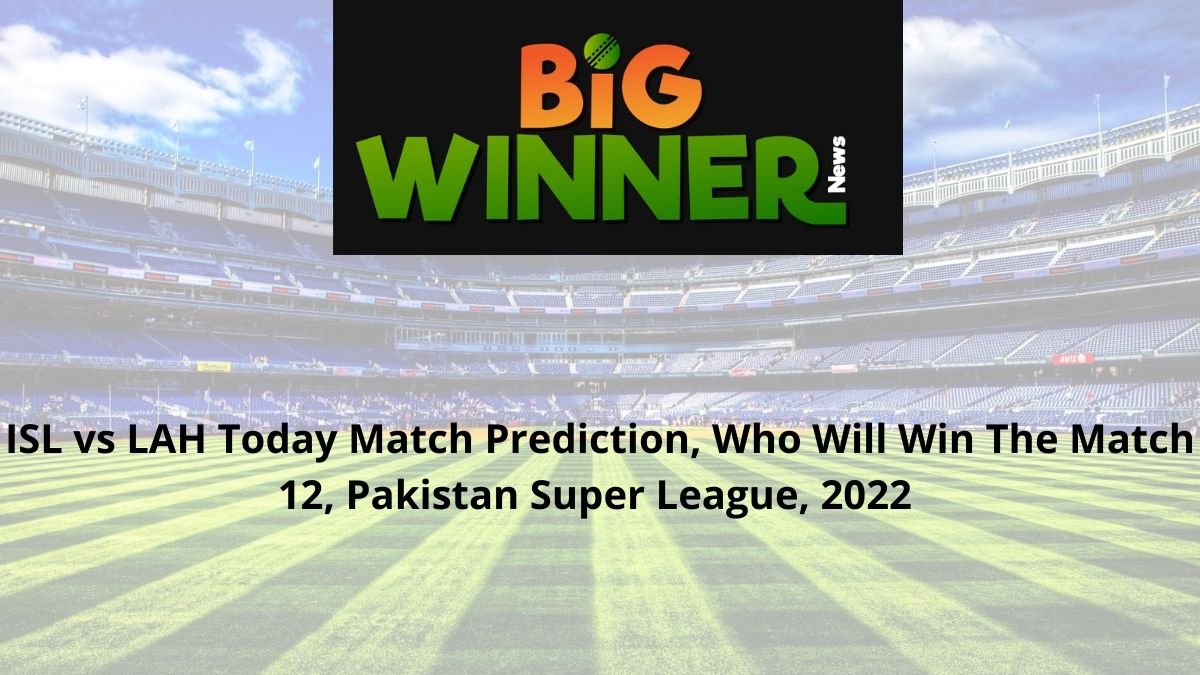 Our Experts bring you the finest today’s match prediction that you can trust. We are here for ISL vs LAH, Today Match Prediction, Match 12, Pakistan Super League, Online Cricket Betting Tips, which will provide every user with a clear picture of which team and in what aspect they can place their bets.

Islamabad United topped the league table last season but lost in the eliminator. United have started this season on positive note, winning two matches and lost 1. They are placed in the 2nd position with 4 points from 3 opening matches.

Lahore Qalandars finished last season in the second-last fifth position with 10 points. The Qalandars started this season with a defeat against Multan Sultans but have won last two matches.

The temperature is expected to hover around 26°C on the match-day with 62% humidity and 13 km/h wind speed. There are 4% chances of precipitation during the game.

Karachi Stadium pitch has always been helpful for batsmen and teams have been scoring above average this year. Any score above 180 will be an easy to defend for any team on Saturday.

Islamabad United are expected to win against Lahore Qalandars

Both Islamabad United and Lahore Qalandars have started this season with two important wins from the opening three matches. Islamabad’s side are placed 2nd in the table and a win will cement their position.

But Lahore’s side is in great form lately with back-to-back wins, and the rich form of Fakhar Zaman and Shaheen Afridi will be key for them against United on Saturday.

Irish skipper has been proving a surprise package this season with an explosive strike rate of 200 plus. Stirling has scored 134 runs in 3 matches with an average of 44.66 and strike rate of 212.69 with two fifties.

Star Pakistani opener started this tournament with 2 fifties and a first-ever century. He is already leading the most-runs charts. Zaman has scored 248 runs in 3 matches with an average of 82.66 and strike rate of 186.46.

Young Pakistani all-rounder is leading most-wickets charts for his team and has also shined with bat this term. He has taken 6 wickets in 3 matches with an average of 14.16 and an economy rate of 7.08.

Lahore captain is leading by example for his team this season with sensational pace and length. Afridi has taken 6 wickets in 3 matches with an average of 15.00 and an economy rate of 7.50.