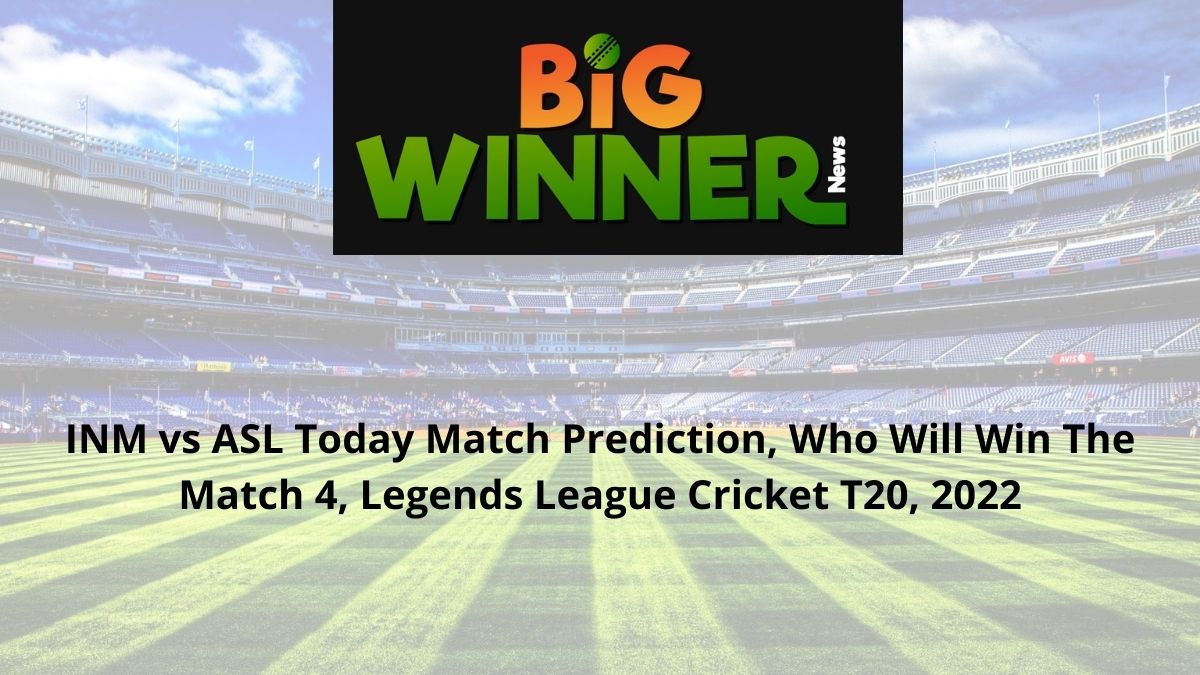 Our Experts bring you the finest today’s match prediction that you can trust. We are here for INM vs ASL Today Today Match Prediction, Match 4, India Maharajas vs Asia Lions, Online Cricket Betting Tips, which will provide every user with a clear picture of which team and in what aspect they can place their bets.

India Maharajas won the first match against Asia Lions in the tournament opener but lost against World Giants in the second match. Wicket-keeper opener Naman Ojha scored a magnificent 140 runs off just 69 balls in the last match but World Giants Imran Tahir’s heroics with the bat, 52 runs off 19 balls, denied them another win.

The temperature is expected to hover around 22°C on the match-day with 50% humidity and 13 km/h wind speed. There are 0% chances of precipitation during the game.

The pitch at Al Amerat Cricket Stadium has been helpful for the bowlers in the past, but the first three matches of this tournament say it otherwise. All three matches were high-scoring games in both the innings, so we can expect another high-scoring match is on the way from Al Amerat.

Who will win the match Today, Today Match Prediction:

India Maharajas are expected to win the match against the Asia Lions.

India Maharajas will find it tough to beat Asia Lions but Naman Ojha’s blistering century in the last match will give them enough inspiration against Asia Lions on Sunday. The inclusion of Wasim Jaffer will give them more stability in the batting lineup. Asia Lions have one of the best bowling units in the world in form of Muralidaran Chaminda Vaas, and Shoaib Akhtar so it will be another close encounter in this tournament.

Naman Ojha showed his fitness in the last match with a stunning 140 runs in just 69 balls. The wicket-keeper batsman has played just 4 international games, compared to other legends in this tournament but will be a key for India Maharajas in next two matches and probably in the finals.

Former Indian all-rounder was the best bowler for Maharajas in the last match with 2 wickets in 4 overs, an economy rate of just 5.50. He also took one wicket in the first match as well.

Former world number one bowler Nuwan Kulasekara took two wickets against World Giants in the last match. He also bowled one maiden over with a strict economy rate of 4.25.