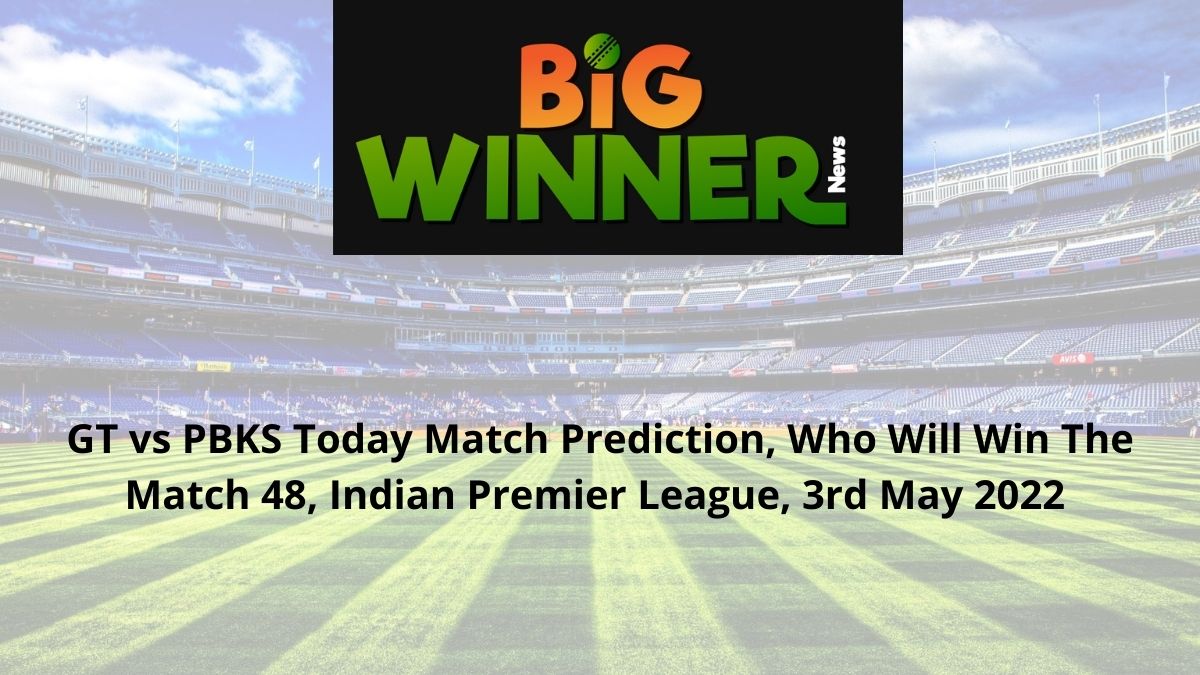 Our Experts bring you the finest today’s match prediction that you can trust. We are here for GT vs BLR, Today Match Prediction, Match 43, Indian Premier League, Online Cricket Betting Tips, which will provide every user with a clear picture of which team and in what aspect they can place their bets.

Gujarat Titans earned their 16th points this season, which makes them favorites to qualify for the qualifiers with 5 games remaining. They beat Royal Challengers Bangalore by 6 wickets but once again it was a last over win, with just 3 balls remaining. BLR scored 170 runs while batting first and were favorites to win the clash as game processed. But David Miller and Rahul Tewatia exploited their bowling in last few overs to turn the results.

Punjab Kings suffered another defeat with a big defeat against Lucknow Super Giants in the last match. They restricted the Super Giants to just 153 runs while bowling first with Kagiso Rabada taking 4 wickets. But their batting lineup collapsed to just 133 runs despite chasing a low score target.

This was their 3rd defeat in last 5 matches and 5th overall this season. Punjab Kings are placed in 7th position in the league table with 8 points from the opening 9 matches with 4 wins and 5 defeats.

The temperature is expected to hover around 30°C on the match-day with 81% humidity and 8 km/h wind speed. There are 2% chances of precipitation during the game.

DY Patil pitch is little helpful for the ballers lately but we can expect a balanced game on Tuesday night. Pitch is providing more turn when the ball gets old and seamers also getting an extra pace in powerplay overs with a new ball.

Gujarat Titans are expected to win the match against Punjab kings

Gujarat Titans continue to seal last over wins with bit of luck and now comfortably sit at top of the league table. Punjab Kings are struggling for the consistency this season and enter this fixture after a heavy defeat against Lucknow Super Giants in the last match. The Titans won the first reverse fixture against the Kings by 6 wickets but on the last ball on 8th of April.

The young Indian opening batsman scored 96 runs against tonight’s opponent when these two side face each other in the first reverse fixture. Gill has scored 2 fifties this season but is struggling for the consistency lately. He has scored 260 runs in 9 matches with an average of 28.88 and a strike rate of 137.56.

The veteran Indian opener continues his last season’s form with his new team and once again tipped as best batsman for the Kings on Tuesday. He scored unbeaten 88 runs against Chennai Super Kings but was bowled out on just 5 runs against Lucknow Super Giants in the last match. He has scored 307 runs in 9 matches with an average of 38.37 and a strike rate of 126.33.

The experienced Indian star started this season with little off form but is in excellent form in the last few matches. Shami took a big wicket of Virat Kohli in the last match and now is leading most-wickets chart for his side as well. He has taken 14 wickets in 9 matches with an average of 20.00 and an economy rate of 7.77 so far.

The star South African pacer missed the first match this season but now is leading most-wickets chart for his team. He took 4 wickets against Lucknow Super Giants in the last match and has entered the Purple Cap race as well. Rabada has taken 13 wickets in 8 matches with an average of 18.46 and an economy rate of 8.27 so far.