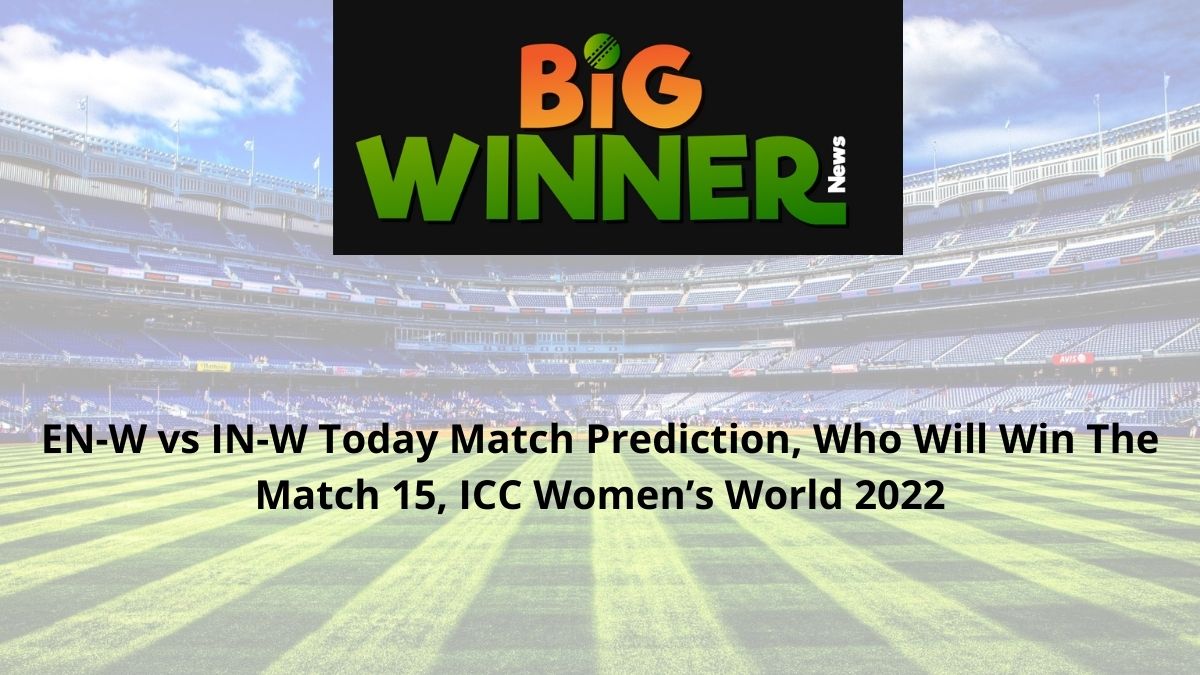 Our Experts bring you the finest today’s match prediction that you can trust. We are here for EN-W vs IN-W Today Match Prediction, Match 15, ICC Women’s World Cup, Online Cricket Betting Tips, which will provide every user with a clear picture of which team and in what aspect they can place their bets.

England are one of the most successful teams in the World Cup history and are current champions. But they have lost all of their opening three matches and their hopes to reach semi-finals are already in doubt. They lost all three matches by a narrow margin, including a last match against South Africa. Bowlers are performing below average level and failed to defend 236 runs target against South Africa, who won by 3 wickets and just 4 balls remaining.

Indian side have won two and lost one fixture from the opening three World Cup matches. They have dominated in every department against weaker teams Pakistan and West Indies. But hosts New Zealand exposed India’s weaknesses with a 62 runs. India lost the final against today’s opponent in the last World Cup and will be itching for a revenge on Wednesday.

The temperature is expected to hover around 25°C on the match-day with 44% humidity and 15 km/h wind speed. There is 1% chance of precipitation during the game.

Bay Oval pitch is excellent for the batters and bowlers both but in this tournament latter are getting more help from it. Teams have scored below average score on this pitch, including a lowest score came from this tournament fixture.

England Women are expected to win the match against India Women

England has lost all of their opening three matches and are placed in second last position with 0 points. Still, they are tipped to win this match against the Indian side, who won against smaller teams Pakistan and West Indies but lost big against New Zealand. England has won 3 of last 5 matches against India but latter won the last match by 4 wickets.

Star English opener is closing of ICC ODI best batter top rank with another fifty against South Africa in the last match. Her World Cup innings 74, 46, and 62 runs show her consistency this year. Beaumont is leading the most-runs chart for England with 182 runs in 3 matches with an average of 60.66 and a strike rate of 71.37

The 22-year-old leg spinner topped the ICC ODI best bowlers chart after her 3-wickets spell against West Indies in the second match. Ecclestone has taken 4 wickets in 3 matches with an average of 30.00 and an economy rate of 4.00.

The 30-year-old star Indian spinner has started this tournament with wickets in every fixture and now ranks 3rd in the most-wickets chart. She has taken 13 wickets in her last 5 matches and this hot form makes her best Indian bowler on Wednesday. Gayakwad has taken 7 wickets in 3 matches with an average of 14.42 and an economy rate of 3.36.