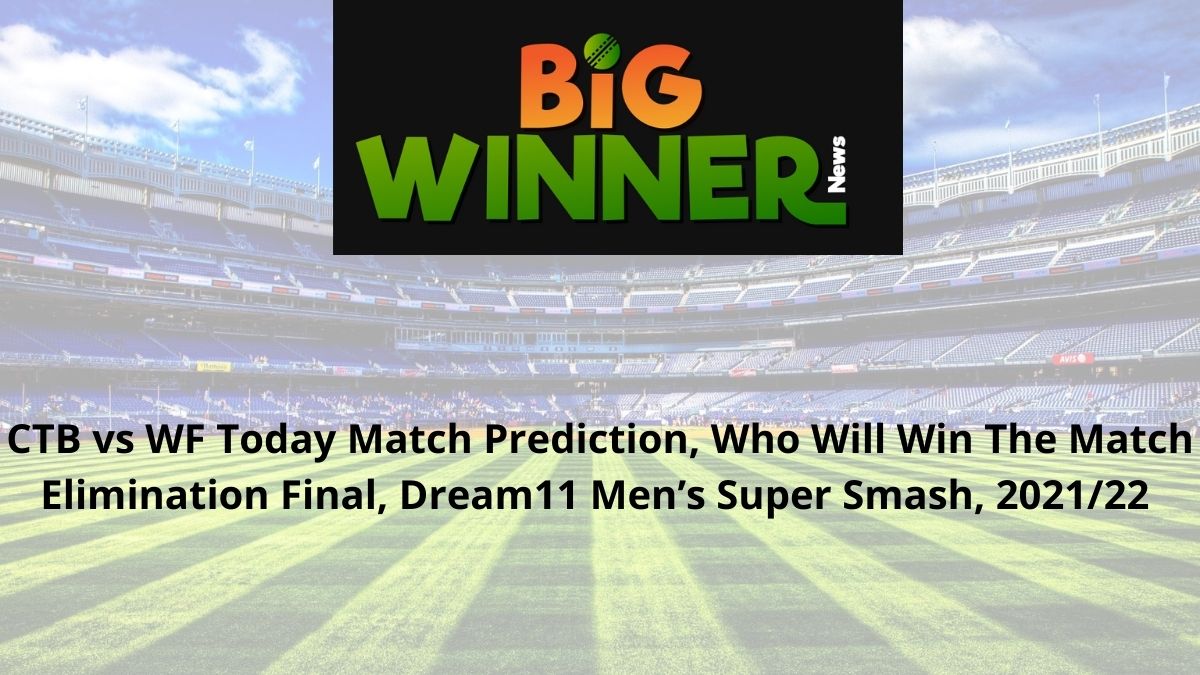 Our Experts bring you the finest today’s match prediction that you can trust. We are here for CTB vs WF Today Today Match Prediction, Elimination Final, Dream11 Men’s Super Smash, Online Cricket Betting Tips, which will provide every user with a clear picture of which team and in what aspect they can place their bets.

Canterbury Kings finished Super Smash 2021-22 season in the second position with seven wins and three losses in ten matches. They have won 4 of their last 5 matches and now face 3rd placed Wellington Firebirds on Thursday in the Elimination final.

Wellington Firebirds finished Super Smash 2021-22 edition in 3rd position with 20 points, just 4 points ahead of Central and Auckland. They won five and lost five matches and also suffered a narrow defeat in the last over against Northern Braves in last match.

The temperature is expected to hover around 13°C on the match-day with 71% humidity and 30 km/h wind speed. There are 63% chances of precipitation during the game.

University Oval pitch is batting friendly as batters can expect the ball coming up nicely without much movement on the bat. The average first inning score is just above 150 but the teams chasing have won more matches on this pitch.

Canterbury Kings expected to win the match against Wellington Firebirds

Canterbury Kings won against Wellington Firebirds in their last respective match. They have lost just once in their last five matches and Wellington has lost two of their last four matches, including their last one. Central Brave has already placed their final spot and waiting on the winner from this fixture to meet in the finals on coming Saturday.

Canterbury Kings opener is one of the few batsmen who has scored runs consistently this edition. He has scored 263 runs in 10 matches with an average of 26.30 and strike rate 146.11.

Wellington Firebirds captain scored another fifty in last match to end group stages as top run-scorer this edition. Bracewell has scored 397 runs in 9 matches with 79.40 average and striker rate of 148.68.

Young local pacer has been sensational for Wellington Firebirds this season with 13 wickets in 10 matches, he took 2 wickets in last match as well. He has impressed with his pace and length with an average of 18.15 and an economy rate of 8.42.