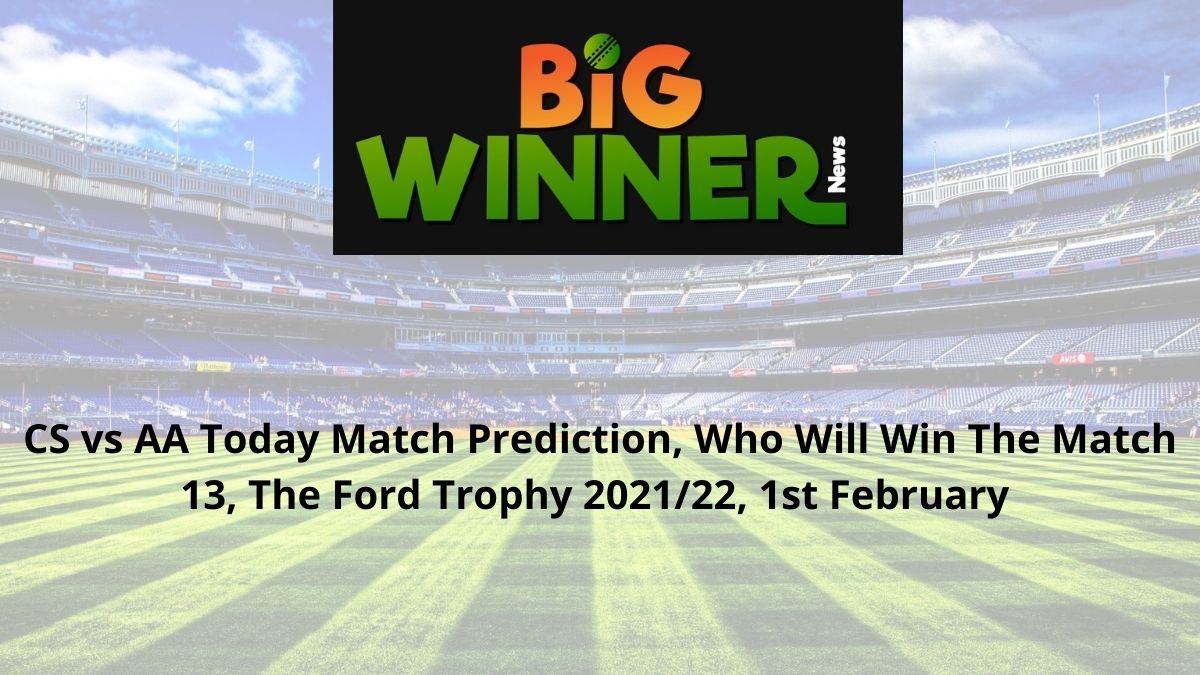 Our Experts bring you the finest today’s match prediction that you can trust. We are here for CS vs AA Today Today Match Prediction, 13TH Match, The Ford Trophy, Online Cricket Betting Tips, which will provide every user with a clear picture of which team and in what aspect they can place their bets.

Central Stags have played just 2 matches in the Ford Trophy this season. First match was abandoned and they won the second match by 6 wickets against Northern Districts. Central Stags finished Super Smash campaign in 4th position and are placed in 5th position in Ford Trophy with 7 points from 2 matches.

Auckland Aces are having a poor season with both Ford Trophy and Super Smash League. They finished Super Smash campaign in 5th position and are placed in 4th position in the Ford Trophy. They have won 2 and lost 2 matches so far and played their last match against the Stags and lost by 10 runs.

Fitzherbert Pitch has an extra bounce for the pacers and always been helpful for the bowlers. No matches have been played on this pitch and this will be a only fixture to be played on in this tournament.

The temperature is expected to hover around 29°C on the match-day with 42% humidity and 14 km/h wind speed. There are 3% chances of precipitation during the game.

Central Stags expected to win the match against Auckland Aces

Central stags are expected to against Auckland Aces in their 3rd Ford Trophy 2021/22 fixture. Stags won by 10 runs when this two sides met in the last fixture of the Super Smash campaign on 22nd January. Aces will be out there for revenge but will find it tough to beat the Stags at their home ground.

George Worker is in great form lately and tops the most runs charts in the Ford Trophy 2021/22. The explosive opener has scored 285 runs in 4 innings with an average of 71.25 and strike rate of 90.75.

Tom Bruce and his side will be playing their 2nd match of this tournament. Bruce has scored 1617 runs in domestic ODI matches with an average of 32.34 and a strike rate of 103.98.

The young right-arm pacer has played just 1 match in this tournament and was sensational in that fixture. He took 4 wickets with an average of just 6.25 and an impressive economy rate of 3.26.

New Zealand international pacer is leading the most wickets charts despite playing just 2 matches in this tournament. Ferguson has taken 7 wickets in 2 matches with an average of 10.14 and an economy rate of 4.43.