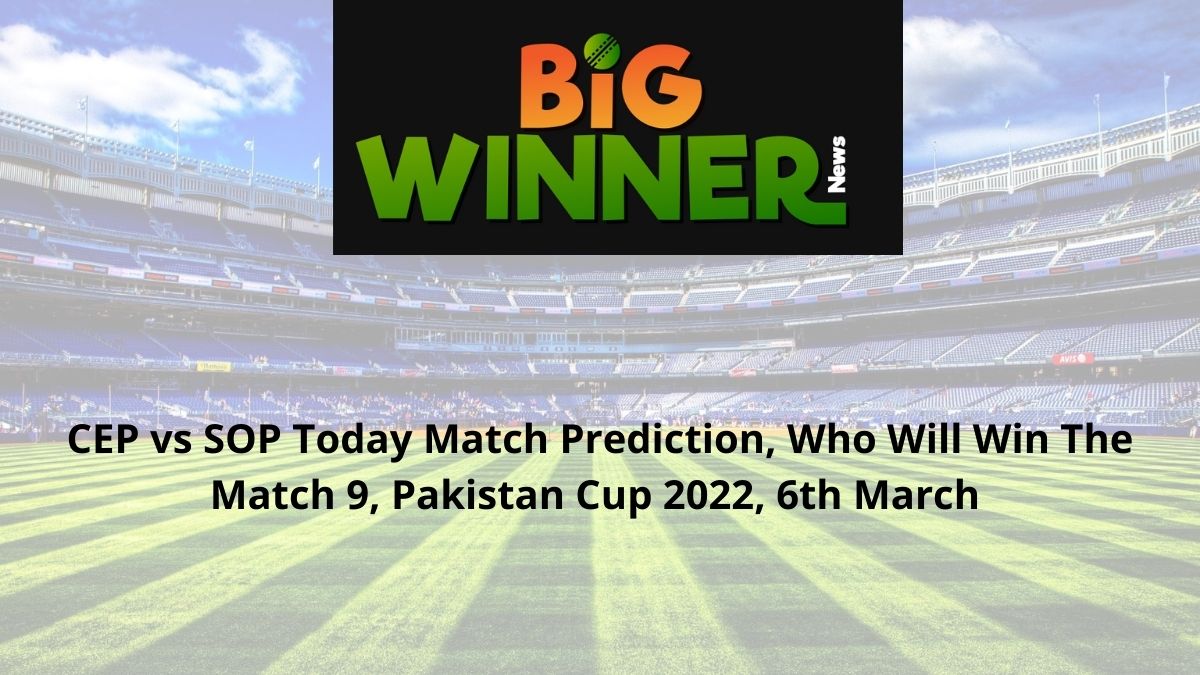 Our Experts bring you the finest today’s match prediction that you can trust. We are here for CEP vs SOP Today, Today Match Prediction, Match 9, Pakistan Cup, Online Cricket Betting Tips, which will provide every user with a clear picture of which team and in what aspect they can place their bets.

Central Punjab finished last season in the 4th position with just 5 wins in 10 matches, but reached the finals. They also finished domestic t20 season in the second position but struggled in the latest test tournament. They started this season with a big defeat against champions Khyber Pakhtunkhwa but returned to the winning ways with a 30 runs win over Northern side in the last match.

Southern Punjab finished last season in second last position with just 4 wins in 10 matches. They also struggled in the domestic test circuit with a win of 10 matches. They have lost both the opening matches this season and these are not a good sign for their any hope for reaching the semi-finals.

The Faisalabad pitch is balanced for both batters and bowlers but recently latter have received much help from this green pitch. Average score on this pitch 210 runs, so any total with run rate above 5 will be easy to defend on this pitch.

The temperature is expected to hover around 18°C on the match-day with 63% humidity and 4 km/h wind speed. There are 2% chances of precipitation during the game.

Both teams are struggling in the domestic one-day circuit this season after a poor performance in the Quaid-e-Azam Trophy. Central Punjab have won both matches against Central Punjab in the past while bowling first. They are expected to maintain that record on Sunday against struggling rivals.

The experienced wicket-keeper batsman is in good form with an excellent fifty in the last match, his second in the last 5 matches. Akhlaq is the leading the most-runs chart for Central Punjab with 96 runs in 2 matches with an average of 96.00 and a strike rate of 111.62.

The young Pakistani batsman returned to form in the last match with a fifty and will be key for Southern Punjab this year. Siraj has scored 62 runs in 2 matches with an average of 31.00 and a strike rate of 86.11.

The veteran Pakistani speedster was excellent in the last match against Northern with 4 wickets while conceding just 23 runs. Wahab Riaz is leading most-wickets chart for Central Punjab with 4 wickets in 2 matches with an average of 14.00 and an economy rate of 5.09.

The former Pakistani international pacer is in great form lately with 11 wickets in his last 6 matches. He took 2 wickets in each match this season and will be a key for Southern Punjab to finish this season in top-four. Rahat Ali is leading most0wickets chart for his team with 4 wickets in 2 matches with an average of 19.00 and an economy rate of 5.42.