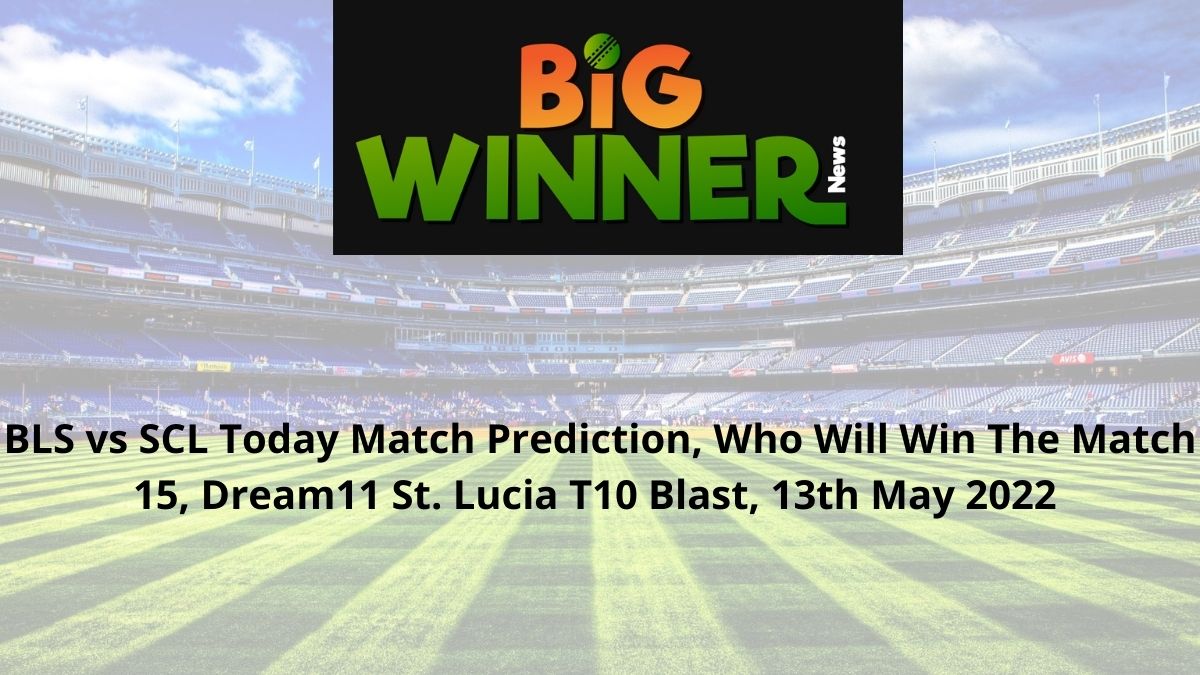 Our Experts bring you the finest today’s match prediction that you can trust. We are here for BLS vs SCL, Today Match Prediction, Match 15, Dream11 St Lucia T10 Blast 2022, Online Cricket Betting Tips, which will provide every user with a clear picture of which team and in what aspect they can place their bets.

Babonneau reached the finals last season with just a single defeat and now continue that form this season as well. They won both of their opening two matches with a dominating display and remain only team to cross 100 runs mark this season.

The Leatherbacks scored record-breaking 123 runs against Vieux Fort South Sunrisers while batting first and then restricted them to 93 runs to register a big 30 runs win. Star all-rounder Caleb Thomas scored 46 runs off just 18 balls and then 2 wickets as well to earn man of the match award.

The temperature is expected to hover around 26°C on the match-day with 78% humidity and 28 km/h wind speed. There are 16% chances of precipitation during the game.

Daren Sammy’s pitch proved neutral for the first half of this tournament and now we can expect bowlers to dominate this pitch for the second half. Average scored on this pitch is declined this season and rain is playing a big part in results as well.

Babonneau Leatherbacks started this season on a good note by winning opening two matches but saw their last match abandoned due to rain. South Castries Lions also made a winning start to this season with a big win over Gros Islet Cannon Blasters. Both teams are in good form lately so it will be a thrilling encounter on Friday evening.

The 33-year-old all-rounder is in great form this season after a disappointing last year. He scored 53 in the first match and 21 runs off just 11 balls in the last match. He ranks 2nd in the most-runs chart with 74 runs in 2 innings with an average of 74.00.

The veteran West Indies all-rounder was excellent on his debut for South Castries Lions. He scored 60 runs off just 27 balls and now in contention for the highest runs-scorer race. Charles has scored 60 runs in 1 match with an averages of 60.0.

The 16-year-old wonderkid showed his potential in the first match by taking most 2 wickets while conceding just 3 runs against GICB. He is leading most-wickets chart for South Castries Lions with 2 wickets with an average of 3.00.