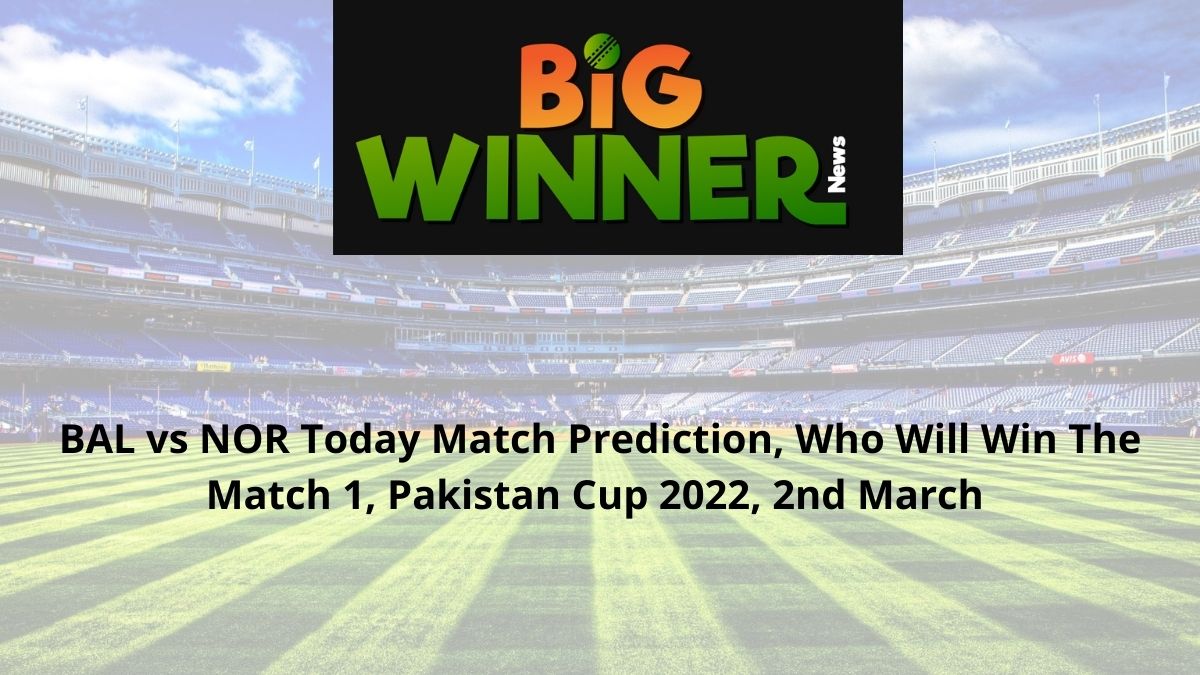 BAL vs NOR Betting Odds Comparison

Our Experts bring you the finest today’s match prediction that you can trust. We are here for BAL vs NOR Today, Today Match Prediction, Match 1, Pakistan Cup, Online Cricket Betting Tips, which will provide every user with a clear picture of which team and in what aspect they can place their bets.

Balochistan endured a tough season last year with just 3 wins in 10 matches. They finished in the last placed with just 6 points after suffering 7 defeats, including two losses against today’s opponents. Balochistan also finished first-class tournament in the last position after failing to win any match this season.

Northern side are in great for in the domestic circuit recently and are one of the favorites to win Pakistan Cup this year. They finished last season in 3rd position in the league table and lost in first semi-final. But they finished first-class tournament as table-toppers but lost in the final.

This Islamabad pitch is new so there is no data available to predict it’s nature.

The temperature is expected to hover around 14°C on the match-day with 57% humidity and 4 km/h wind speed. There are 3% chances of precipitation during the game.

BAL vs NOR Top Player:

Northern expected to win this Pakistan Cup match against Balochistan

Both teams are yet win domestic one-day trophy which has renamed as Pakistan Cup. Last season, Northern managed to reach the semi-finals round and are favorites to win this opening fixtures against Balochistan, who finished in the last position. Northern have also won two one-day matches played against Balochistan in their history.

The right-handed opener will be a key player for Balochistan in the absence of star players Imam-ul-Haq and Shan Masood. He has good numbers in domestic One-day matches and recently broke into national test team as well. Butt has scored 1305 runs in 38 domestic one-day matches with an average of 37.28 and a strike rate of 75.30 so far.

The young Pakistani all-rounder will be leading Northern side this year after failing to feature in squad for the Australia test series. Shadab Khan enjoyed a great PSL 2022 season with both ball and bat and remained best player for the Islamabad United. Shadab Khan has scored 646 runs 61 domestic one-day matches with an average of 24.84 and a strike rate of 79.36.

The young speedster will be making his debut for Northern side after a fantastic PSL season with winners Lahore Qalandars. He finished the season in 3rd position in most-wickets chart and will be looking replicate this form in domestic one-day matches. Zaman Khan took 18 wickets in 13 PSL matches with an average of 21.50 and an economy rate of 8.26